Thanks to a culturally conscious teen, a rare Chilkat robe returns to Alaska 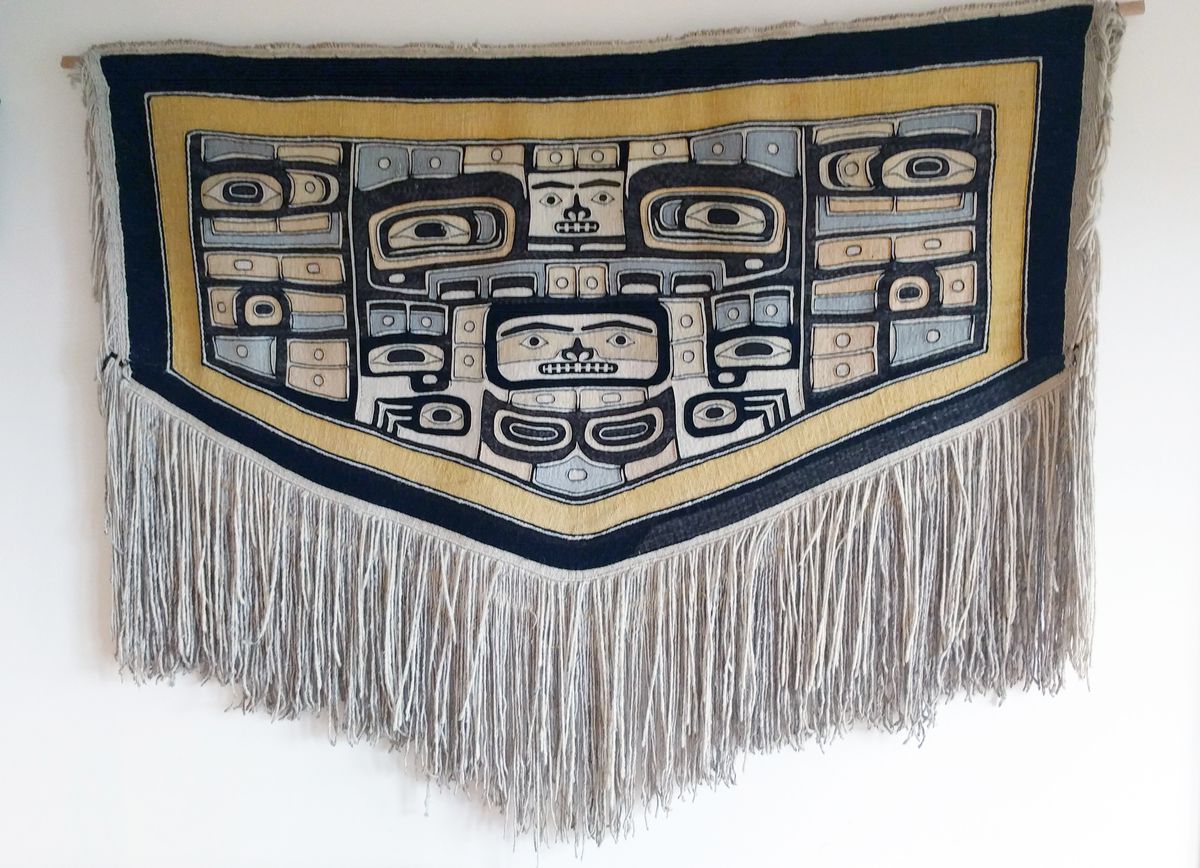 When Sara Jacobsen, 19, saw a Chilkat robe in her high school art history textbook similar to the robe hanging in her family's dining room, the Seattle teen launched her own repatriation campaign.

"She thought it was an important cultural item for the people who made it so it belonged with them, not us. (We're) of European heritage mostly," said Sara's father Bruce Jacobsen, who purchased the robe at a Seattle gallery in 1995. "It took her about a week to convince us. She was pretty relentless."

Sealaska Heritage Institute is the beneficiary of Sara's power of persuasion.

"Knowing the monetary value that the robe could bring, I was both stunned and elated that the family would donate it to SHI," said SHI President Rosita Worl. "It is in excellent condition considering that it is well over 100 years old. It will be immediately available to weavers and researchers to study."

The mountain goat wool and cedar bark robe will be welcomed at a home returning ceremony open to the public at 1:30 p.m. Saturday, Aug. 26, at the Walter Soboleff Building in Juneau.

Many educated guesses have been made by art historians about the robe's exact origins and symbols, but none point to a definite answer.

"It is a classic design although we are not able to determine what crest it is," Worl said. "It has been variously identified as a thunderbird, beaver and raven."

Around the time the Jacobsens purchased the piece, Northwest Coast art and formline design expert Bill Holm wrote about his opinion and research on the robe.

He guessed it was made around the turn of the century and noted it strongly resembles two robes featured in the 1907 book "The Chilkat Blanket" by George T. Emmons.

Holm wrote that only some small details differentiate the donated robe from the ones in "The Chilkat Blanket."

"I know of no other robe with two long, squared tertiary solid Us, one blue and the other yellow, together like this," wrote Holm. "There are some unusual and some unique features to the design, and to my recollection, it is one of a kind."

Worl suggested several possibilities as to who may have worn the robe and how it was used ceremonially.

“A clan leader might have used it during the memorial rites ceremony known as the ku.éex’ or a house-building ceremony. It might have been placed on a grandchild, who is of a different moiety, during a ceremony,” Worl said. “The robe might have also been ceremoniously presented and placed out on a table during a ceremony to ensure social and spiritual balance to ensure that harmony is maintained.”

Returning the robe to its homeland has been gratifying for Sara Jacobsen and her parents Bruce and Gretchen.

"It just seemed the right thing to do," Bruce Jacobsen said.

After the Jacobsens decided to donate the robe, Bruce Jacobsen contacted a curator at Seattle's Burke Museum of Natural History and Culture in Seattle to learn more about the piece and get recommendations on where to send it.

"The folks at the Burke really helped to educate us. They suggested SHI as an option," Jacobsen said.

"We really wanted to donate it to a group or institution that would help to keep this art form alive and growing since it seems so culturally distinct and important. Being able to return it to people who know and value it so much is a gift to us. We just feel fortunate to be able to do it."