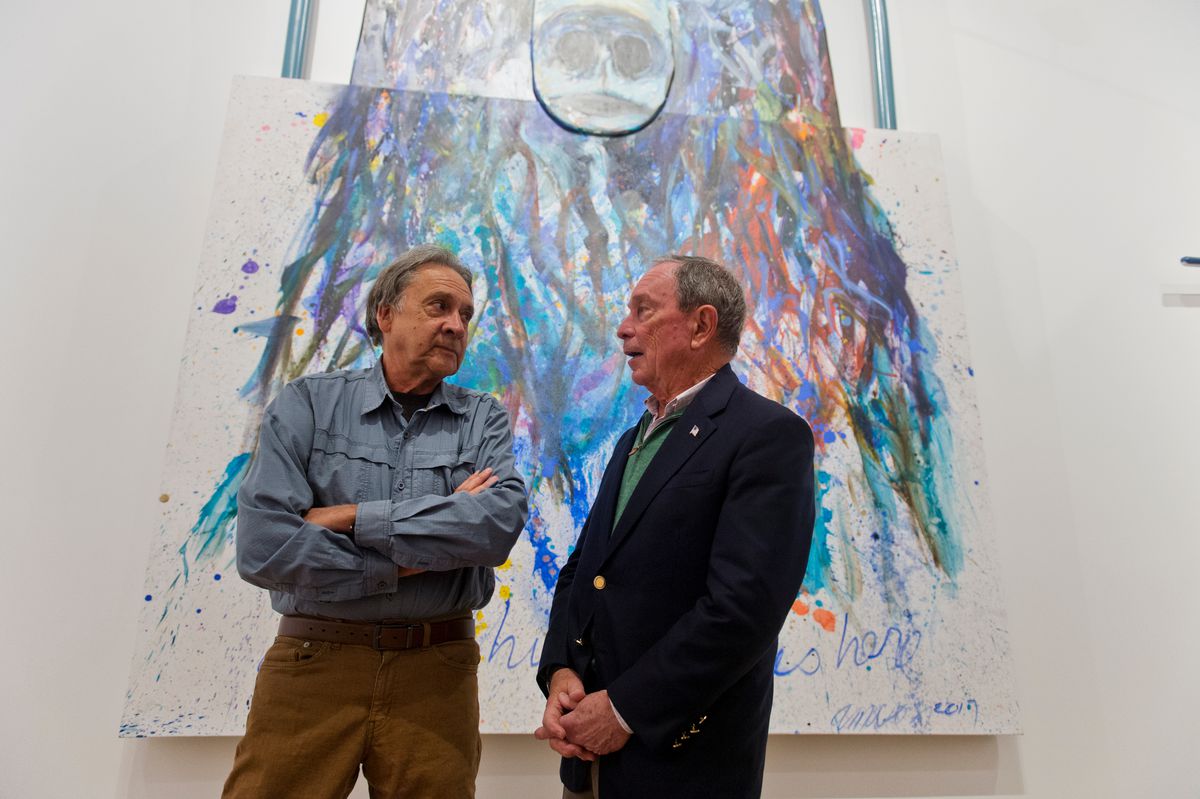 Artist Alvin Amason talks with Michael Bloomberg at the Anchorage Museum on Nov. 7, 2018. Amason’s piece “Everything I Love Is Here” is displayed behind them. (Marc Lester / ADN)

Artist Alvin Amason talks with Michael Bloomberg at the Anchorage Museum on Nov. 7, 2018. Amason’s piece “Everything I Love Is Here” is displayed behind them. (Marc Lester / ADN)

The foundation of billionaire philanthropist and former New York City mayor Michael Bloomberg is giving the city of Anchorage a $1 million grant for a project to transform an empty downtown building into a workspace for artists and designers.

Bloomberg, who announced the award at the Anchorage Museum on Wednesday with Anchorage mayor Ethan Berkowitz, said the project is designed to encourage the creation of public art. That's something he said helps cities attract and retain business and create more enjoyable places to live.

"We have a saying at Bloomberg Philanthropies that culture brings capital faster than capital brings culture," Bloomberg said.

Anchorage Museum director Julie Decker said the empty building, at 6th Avenue and A Street, will be known as SEED Lab (Solutions for Energy and Equity through Design), a meeting place for artists, designers, engineers and community members.

"I think the city needs a space where a lot of different sectors can come together and talk about the future, and so it'll be that kind of space," Decker said.

The museum will lease the building, which used to house insurance offices, from JL Properties. The city is working with the Anchorage Museum on the project.

Bloomberg said more than 200 project applications were submitted to its 2018 Public Art Challenge, which invited U.S. mayors from cities with more than 30,000 residents to submit proposals for art that addresses civic issues. Anchorage was the first winner announced, he said.

The Anchorage Museum said SEED Lab projects will look at climate, food, transportation, housing, migration and other issues facing Alaska. Decker said the first floor of the building should be ready to occupy in February. Thirty-six artists will use the space in its first two years, she said.