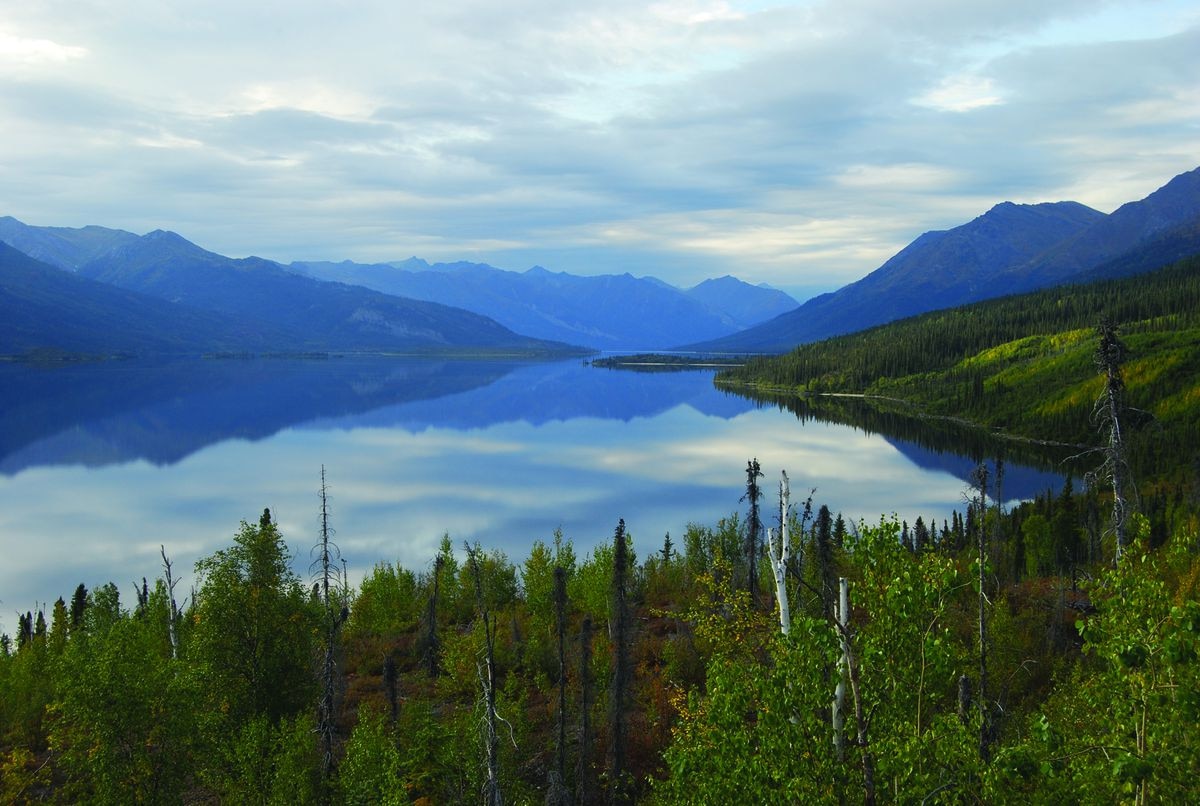 Kaluluktok Creek, as pictured in “Gates of the Arctic National Park: Twelve Years of Wilderness Exploration,” by Joe Wilkins (Photo by Joe Wilkins)

Kaluluktok Creek, as pictured in “Gates of the Arctic National Park: Twelve Years of Wilderness Exploration,” by Joe Wilkins (Photo by Joe Wilkins)

Far to the north, even by Alaska standards, the nation's second largest national park is situated entirely north of the Arctic Circle. Remote and difficult to visit without advance planning, Gates of the Arctic National Park encompasses a lengthy stretch of the Brooks Range, the northernmost extension of the Rocky Mountains. For those who can make it there (and making it there involves chartering a small plane or walking for a very long time), the park offers unparalleled wilderness experiences.

Joe Wilkins is a Vietnam vet, retired professor and backcountry maniac who got his wilderness training in Alaska in the '60s while still in the military. He fell in love with Alaska's Arctic mountains long before they were wrapped into a national park. Since retiring, he's become a regular traveler there, hiking as well as volunteering with Park Service for patrol duties taking him deep into the mountains and rivers strewn through the park's nearly 8 1/2 million acres. There are worse ways to spend one's retirement.

In "Gates of the Arctic National Park: Twelve Years of Wilderness Exploration," Wilkins recounts some of his many adventures in the park and offers over 300 photographs to illustrate what keeps bringing him back.

Narratively the book is a bit of a mixed bag. It's part guidebook, providing details for those who are considering a trip to the park, part memoir of his own experiences, part introductory work on the geology, climate, flora, and fauna found in the region, and part thank you to those who have helped make Wilkins' Arctic dream come true.

Likely owing to his military background, Wilkins writes with a precision that is crisp and attentive to details, with a careful focus on accuracy. The end result is highly informative, if a bit short on the sort of emotional passion that often fills similar works. But it's still more than enough to encourage readers to follow his footsteps.

This book isn't about the text, though, it's about the pictures. And there Wilkins shines. Open this book to any page and be stunned. Mountains, rivers, lakes, forests and tundra spill out, presenting staggering beauty.

A full-page panorama of the Noatak River passing through a valley in late fall is just one example. The muted brown colors of the tundra foliage, well past their autumn peak, lend a desert-like appearance. The valley curves off to the left toward the top of the photo while mountains capped with termination dust linger in the background. If only one could climb into the picture and head down the valley floor and see where that bend goes.

On another page we see Wilkins relaxed on a rock in a lake in the Valley of Aquarius, a scene that looks ripped out of the European Alps, with the jagged Arrigetch Peaks rising nearby. A better location for lunch would be hard to imagine. Elsewhere a sunrise begins to bleed over a mountain along the Alatna River, lending a mystical glow to the scene below.

A disproportionate number of these photographs were taken in the fall season. Wilkins, deeply familiar with the park and Alaska, knows that no time in those mountains is better. A picture of an unnamed slope finds brown and orange tundra dusted with early season snow. In another photo, two caribou look across from a creekside where the last of the summer's green grass can still be grazed, while autumn on the tundra closes in behind them. Fall in the boreal forest is seen just taking hold along the banks of the John River in a landscape shot with Gunsight Mountain in the background.

Where Wilkins' photography is truly magical, however, is in his wildlife shots. Early on we see a grizzly bear blasting across a creek. It was charging him, yet he took the picture anyway, suspecting (correctly to his good fortune) that it was a bluff charge.

The usual four-legged suspects are here. Bears (both black and grizzly), caribou, moose, Dall sheep. What stands out most, though, are his pictures of the smaller animals and birds. A trio of pictures offer a close-up view of a stoat striking what could pass for deliberate poses. Canada geese are captured along a stream, preparing for migration, and in one picture walking in seeming formation like troops on the march. Best of all are a pair of loons on Ernie Lake, engaged in a water dance. These aren't the megafauna usually seen on Alaska postcards, but through Wilkins' eye they're every bit as charismatic.

In recounting his journeys, Wilkins touches on things many people wouldn't consider. One trip takes him and a researcher to the Lake Agiak region to recover tracking collars from deceased caribou. That such collars are often used to record the movements of wildlife is widely known, but the process of recovering them usually gets overlooked. He then mentions prehistoric tent-ring sites seen on the same trip, as well as inuksuks, rocks turned upright and used as markers centuries ago, a reminder that this land has been traversed by humans for millennia. He also stops by decaying cabins left by more recent visitors that only predate the park's establishment by a few decades.

Scientific information is also to be had. There's a good section on caribou and their migrations (he's clearly enamored with the animals), and elsewhere a discussion of ice lenses and pingos.

Wilkins returns several times to his experiences in Vietnam, reminding readers that veterans of that conflict still carry those days as a formative part of who they are. For him, visits to the park are part of his lifelong work of understanding that time in his life.

Wilkins' primary goal, however, is to get people out in Gates of the Arctic, and in this he succeeds well. His straightforward approach lets readers know how to start planning and directs them to both those they need to contact and where to consider visiting. Give the book a read and start making plans.

A portion of proceeds from this book are being donated by the author to the Joe Wilkins Veterans Scholarship Fund that assists students at the University of Illinois at Springfield.