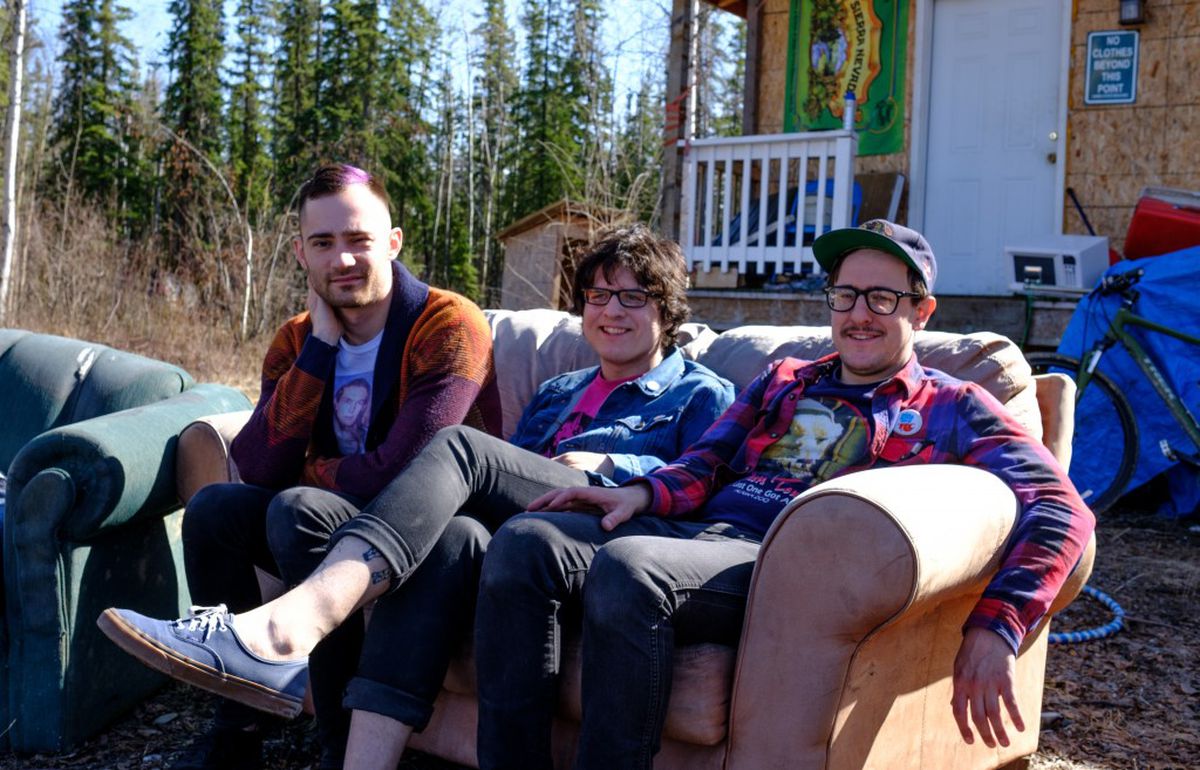 Kellen Baker's motivation for forming Granddad with longtime friend Matt Harris was simple — to fill a void he had growing up gay in Alaska and provide a voice for people going through the same things he experienced.

"I wanted to take the influences I had and turn them into a platform for people who don't have their feelings expressed," he said. "I wanted it to be the type of band I would have wanted to have (in my life) as a teenager."

Part of Baker's vision for Granddad, a self-described punk/emo/queer/party band from Fairbanks, is live shows that embrace fun, emotion and self-expression.

"We want it to be very welcoming and make it an environment where you can express your gender identity and sexuality," said Baker, the band's guitar player and singer.

"Our shows are always about having fun and building a sense of community," said Harris, the band's drummer. "The shared experience is what I really value. If someone is just staring at us, we're not doing our job. A really awesome successful show is if someone cries. It's awesome because people are really moved."

For the second time in less than a year, Granddad will take that message on the road for a Lower 48 tour.

After releasing the EP "Dumped" late last summer, the band drove its van packed with gear from Fairbanks to Seattle, touring the West Coast before finishing with dates in Arkansas and Texas.

"It had its ups and downs," Harris said. "We had a great time but it showcased some of our vulnerabilities as a band. It was emotionally exhausting. We hit a point where we were just this old married couple. You just knew what each other were thinking."

At the time, the band was just Baker and Harris. They've since added bassist Bobby Ziegler and have developed a strategic plan for future tours. When they finished their 2015 tour, they left the van and some of their equipment in Seattle. For the 2016 edition, they are flying to Seattle and heading east, touring through the upper Midwest. When their tour is complete, they will leave the van in Chicago, where it will await until a tour of the East Coast, likely in 2017.

"I left most of my drum set in the van, but brought back a few important things," Harris said. "The idea is that we pick it up and go from (Seattle). It's so difficult to have a trusted vehicle. It's costing us money to get down there, so to make it worth it, you've got to go down for a few weeks and be busy."

Granddad continues to hone its punk-emo sound. Despite being staunchly DIY, they recorded their most recent album with local ace producer James Glaves, and it's set for release in the fall.

"The newest album, sonically, is a lot better and has some of our favorite songs we've written and performed together," Harris said. "We want to shop it around to some labels and we didn't want to do that while we were on tour."

The band also produced a video for the song "Kirstie Alley's Rules to a Good Time."

Penned by Baker, the song is a story of relationship loss and longing. The video depicts a couple kissing on a couch in a first romantic encounter. As the video progresses, the individuals on the couch change and people of different sexual orientations and gender spectrums share intimate moments.

The video conveys the message that the "love shared between two people is all the same," Baker said.

"What matters is that two people, enchanted with each other, can come together in a beautiful moment," the band wrote on its website.

Emma Sheffer directed the video, which featured a number of friends of the band members, including some local musicians.

"She's amazing," Baker said of Sheffer. "We're so lucky she wants to do (projects like this) for friends."

With Termination Dust and Brux: 9 p.m. Thursday, July 21 at Williwaw in Anchorage. Free

Also: Saturday at the Marlin in Fairbanks