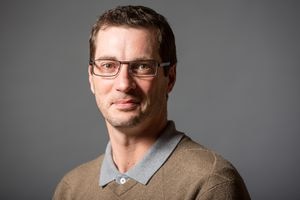 Sean Doogan has been an Alaska journalist since 2001.  He began as an anchor and reporter at Fairbanks NBC station, KTVF, before leaving to work in Anchorage in 2004.  Sean worked at Anchorage NBC affiliate, KTUU until 2011, when he was named Managing Editor at KTVF (Anchorage  CBS).  Sean came to the Alaska Dispatch in May of 2012.  He is a fourth generation Alaskan.  His grandfather, James P. Doogan, Sr., was a member of the Alaska Constitutional Conference that set the groundwork for statehood, in 1959.  Sean attended Santa Clara University (Finance 1990) and the University of Alaska  Fairbanks (Physics/Math 2001). When not reporting on Alaska news, Seans hobbies include, fishing, fishing, and fishing.