Beer, wine, liquor: With three licenses, it's all on the table for Denali Brewing Co. 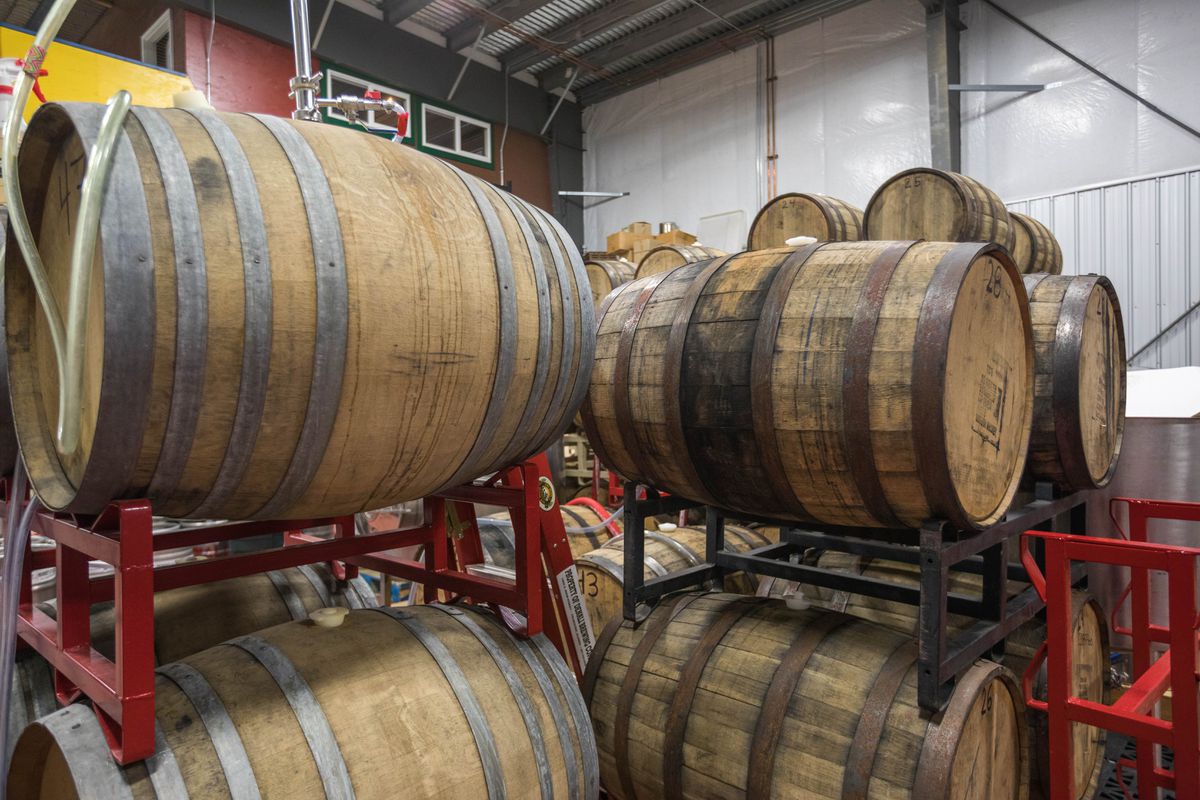 TALKEETNA — Tucked in what was formerly cold storage at Talkeetna's Denali Brewing Co. is a Frankenstein of a distilling still.

It's made of a mashup of parts found around the brewing facility located off the Talkeetna Spur Road. At about 4 feet tall and barrel-round, the still resembles an oversize keg. Denali Brewing's general manager and founding partner Sassan Mossanen said that's because it was one — well, really two, welded together.

"There are humble origins with this," Mossanen said of the still during a tour of the brewery last week.

No other business in the state has all three licenses, according to Cynthia Franklin, director of the Alcoholic Beverage Control Board.

Mossanen said one of the reasons they purchased the licenses was practical — it's illegal to sell or barter the liquor otherwise — but that it mostly stems from a passion for making fermented beverages.

"Our perspective is something different," he said last week. "It's about our ability to express ourselves. We're founded on beer, but I don't want to be limited by what's put on our license type."

While it's not unusual for breweries to branch out into other types of liquor, it's rare in Alaska. Oregon's Rogue Brewing makes spirits and cider along with the beer that made them famous. Delaware's Dogfish Head Brewing also sells small-batch spirits out of a "micro-distillery."

Jim Roberts, known more widely as "Dr. Fermento" from his long-running beer column in the Anchorage Press, said he wasn't surprised Denali went for all three.

"Your most innovative people are your brewers. They're the easiest people to think out of the box." Roberts said. "It's so natural for brewers to do that."

Beer is still the focus of the company founded in 2009 in the small town of Talkeetna, population 800. Mossanen said that this year they produced 315,000 gallons of beer, making them one of the biggest producers in the state behind Alaskan Brewing Co. in Juneau. (That company is still far and away the largest, however, at about 5 million gallons of beer each year.)

Denali Brewing purchased their wine license from Mike Kiker, owner of Celestial Meads, last spring. Kiker worked both as a full-time data analyst and a meadmeister since 2006, crafting his meads in a small Midtown Anchorage warehouse. He retired last July.

Kiker knew for a while that he wanted to shut the meadery down but wasn't sure how to do it. Then Denali Brewing came along. Kiker has strong ties to Talkeetna, he said. He's owned two cabins in the area since the 1980s.

"The more I got to know them and the beer they're producing, I thought, 'This would be a match made in heaven,'" he said of the transfer in ownership last week.

Mead is what they'll produce under the winery license, Mossanen said. He also hopes one day to use the license to produce small batches of cider from his own apples but that's a long way out. He just planted the apple trees last spring.

In the meantime, brewing containers formerly used to make small batches of beer have slowly been filled with recipes from Kiker's mead line. Two thousand gallons of "Razzery" — a mix of apples, raspberry and sour cherries — was fermenting as of last week.

With a brewing license and Kiker's mead expertise, Denali can now produce braggot, a variety of mead brewed with grain and hops, something that was impossible under Kiker's winery license.

Mossanen said there won't be a lot of changes to Kiker's mead brand, which will still be bottled as Celestial Meads. The only difference is that the label will now say the drink was made in Talkeetna instead of Anchorage.

And spirits are still a long way away. Mossanen said test runs with the still have produced a series of "elegant" spirits. They're slightly tweaking the wort, a sugar-laden mixture that ferments into beer, to make a "wash," used for distilling. The process might create a rich and warming Single Engine Red whiskey, for example, or a spicy and floral Twister Creek IPA gin.

The still only makes small batches — eight hours of distilling produces four 750 milliliter bottles of spirit — but Mossanen is OK with that. They want to take it slow.

"It's reflective of the whole process here," he said. "We just want a good product."