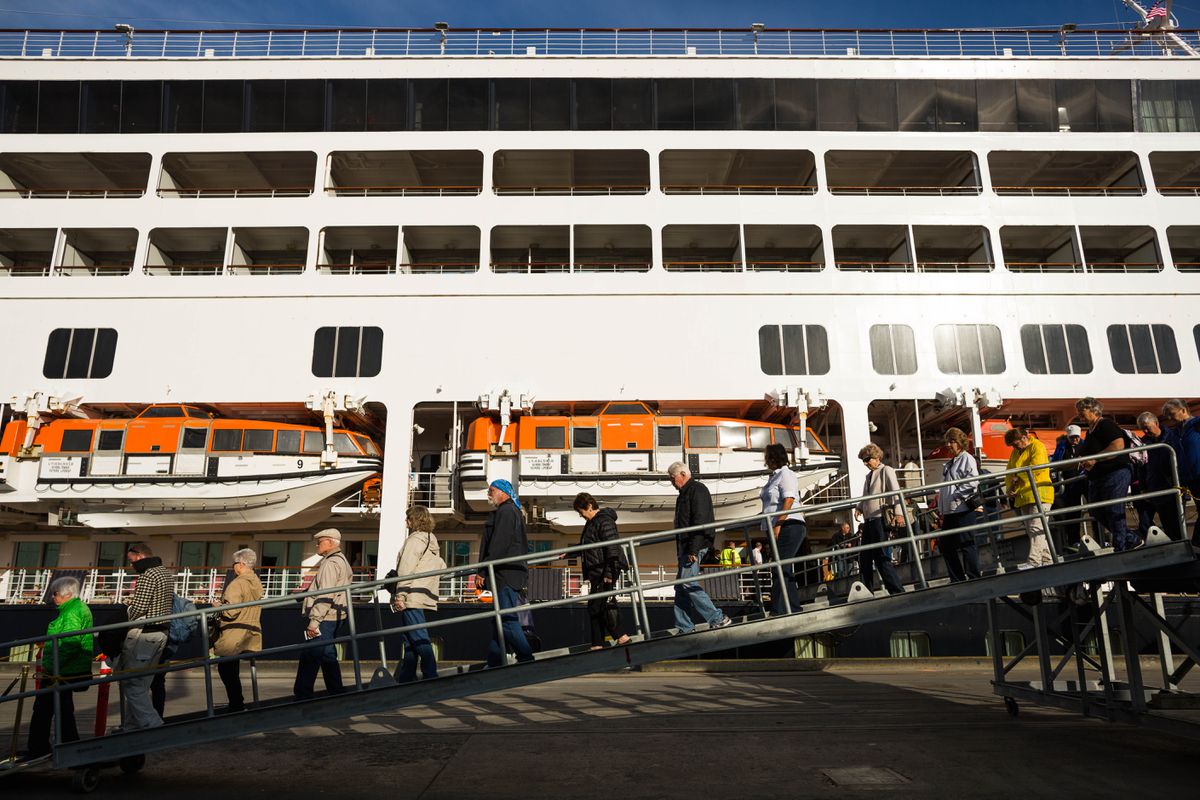 The cruise industry in Alaska brought more than 1 million visitors to the state this past season, surpassing a mark it hadn't hit since 2009. And that number is expected to grow.

Some cruise lines have announced plans to add more ships to their Alaska itineraries in coming years, and the state cruise industry association predicts the passenger count will keep going up.

Princess Cruises will increase its Alaska capacity by 15 percent in 2018 by adding another ship to its routes here, making for its largest Alaska deployment ever. Holland America Line is replacing one of its ships with a larger one in 2017, growing its capacity by about 3.5 percent from the 2016 season.

Alaska is faring so well when it comes to cruises that Carnival Corp. and Royal Caribbean Cruises have "reported price increases" for trips to the Last Frontier, Alaska Dispatch News reported this summer.

[Carnival pays record fine for pollution, including on Alaska-bound vessels]

"Interest in visiting Alaska by cruise ship is increasing, thus is our capacity to meet demand," said Brea Burkholz, a spokeswoman for Princess, in an email. Princess and Holland America are both subsidiaries of Carnival.

The 2018 season will also be longer, starting earlier in May and/or extending later into September, to allow for more sailings as demand spikes, she said.

"Alaska has been seeking additional ships being scheduled coming through Alaska," he said. "We're seeing the lines are looking for other destinations that are safe. That is what Alaska is — it's an incredible destination, an exotic destination, and it's viewed as a safe destination."

This year, however, the state cut its tourism marketing budget for fiscal year 2017 significantly.

Royal Caribbean International won't be upping its Alaska passenger load in 2017, but the company already increased its capacity recently when its Explorer of the Seas made a debut here this past summer.

The Explorer of the Seas is the biggest cruise ship ever to hit Alaska's waters, nearly 40 percent larger than most of those that visit the region. It holds 3,835 guests. That vessel alone ramped up the company's capacity in the state more than 12 percent, USA Today reported last year.

And 2018 will bring another massive cruise ship here. Norwegian Cruise Line announced last month that it will send the new Norwegian Bliss, which will carry 4,000 guests, to Alaska waters.

Another ship, the luxury vessel Crystal Serenity, also made Alaska history this summer as the largest cruise ship ever to visit Nome. That ship later went on to traverse the storied Northwest Passage.

[This luxury cruise ship will soon set sail through the Arctic. Here's what that means for Alaska.]

The Cruise Lines International Association of Alaska had predicted the 2016 season would see 1,014,000 cruise visitors. By season's end, 1,025,900 people visited the state via cruise ship, according to numbers from the association.

The cruise association said that not all 2018 schedules are public yet, but that some announcements — such as that from Norwegian Cruise Line — indicate Alaska growth will continue.

Tourism in Alaska is one of the hopeful spots in an otherwise shaky state economy. Overall, from October 2014 through September 2015, the state saw more than 2 million visitors, according to the Alaska Department of Commerce, Community and Economic Development. The cruise industry's season in 2015 brought in nearly half of those visitors.