With microloan help, Mountain View gets an espresso shop 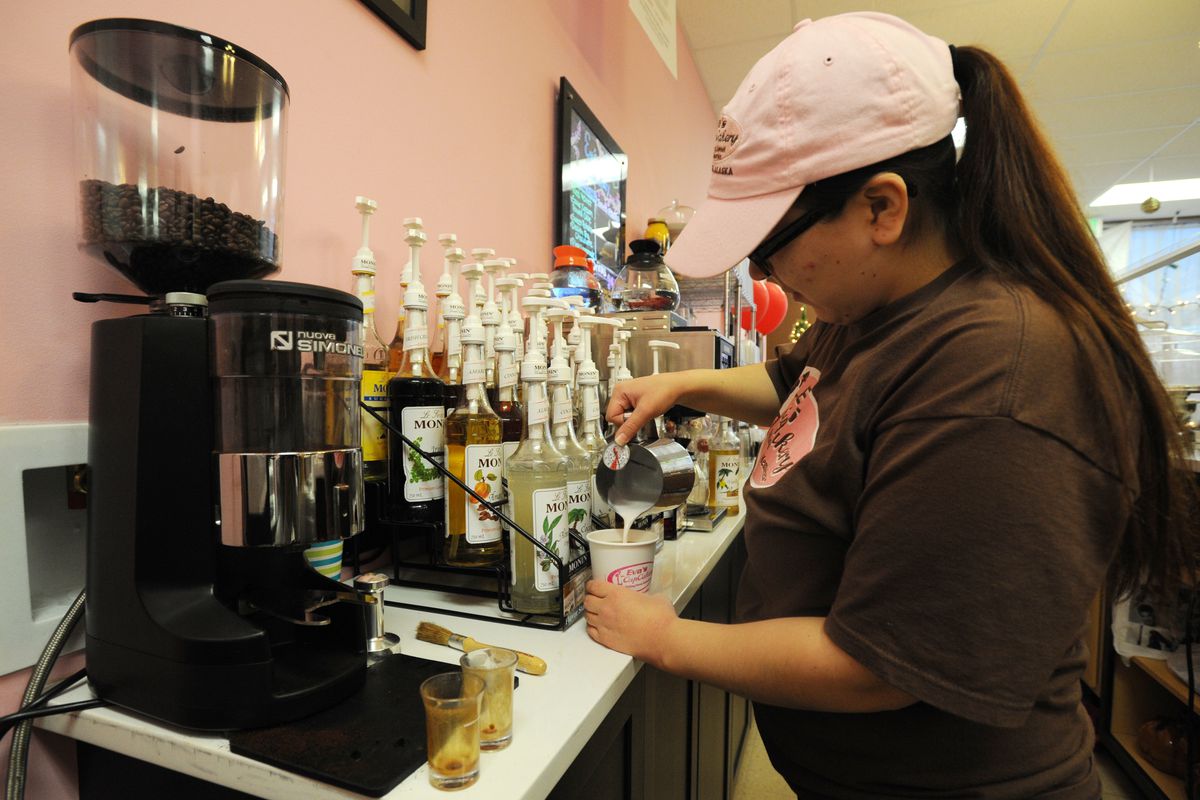 When Eva Perry opened her East Anchorage cupcake shop in 2012, she financed the operation using her and her husband's retirement funds.

It was difficult to find financing from any local banks, she said. Lenders told her the economy was too unstable to support a niche business that focused only on cupcakes.

Since she opened she's heard from people who said she should offer espresso. But she was hesitant.

"I wanted to prove I could make it work with the cupcakes," she said. "I did not want my shop to be an espresso shop that sells cupcakes. I wanted to be a cupcakery."

But now Perry feels like she's proven herself as a cupcake-only bakery and thought it was time to venture into espresso territory. So in November she added a machine, serving Caffe D'Arte coffee.

It's the only sit-down espresso shop in the neighborhood, considered one of the nation's most diverse. While there are espresso stands and places to find drip coffee, there's been no shop of its kind in the area for at least a decade, according to Emily Cohn, communications and development manager for the Anchorage Community Land Trust.

Perry paid for the espresso machine using a microloan from the Anchorage Community Land Trust. The loan is considered micro because of its size — $5,000 — and low interest rate of less than 2 percent.

Cohn said they hope to expand the program, seeded with money from Wells Fargo, to other businesses across Anchorage in the near future.

"It's designed for businesses that are operating already and are looking for some sort of capital purchase that will allow their business to grow; they're not really for startups," she said. "This is a perfect example of how to deploy the money."

Perry is a former home economics teacher from Alabama with a passion for baking. But her desire to open a bakery was sidetracked by a 20-year career in the U.S. Army. After retiring from both the military and a federal job, she decided to open the bakery.

She taught herself to make cupcakes, and her recipes range from a rainbow-sprinkled "funfetti" variety to a sweet potato-filled cupcake that celebrates her Southern heritage. Every day she serves about a dozen different flavors.

So far, adding coffee has brought in a slow but consistent stream of business. Perry said people often come in the mornings to wait for friends or for other businesses in the mall to open. Since adding espresso, she's extended the store's hours, opening at 7 a.m., and expanded her menu slightly, adding muffins and scones. She's using recipes of her own creation.

"It's just a less-sweet version of a cupcake," she said.