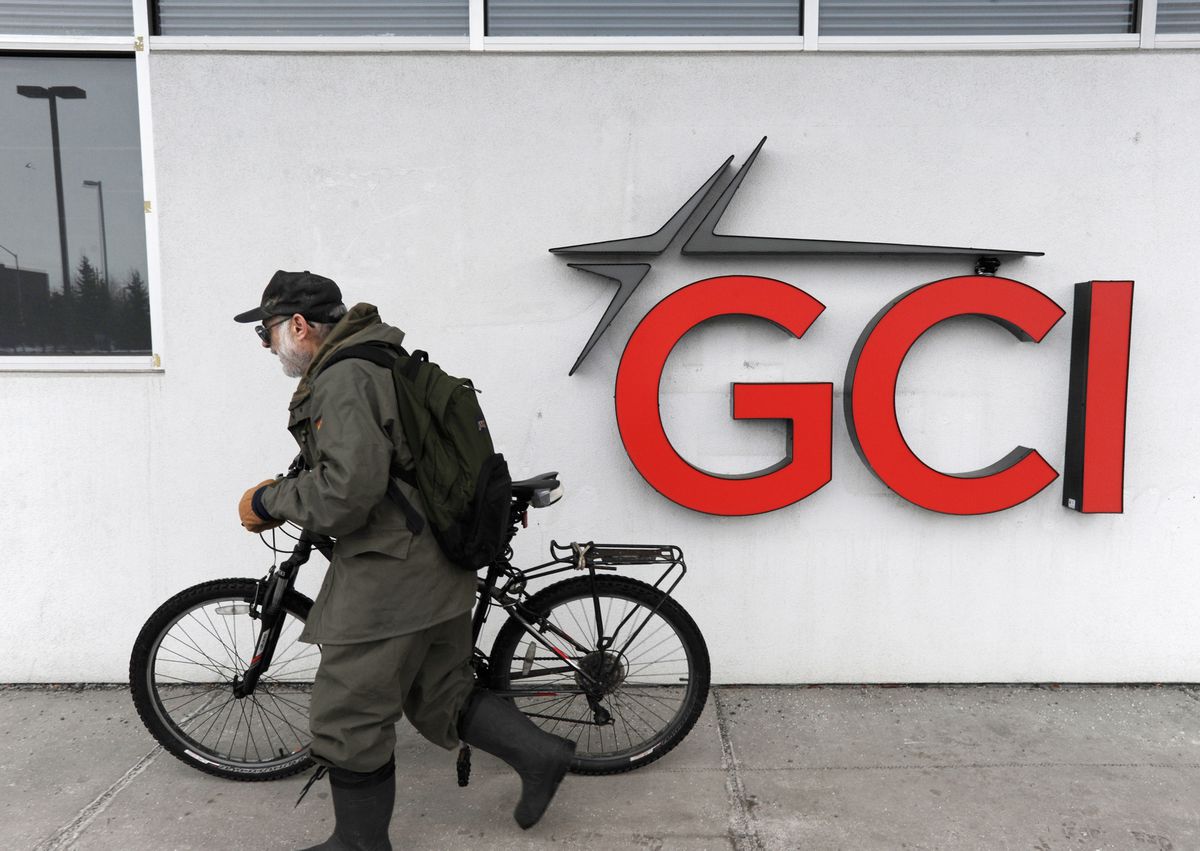 The $1.12 billion buyout allows GCI to magnify its already dominant position in Alaska and expand to markets outside the state. Investors responded to the company's brightened long-term outlook, bumping the stock up to $33.39 by the close of Tuesday trading, a 62 percent jump from closing the previous day.

The most immediate and obvious change, if the deal closes as expected in early 2018, will be to the Anchorage-based company's name, from GCI to GCI Liberty, although GCI will continue to operate under the same logo and brand.

The deal will have other effects for Liberty Interactive, splitting it into two new companies: GCI Liberty and QVC Group Inc., after the conglomerate's home shopping business.

GCI CEO Ron Duncan does not anticipate any changes to the management or operation of the company's Alaska products and consumer services, which include digital cable, wireless and home phones, internet and television stations. Sponsorships, such as support of the Great Alaska Shootout, will remain in place.

A new CEO of GCI Liberty will be in charge, but Duncan said his title will not change, GCI's existing management team will remain in place and the sale will not affect employee numbers.

"Most of what I'm doing will remain the same," said Duncan. "I'm still CEO of GCI up here and my principal focus is on executing GCI's business plan. We have an ambitious plan to continue to grow the company. That's what I do and what I've done for 40 years."

GCI Liberty will be incorporated in Delaware, a common practice for corporations given the state's business-friendly tax and regulatory structures, but GCI itself will remain headquartered in Alaska. What that would mean for the company's tax obligations in Alaska are unclear at this point, said Ken Alper, director of the state's tax division.

[Related: What is Liberty Interactive, the company buying GCI that's headed by a billionaire mogul?]

Duncan and Liberty CEO John Malone have ties dating to the early years of GCI, a company Duncan founded in 1979 from an apartment in the Anchorage neighborhood of Bootlegger Cove. The name "GCI" was derived from the names of two early investors: Malone's company, TCI, and MCI, a large telecom eventually purchased by Verizon.

"TCI was our original sponsor and we were a wholly owned subsidiary of theirs until 1986, when we were spun out as stock and we eventually went our own way," said Duncan. "It's a good group of people who I've known for a long time."

Duncan, 65, did not elaborate on his compensation in the deal beyond noting the benefit to his stock portfolio.

"Nothing changes for me, but I am a large GCI shareholder and I obviously had a good day in the market today," Duncan said.

The acquisition puts GCI, which pulls in nearly $1 billion in annual revenue, in position to expand both within and outside Alaska through dramatic growth of the company's balance sheet. GCI Liberty will also include an array of Liberty's existing stock holdings: Liberty Broadband, Charter Communications, LendingTree, Evite and the online floral delivery business FTD Companies. Currently valued at a total of $5 billion, those stocks will become available for GCI to sell or borrow against in order to finance growth.

"Ron Duncan and his team have done a great job in Alaska and have run out of things to do there," said Barry Sine, director of equity research at U.S. investment bank Drexel Hamilton. "Now they get a bigger company and they can go out and do a lot of acquisitions and expand GCI outside of Alaska, and this gives them a lot of cash to do that."

Sine, who closely follows the Alaska telecom market, said he sees opportunities for the new company in markets across the Pacific region, including Washington state, Hawaii and Asia. The most obvious play from his perspective is expansion in the growing undersea fiber market. GCI already owns a $125 million fiber optic cable connecting Alaska to Seattle.

"Undersea fiber is the wild west of telecom, and it's growing fast," Sine said.

Matt Polka, president of the American Cable Association, GCI's Washington, D.C., lobbying group, said he thinks the merger will open up "a world of possibilities for consumers and communities in Alaska," particularly in remote areas. Polka said his group, which represents small and medium-size cable companies, will continue to represent GCI.

In an email to GCI's 2,300 employees, most of whom are located in Alaska, Duncan called the buyout "a fantastic opportunity to continue to grow GCI as we always have, now with the assistance of a larger organization with deep ties to our industry."

Alaska's recession was a factor in the deal, according to Duncan. Entering new markets outside the state insulates the company from the effects of the economic slowdown, which was caused by low oil prices and the Legislature's inability to put the state on solid fiscal ground. Duncan and GCI began lobbying heavily before the 2016 Alaska legislative session for a fiscal plan that includes a mix of budget cuts, new taxes, and spending a portion of investment earnings of the Permanent Fund.

"This solves a problem for us in that it allows for diversification," Duncan said. "We had huge risk in Alaska with the economic disaster and all of GCI's fortunes dependent on what 60 people do in Juneau. And that's an uncomfortable position to be in. Now, we don't have that huge rain cloud hanging over us where if the Legislature doesn't get it together the whole thing could blow up."

Duncan said that the vast improvement in the company's financial situation will not change GCI's earlier decision to pull back on capital spending in Alaska.

Liberty paid $1.12 billion for partial ownership of GCI, which is valued at a total of $2.7 billion. The parent company will have 77 percent ownership of GCI Liberty, an equity stake that encompasses part of GCI plus $5 billion-worth of stock in the other companies already owned by Liberty.

Liberty Interactive Chief Executive Greg Maffei will take over as CEO of GCI Liberty with the rest of GCI's management structure remaining unchanged. GCI's board will be replaced by a new corporate board that will govern GCI Liberty. Duncan and Donne Fisher, a former TCI executive whom Duncan considers a mentor figure, are the only sure members so far. Duncan said the board will eventually consist of five or six individuals.

ACS, the state's second-largest telecom and GCI's rival in Anchorage and other communities, is now at a larger disadvantage than ever to GCI, but could stand to benefit from the deal. Sine said Liberty's entry into the Alaska telecom market has sparked interest among investors who had not been aware that investable telecom properties existed in Alaska.

"My phone has been ringing from all these investment funds who are saying, 'Hey who else can we invest in in Alaska?' And over time they are learning that there's not just one telecom in Alaska, but two," he said.

Liberty Interactive expects the deal will close in the first quarter of 2018, the company said. The sale must undergo review and approval by the Justice Department, the Federal Communications Commission, the Regulatory Commission of Alaska and two-thirds of the shareholder voters of GCI, according to Liberty.