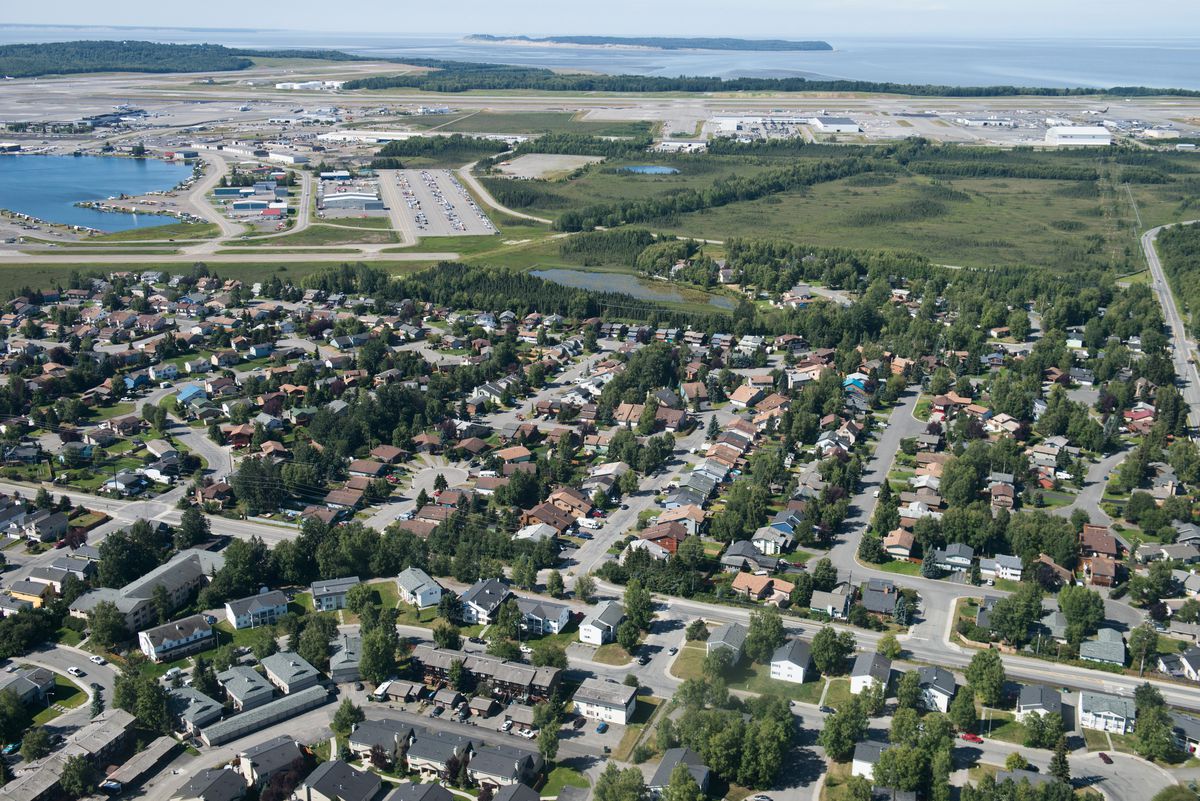 Anchorage's typically tight rental market is loosening. Vacancies are up and rents are down compared to last year, with some landlords even offering one month free on a year lease and other incentives.

But there's a downside. A more renter-friendly market is a symptom of job losses in the current recession and uncertainty over the fiscal decisions being hashed out in Juneau, according to real estate professionals.

"I think rents are going to keep coming down if the economy continues to be unstable," said Carolyn DeYoung, property manager for Century 21 Realty Solutions. "It's going to get worse before it gets better. People aren't going to stay here if they can't find jobs."

Concessions to renters, such as $250 off move-in costs, are increasingly common, said Ryan Schmittinger, regional director for Weidner Apartment Homes. The Kirkland, Washington, company is the largest player on the Anchorage rental scene with more than 4,600 units in the city.

There's also a greater effort to keep renters whose leases are expiring.

"We look very carefully at every expiring lease to try to find a way to retain them," Schmittinger said. "If people are interested in longer-term leases, it's something we can discuss."

The increase in options is leading more prospective renters to comparison shop, a behavior that, until recently, was rare, according to Schmittinger.

"Anchorage is a place where supply was limited, but now there are more things available to shop for," he said. "We're seeing people going to three or four different properties and comparing prices, which is unusual."

Anchorage's vacancy rate increased in 2017 to a decade high of just over 5 percent. That's higher than the peak of 4.7 percent during Great Recession in the late 2000s, according to the annual rental market survey by the Alaska Housing Finance Corp. and the state Department of Labor and Workforce Development. The survey, released in mid-June, covered more than 8,300 properties.

Vacancy rates in the Matanuska-Susitna and Kenai Peninsula boroughs are also at 10-year highs. The change was especially pronounced in the Mat-Su, with the vacancy rate more than doubling from 3.6 percent last year to 7.6 percent in 2017. The statewide vacancy rate of 7.3 percent is also at a 10-year high, according to the survey.

Wayne Nelson, a Wasilla-based property manager for Double Eagle Real Estate and Investments, said the increase in Mat-Su vacancies is due in part to layoffs in the oil industry. Double Eagle rents about 125 properties in the borough, and the departure of former North Slope workers from the area has affected the company's single-family home rentals.

"Some of the higher-end jobs have left the state, the ones with the income to rent a whole house. Those are our biggest deals — the homes," Nelson said. "We don't have problems with apartments being rented."

DeYoung said some of the owners represented by Century 21 in the Matanuska-Susitna Borough are offering one month free on a one-year lease. The company assists with rentals in Anchorage, Mat-Su and the Kenai.

In her experience, some property owners are still adjusting to the new reality of the rental market.

"I've had to call more than one owner to say 'OK, they (the prospective renter) will pay $1,500 not $1,600 a month, because they can rent the same thing down the street,'" said DeYoung, who has worked in the industry for 18 years.

In Anchorage, the median rent, including utilities, registered negative growth for the first time in a decade. At $1,200 in 2017, it was $14 lower than the previous year, according to the survey.

Median rent, plus utilities, statewide also reversed trend for the first time since 2008, decreasing by $27 to $1,148.

"What Alaska has experienced is atypical, when we were running for years at 98-99 percent occupancy," Cerbana said. "It's not healthy for residents when a market is weighted toward the owners of real estate."