Alaska is about to lose another Blockbuster video store 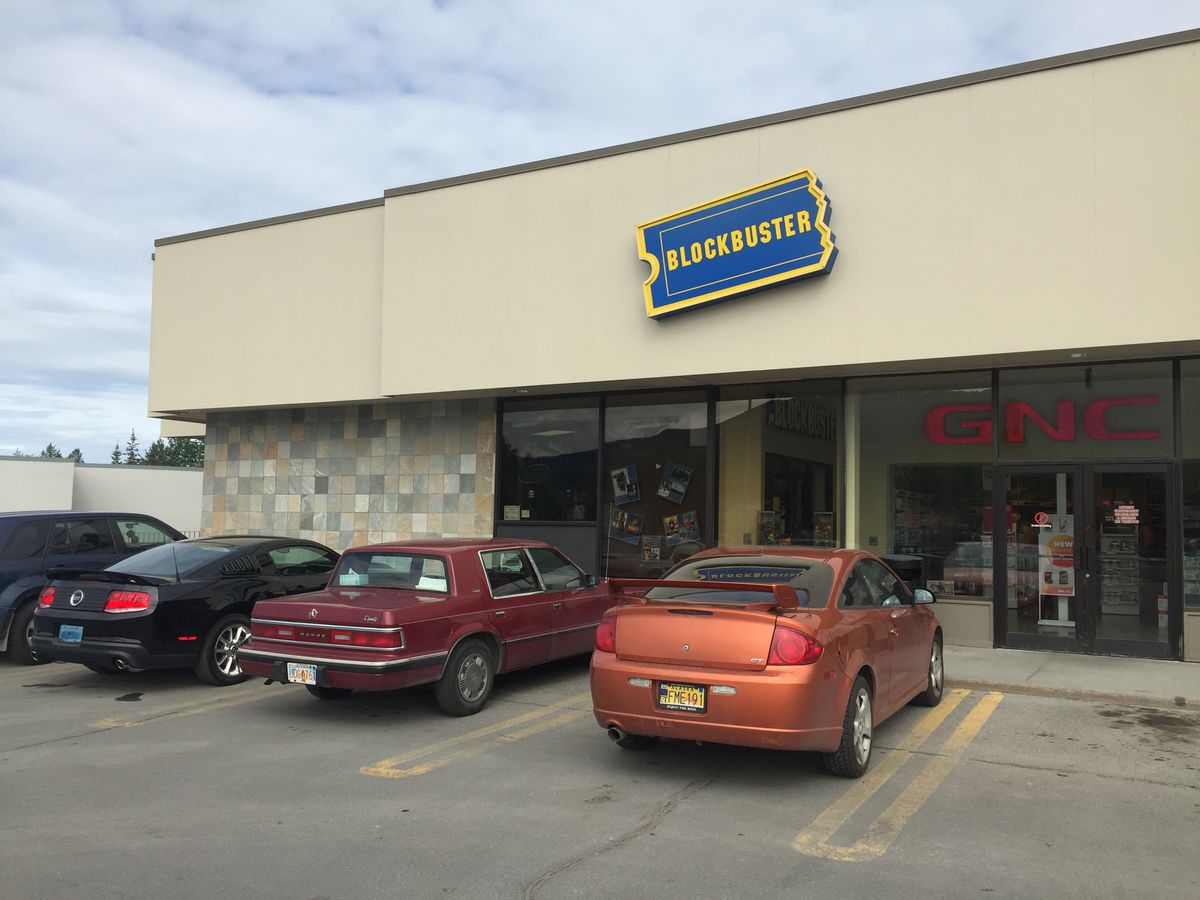 Another Alaska Blockbuster video store is about to close.

The Eagle River location will shut its doors in July. Alan Payne, the owner of Austin, Texas-based Blockbuster licensee Border Entertainment, said business had declined too much to keep the store going.

“Sales have dropped to the point where we can’t keep it profitable,” Payne said. “In our business, you don’t ever really think you can get it back once it’s dropped.”

The store on Business Boulevard will cease its video rental business after Wednesday and then open Thursday at noon to start selling off merchandise. Payne said the store would stay open until July 23.

The closure will bring the number of Blockbuster stores in Alaska, all run by Border Entertainment, to six. They are in Soldotna, Wasilla, Fairbanks, North Pole and Anchorage, which has two.

“At some point, when you don’t have a large population like Wasilla and Anchorage stores have, it just drops to the point where it doesn’t work anymore,” Payne said when asked what specific challenges the Eagle River store faced.

Last year, the Kenai Blockbuster store closed and so did another in Midtown Anchorage. In recent years, locations in Juneau and Kodiak have also closed.

When the Midtown Anchorage store closed, Payne acknowledged that one big factor is consumers shifting to streaming services such as Netflix.

Since Blockbuster's bankruptcy in 2010 and subsequent store closures across the country, Alaska has become one of few states where the stores have managed to stay open.

The Washington Post reported in April that most of the remaining Blockbuster stores were in the Last Frontier. The Blockbuster website lists 12 locations, with just a few in Oregon and Texas. That site then directs visitors to the website for Dish Network, which bought Blockbuster in its 2011 bankruptcy auction.