Fishermen seeing higher salmon prices across the board 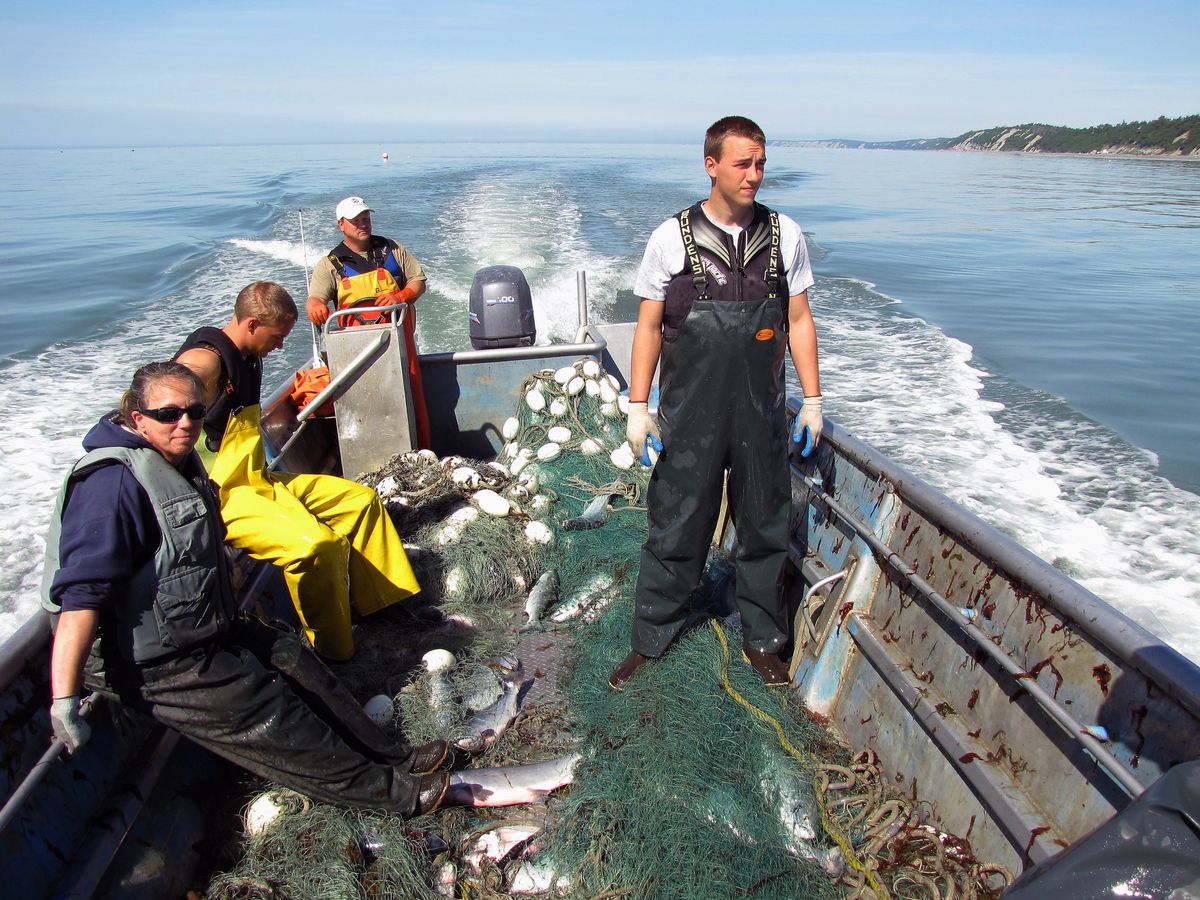 Commercial setnetters at work in Cook Inlet after picking fish and pulling their nets during an east side setnet opener in July. (Mike Chihuly)

Commercial setnetters at work in Cook Inlet after picking fish and pulling their nets during an east side setnet opener in July. (Mike Chihuly)

As predicted, Alaska fishermen are getting higher prices for their salmon this year.

That follows a 2016 season that saw lackluster catches in all regions but Bristol Bay, a failure of pink salmon runs, and paltry paychecks nearly across the board.

Prices paid Alaska salmon fishermen depend on the region, the species, the type of fishing gear and, most importantly, global market conditions. Salmon prices also reflect bonuses for iced fish, dock deliveries and other agreements between a buyer and seller.

As a fishing season unfolds, buyers watch the strength of the salmon runs. Until the fish are actually sold at wholesale, prices are in flux.

It all adds up to a lot of uncertainty. That said, a canvassing of fishermen, processors and managers shows that early indicators are good.

Bristol Bay started the optimism when Copper River Seafoods in late June posted a price of $1.35 a pound for top-quality sockeyes. Bay reds averaged 93 cents a pound last summer. No word yet from other buyers as the sockeye run blows past the 27 million forecast with no end in sight.

In Kodiak, sockeye prices were posted at $1.40 for bled-and-chilled fish, compared to a 96 cents average last year.

Chums, which are arriving in record numbers in parts of the island, were posted at 40 cents a pound for bled and chilled fish, up from 29 cents on average at Kodiak last year.

For early Kodiak pinks, a price of 35 cents for bled/chilled fish is a 20-cent increase from a year ago.

Icicle Seafoods at Kodiak's Larsen Bay has chums posted at 55 cents a pound for bled/chilled fish and $1.40 for sockeyes.

Troll-caught kings from Southeast's four-day July fishery fetched nearly $7 a pound, according to fish tickets, up $2 from last summer's average. Trollers now have switched to coho salmon, which are averaging $1.40 a pound.
Other Southeast fishermen also are seeing record chum catches, which are fetching 80 cents a pound compared to just 25 cents on average last year.  Gillnetters so far have caught nearly five times as many chum salmon this year.

Similar chum prices were reported from Prince William Sound, up from 32 cents.

The demand for roe, most of which goes to Japan, is driving the increased interest in chums. Steady declines of Japan's local fishery over a decade have sent prices soaring up to 40 percent over the past year. Typically, the local fishery has accounted for 70 percent of total chum roe supply,

The news site Seafood.com reports that salted chum roe is selling at Tokyo's Tsukiji Market for $30 to $35 a pound, the highest prices in 30 years.

Alaska's most celebrated seafood bash will happen a few months earlier to broaden the exposure for new products.

The 2018 Alaska Symphony of Seafood is switching its popular events from the traditional winter unveilings to the fall.

"We heard from a number of companies that the timeline was a bit late for preparing new products and participating in national and international competitions. It will give winners more time to plan their travel and to enter their products in the Seafood Expo North America contest in Boston in March," said Julie Decker, executive director of the Alaska Fisheries Development Foundation, host of the event for 25 years.

The annual contest showcases new products in four categories: retail, food service, Beyond the Egg and Beyond the Plate, which features items made from seafood byproducts. Judging will occur during the Pacific Marine Expo in Seattle, set for Nov. 16-19.

The event also will feature a Hall of Fame highlighting winners over the past quarter century.

"It will be a really interesting opportunity for everyone to see product development trends," Decker said. "With some of the winners, people will recognize common, everyday items that were actually Symphony winners years ago. It will be a really fun way to encapsulate what 25 years has meant to the industry."

An official awards ceremony is planned at a seafood soiree set for February in Juneau.

This year, Coppa of Juneau took home the grand prize, tops in food service for its candied salmon ice cream.

Dear North Alaska Salmon Bites, a product of the Huna Totem Corporation, won first at retail. Bruce Gore Coho Salmon Bottarga by Triad Fisheries won in the Beyond the Egg category, and Tidal Vision of Juneau's Crystal Clarity pool cleaner made from crab shells won the Beyond the Plate category.

The call for products is set for mid-August with an entry deadline of October 6. More info is on the AFDF website.

Bristol Bay, the world's biggest sockeye fishery, is living up to its name with a catch already topping the 27 million fish forecast and still going.

Many of the reds will soon be showcased during an expanded program that builds on the success of a three-month pilot project last fall in Boulder, Colorado.

"During that time, our retail partners saw an 8 to 14 percent lift in sales year over year. Based on those results, we decided to move forward and continue with some expansion and keep building our brand in other markets," said Becky Martello, executive director of the Bristol Bay Regional Seafood Development Association.

The fisherman-run group is bankrolling the "Wild Taste, Amazing Place" branding program with a 1 percent tax paid by drift netters on the landed value of their catch.

Details of the expanded promotion are still being worked out and Martello could not disclose the regional chains that plan to participate.

"We'll be focusing on larger areas rather than retailers in one city, as we did in Boulder," she explained, adding that a big push will include National Seafood Month in October and during Lent.

In partnership with Anchorage-based Rising Tide Communications, the group has created in-store videos and digital images, recipes, chef specials, even fish wrapping paper and stickers bearing the Bristol Bay logo. The most important component, Martello said, is training the people behind the seafood counters.

"We educate the retail staff so they can be champions of the brand and really sell it to customers. They are able to talk about why Bristol Bay salmon is a good choice, and explain how they are supporting small boat fishermen," she added.

"I feel like we've really opened the door for communication and collaboration between us as a fishermen's group and the processing sector," Martello said.