Marijuana business boomed, but it was a more subdued PFD day for other retailers 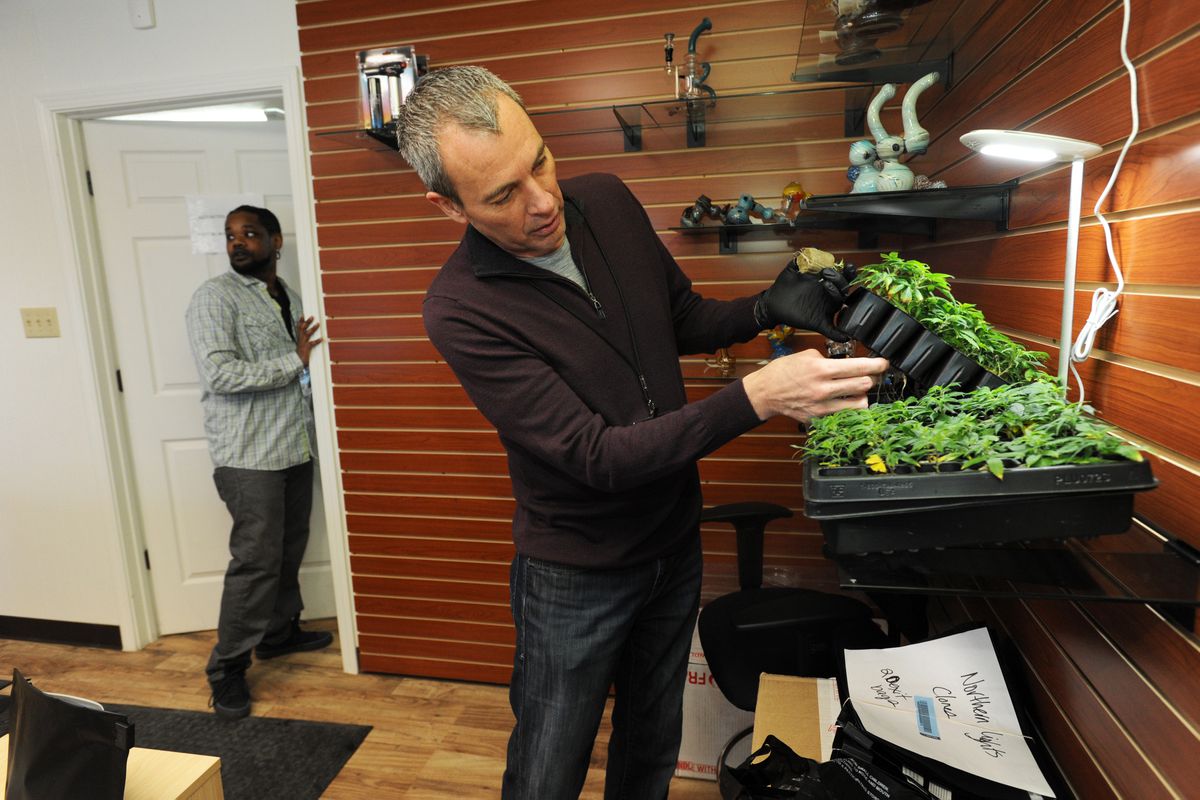 This was the first year Alaska's marijuana shops were open to reap the immediate benefits of Permanent Fund dividend day — the annual event when Alaskans get money from the state's oil wealth fund — and managers or owners at several stores say customers did not disappoint.

"PFD madness," said Will Ingram, general manager at Alaska Fireweed in downtown Anchorage. "I staffed up a little bit heavy to make sure we'd be OK. And I'm glad I did because people were ready to go."

The shop felt busy the way it did when it first opened in December, he said. It started last Thursday, when PFD direct deposits ($1,100 per person this year) hit bank accounts, and lasted through the weekend.

The extra business brought a boost as tourist season fades away. People were buying a bit more product than usual, Ingram said, and taking time to calculate how much they could afford.

At marijuana retailer Herbal Outfitters in Valdez, general manager Derek Morris estimated the shop had about 30 percent more customers than usual around PFD day. A lot of them were doing holiday shopping. The store sold a lot of pricier items like high-end vaporizers and glassware, he said.

"It was the first holiday that we had time and stock and we've been up and running," she said. "We were prepared. It was a great day."

In Fairbanks, business at marijuana store Pakalolo Supply Co. was lifted both by Alaskans getting their PFDs and a vote last week in three Alaska communities that decisively shot down three measures aimed at banning marijuana stores and other facilities.

"Between the vote and PFDs happening all at once, we've been very busy," said Keenan Hollister, co-owner of Pakalolo. "We were doing the whole, 'we kept it legal' sales, and the PFDs were kind of an afterthought. This week has led to a nice kickoff to the winter."

But not all businesses saw a PFD spike. At the Lithia Chrysler Jeep Dodge Ram of South Anchorage dealership, general manager Troy Jarvis said car sales during the first week of October were down 27 percent compared to the same time last year. (He added that 2015 and 2016 had three times as much business as 2014.)

Three years ago, he said, 90 people advanced their PFDs for a car down payment before the state money actually hit their bank account. This year, just six people did that.

"I think the 27 percent decline this year to last year is absolutely the economy," Jarvis said. "But the willingness of people to spend their PFD ahead of time … I think the excitement of using your dividend in advance has kinda worn off."

Business in the first week of October was up 30 percent compared to the last week of September, Jarvis added.

"The sentiment is to hold on to your money right now," he said. "I don't think there's a lot of people out there spending their PFDs."

Other retailers still saw people coming out to spend their money, but noted a shift in what they bought.

The Costco on Dimond Boulevard in Anchorage was busy on dividend day and over the weekend, said general manager Bob Ripley. But a lot of people were focused more this year on buying things they needed, rather than things they wanted, he said.

"I like to think I saw a little more — I don't want to say responsible purchasing, but I saw a lot of food, people stocking pantries and things like that," Ripley said. "When there's half (the dividend amount) of what there would have been, there's an effect on our sales for sure."

The Legislature this year set the dividend amount at $1,100, about half of what the historical dividend calculation would have factored for Alaskans.

The Hole Look, a tattoo and piercing shop in Midtown Anchorage, was as busy as it usually is around dividend day, said owner Jill Williams. This year, more than two dozen people were lined up Sunday afternoon to take advantage of a piercing special. Others were plopping down advance payments for tattoo appointments.

"I feel, personally, when I get $1,100 … I kind of need some fun stuff, I don't want to do all practical, like snow tires," Williams said. The rush of customers in early October each year usually fuels the shop through Halloween, she added.

She said it seems like people have adjusted to a smaller dividend compared to two years ago, when Alaskans received $2,072 from the state.