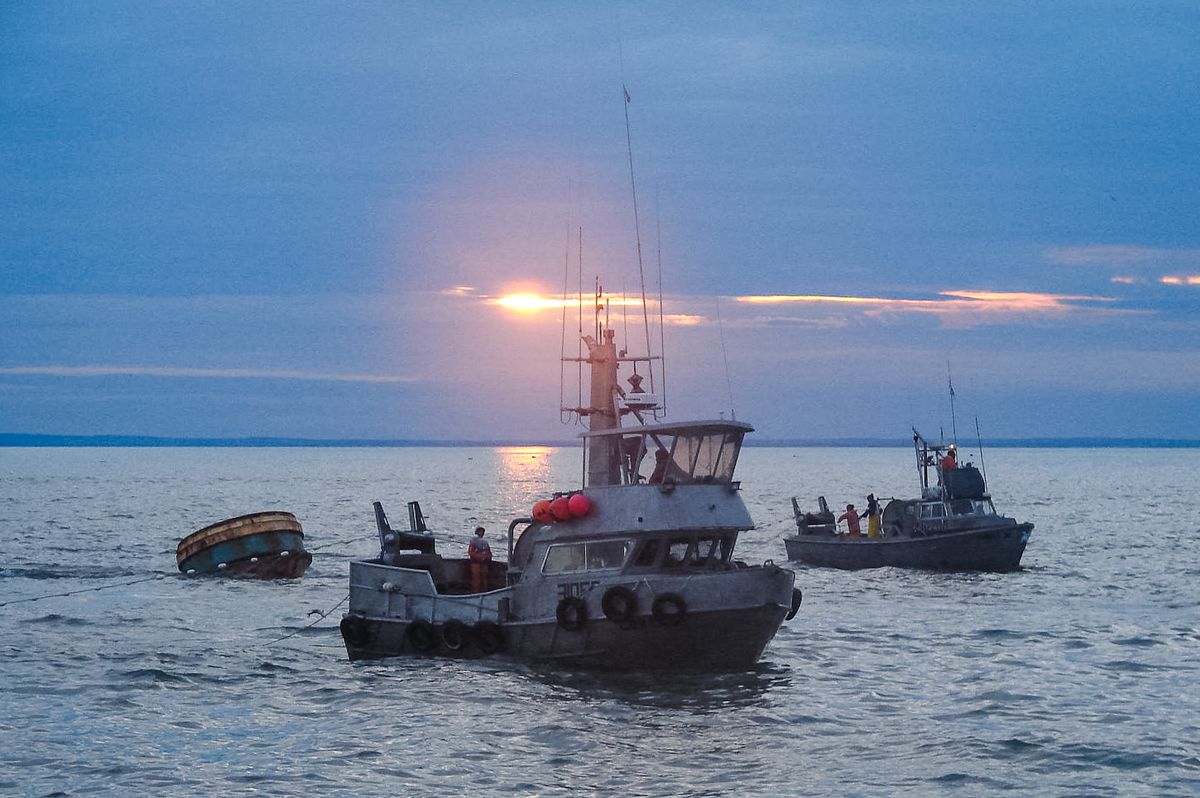 The world's biggest sockeye salmon fishery keeps getting bigger. The red run next year at Bristol Bay is projected at 51.3 million fish. That would produce another whopping catch approaching 40 million, 18 percent higher than the 10-year average and 41 percent more than the long-term mean.

Last year's sockeye run to the Bay was in the all-time top five, with record surges to several rivers, especially on the west side. And more of the same is predicted.
Area manager Tim Sands said he believes recent warmer winters are providing better conditions for baby salmon.

"Early ice-out, late ice-in … having extra growing time in those higher, upper lakes made those fish healthier, bigger, and more competitive when they got to the ocean," Sands told KDLG in Dillingham.

Using salmon data from nine river systems in five districts, Bristol Bay managers have had a mean error of 14 percent in harvest forecasts since 2001.

Projections for pink salmon next summer in Southeast Alaska are less robust. Managers at the Alaska Department of Fish and Game are forecasting a catch of 23 million humpies, below the 10-year average of 38 million fish. Biologists said abnormally warm water temperatures may have reduced fish survival and are driving a sense of "uncertainty." Pink salmon that went to sea from 2014-2016 returned in numbers below expectations and below recent odd/even year averages, managers said.

Man-made salmon is proving to be a flop for investors. AquaBounty, the makers of genetically modified Atlantic salmon, admitted they may never make a profit as they seek to raise $20 million from the sale of its company stock.

Seafood Source reports that AquaBounty made the comment in its U.S. Securities Exchange Commission filing earlier this month. The decades-long lab project to create faster growing genetically modified salmon has caused "significant losses" the company said in its filing, and they expect to continue losing "for the foreseeable future."

AquaBounty shares on the NASDAQ were at $5.18 in early November down from more than $20 in January.

The biggest year classes of Alaska fishermen are phasing out of the business and fewer young cohorts are recruiting in. The Alaska Young Fishermen's Summit has convened over a decade to help stanch that outward flow, and facilitate a future for fishing leaders.

The average age of a commercial fisherman in Alaska was 50 in 2014 compared to 40 in 1980. At the same time, the number of Alaskans under 40 holding fishing permits fell to just 17 percent, down from nearly 40 percent of total permits across the state.

The summit, held in Anchorage this year, will provide three days of fast-paced networking and skills-building for newcomers to fishing and those considering the occupation as a career, although everyone from "graybeards to greenhorns" are welcome to attend.

"Age is secondary to what we are trying to accomplish and that is getting folks oriented to the whole suite of fisheries aspects from management to markets, as well as a real solid hit on looking critically at their business model," said Torie Baker of Alaska Sea Grant in Cordova, which hosts the summit.

"If you're thinking about diversifying your operation or getting into another fishery or upgrading, we have a lot of great folks who come and help us with all aspects of the business parts of it," Baker said.

Besides business, the summit focuses on Alaska's role in world seafood markets, the latest science affecting fisheries, and the regulatory process, which features a mock Board of Fisheries meeting.

"We actually assign roles and have folks get up there and practice public speaking, and we bring in people who play those roles in real life," Baker said.

Networking with industry professionals and fishing peers is always one of the most popular summit draws.

"People get totally new perspectives about fisheries across the state," Baker said. "Just for salmon alone, there are 26 districts from Ketchikan to Kotzebue, and our longline fisheries are all over the place. It is an eye-opener for these folks to get together, compare notes and challenges and aspirations."

Fishermen's concerns have changed over time, she said, and based on recent exit surveys, it is the environment that is now drawing the most interest.

"There is definitely a sensitivity in the oceanography and physical processes going on out there. That's the source from which this all comes," Baker said. "We're working with hunter/gatherers who connect the dots every day in their lives and livelihood."

The Alaska Young Fishermen's Summit is set for Dec. 6-8 at the Dena'ina Center. Registration costs $125 before Dec. 1, $150 after that, and travel scholarships are available.

Both have spent decades in the wheelhouse and on deck, but it is their work beyond the fishing grounds that sets each year's chosen highliners apart.

For Eliason, it was due to his years of dedication in finding ways to help young fishermen afford to have careers in local longline fisheries.

Schactler was recognized for the years of heavy lifting he has done on writing and advocating on legislation to benefit seafood marketing, along with helping to expand global feeding efforts with Alaska seafood.