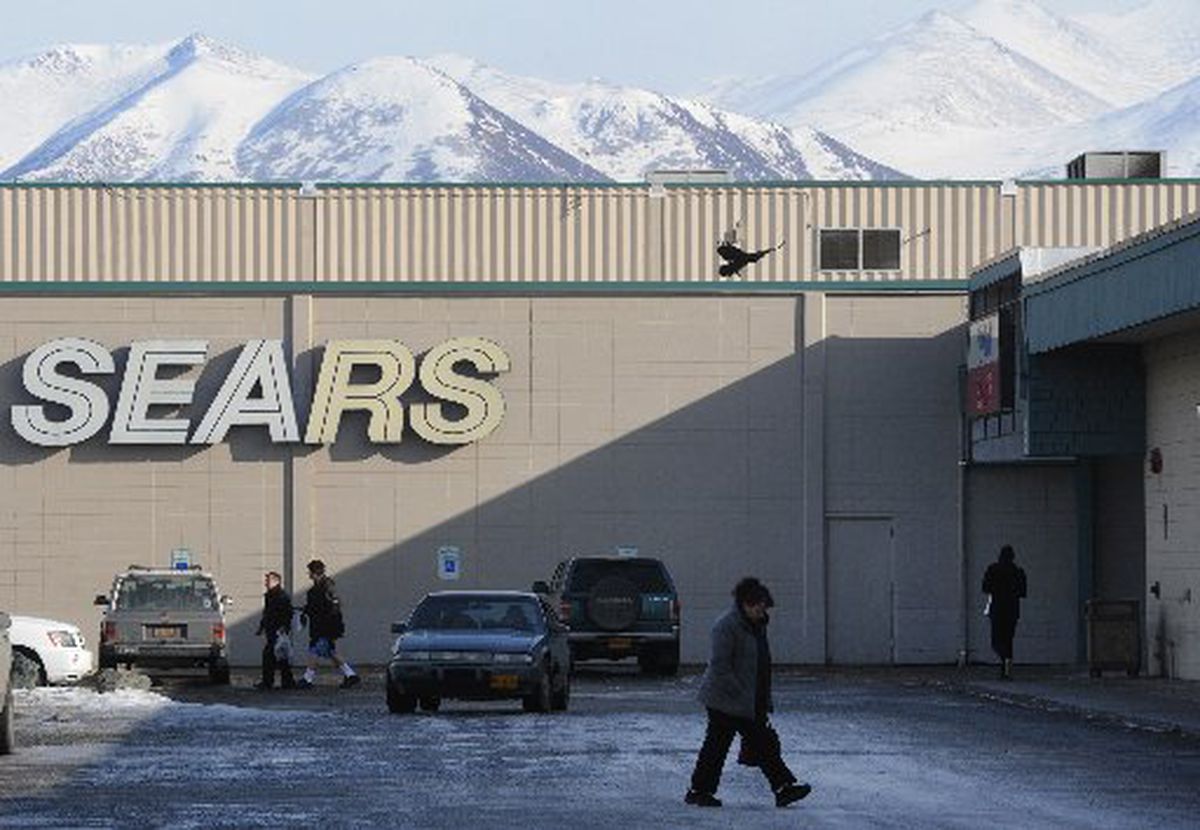 The Mall at Sears before the renovations done for the NordstromRack store. (Bill Roth / ADN)

The Mall at Sears before the renovations done for the NordstromRack store. (Bill Roth / ADN)

The Sears store at its namesake mall in Midtown Anchorage will close in April, and the mall will be renamed.

Sears Holdings said Thursday that the location at 700 E. Northern Lights Blvd. — part of The Mall at Sears — will close in early April, according to a letter an employee received that was obtained by the Anchorage Daily News.

"Employment terminations related to this closing are expected to begin on or about April 8," the letter said. "Please understand that the entire facility is closing … We hope to accomplish this closing with the least possible disruption to the lives of our employees and the community."

Also on Thursday, Sears Holdings announced the closures of more than 100 Sears and Kmart locations around the country. The only Alaska location included in that list Thursday was a Sears location at 5900 Old Seward Highway, described on the company's website as a "service centers repair drop off" location.

The list was updated Friday to include the Northern Lights address, and as of Friday afternoon it no longer includes the Old Seward Highway location.

Larry Costello, a spokesman for Illinois-based Sears Holdings, said via email the addresses had been mixed up when Sears put out the list on Thursday. Most of the jobs at the Northern Lights location are part-time, he said, but he would not say how many people work there.

The auto center at the Northern Lights location will close in late January, according to the list.

Linda Boggs, marketing director for the Sears mall, said the shopping center will be renamed. Management at the mall has some possible names narrowed down, Boggs said, but she wouldn't disclose any.

"We've anticipated this is going to be happening for a while," she said.

The mall is also currently in negotiations with a tenant for the space where a Carrs grocery store used to be, Boggs said. She wouldn't identify the potential newcomer. That space has mostly been vacant since the Carrs closed in September 2015.

The retail side of the Sears on Northern Lights is 145,680 square feet, and the auto center side is 17,390 square feet, according to the website for Seritage Growth Properties, the New York City-based company that owns the Sears property and also the Nordstrom Rack property at the mall. Seritage's website refers to the Sears space as "for lease."

If the Sears location remains vacant after it closes and Carrs stays vacant as well, the two largest anchor spaces in the mall would be empty. (Sears is the largest, and Nordstrom Rack is the third main anchor.)

"It's not good" to potentially have two big empty holes like that, Boggs said. Still, she believes the mall will get through it. With declining foot traffic to Sears for the past six or seven years by her estimate, Boggs doesn't know if its departure will have a huge impact on other tenants.

"It's the highest vehicular traffic location in Anchorage, it doesn't make sense for it to be anything but retail," she said. "It was kind of (a) double-whammy to have the Carrs store close at the same time the market turned down, but we're starting to see more interest. … I'm sure we'll fill it up."

Bill Popp, president of the Anchorage Economic Development Corp., said the announcement of the closure isn't about Alaska's recession so much as a company and sector in rough shape.

"The local economy didn't help, but it's more representative of more of a national trend for this particular type of business model, the large department store," he said.

Sears has been struggling for years and closing U.S. stores at a rapid pace.

"(A)s previously announced, we will continue to close some unprofitable stores as we transform our business model so that our physical store footprint and our digital capabilities match the needs and preferences of our members," the company said in a statement Thursday. Liquidation sales will begin as
early as Jan. 12 at stores that are closing.

When the company announced a round of store closures in January of last year, Alaska locations were spared.

Sears still has locations in Fairbanks, Wasilla and Juneau, according to its website. Costello did not respond to questions about whether those locations will stay open. However, there is currently no indication that they are set to close, based on the list of store closures from the company.