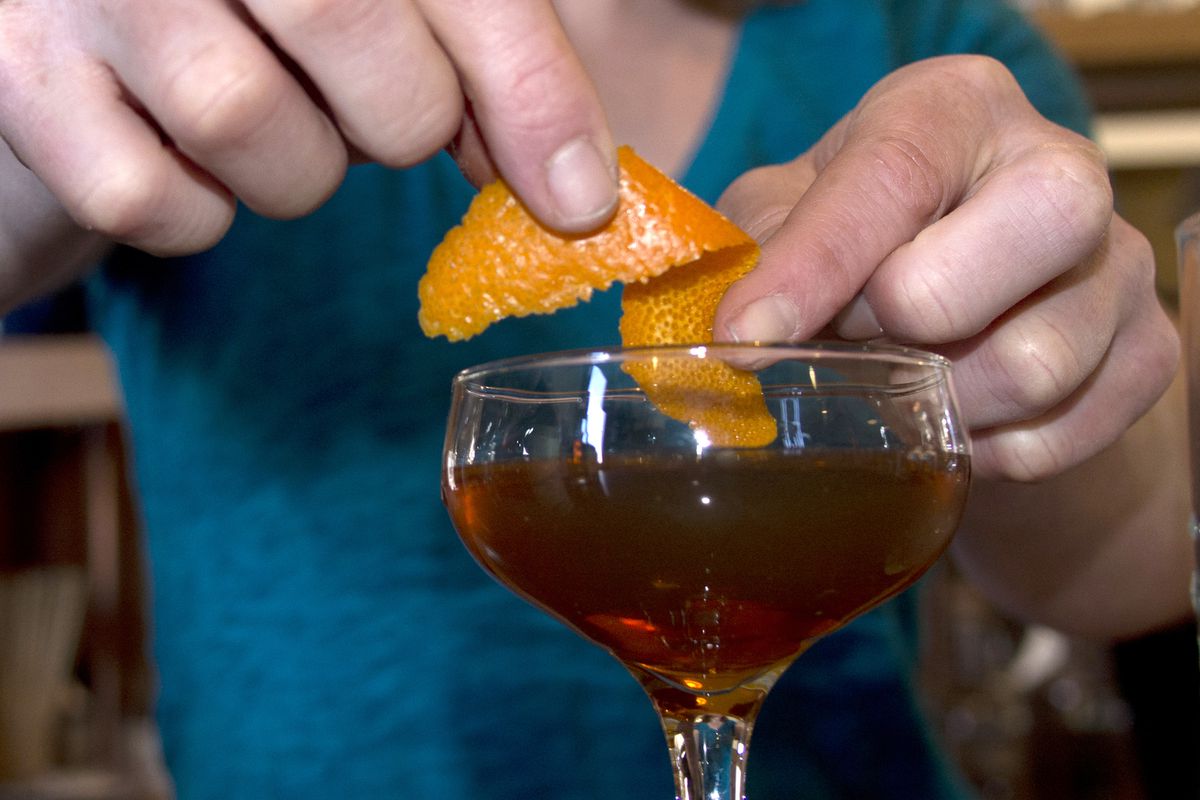 In a 3-1 vote, the Alcoholic Beverage Control Board decided that distilleries — which make vodka, gin and other types of distilled alcohol — have to stop serving cocktails in their tasting rooms. The ruling may change how the state's distilleries do business.

The decision centered around vague language in Alaska's laws that says the businesses may serve "the distillery's product" to customers. After complaints landed at the state regulatory office this summer, months of debate followed about exactly what that meant and how it was being applied in distilleries across the state.

Tuesday's vote clarified that the "product" is "distilled spirit made or distilled in the licensed facility," and can't include other things like tonic or other mixers.

But, distilleries will be allowed to "separately serve other types of nonalcoholic mixers/garnishes," Alcohol and Marijuana Control Office Director Erika McConnell wrote in an email.

That means a distillery could serve a customer two glasses, one with gin, and the other with tonic, which the customer could then mix themselves.

[After legal confusion, Alaska distilleries can serve cocktails – but there's a twist]

Distilleries say they've been serving cocktails since 2014, when legislators passed a bill allowing for distillery tasting rooms. Alaska regulators said that they didn't know distilleries were selling cocktails for the past three years.

"The purpose of the law was to allow the distilling industry to promote and sell our products directly to the consumer, just like the breweries do," Heather Shade, co-owner of Port Chilkoot Distillery in Haines, wrote in public comment to the board.

"Spirits are unique in the way that they are prepared and there is no reason to limit how we serve them," Shade wrote.

Bars spoke out against the practice. The Alaska Cabaret, Hotel, Restaurant and Retailers Association — known as CHARR – said it would never have supported allowing for tasting rooms if it had known they would become "de facto bars."

Distilleries said that rules were put in place specifically to prevent them from becoming bars. Customers may only have 3 ounces of alcohol. Alcohol can't be served after 8 p.m. Entertainment is banned. Bar stools are not allowed.

As of September, nine distilleries were operating in Alaska. Anchorage Distillery is the only one in Alaska's largest city.

More than 500 pages of public comment were submitted in advance of Tuesday's meeting.