The recession will likely be over for Anchorage by early 2019, AEDC predicts 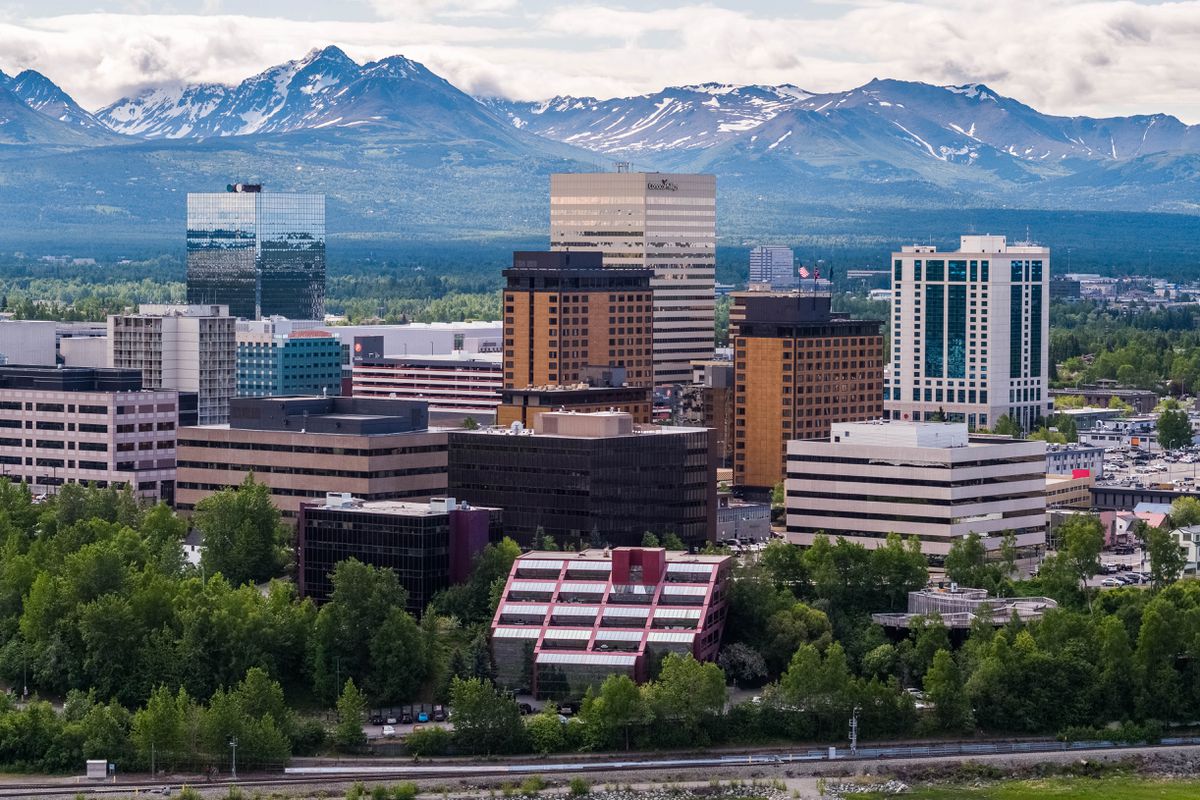 The recession in Anchorage appears to be on track to come to an end soon, according to the Anchorage Economic Development Corp.

This year is when Alaska's largest city will start to see signs of an economic turnaround, AEDC predicted in its annual three-year economic forecast, released Wednesday and presented to local business leaders at the Dena'ina Civic and Convention Center. The report was compiled by Anchorage consulting firm the McDowell Group.

"We think this is where we're starting to see a new direction for where the recession is headed," AEDC President Bill Popp said at the event. "We are starting to believe that it will likely end by the end of this year, or beginning of first quarter next year at the latest. So, there is a beginning of light at the end of the tunnel."

He was referring to Anchorage's local economy specifically. Alaska as a whole has been in a recession since late 2015. Economists have also said the worst may have passed as far as the statewide downturn.

"It's likely Alaska will also see the end of the recession about the same time, but I'll leave that to others to make that projection," Popp said later Wednesday in an email.

Anchorage lost about 2,200 jobs last year compared to 2016, according to AEDC. This year overall, the city is expected to lose about 1,000 jobs — a decline of 0.7 percent — compared to last year, the forecast said.

"The latest employment data does show that there are job losses in several sectors, but that they are starting to level off," Popp said.

In each quarter of 2017, job losses were smaller than the year prior. That's expected to continue, "reaching a point by early 2019 where Anchorage's economy is no longer in recession," the forecast said.

Employment is expected to be flat next year in Anchorage, and moderate growth is expected in 2020 and 2021.

The city's oil and gas sector lost 300 jobs last year, but so far this year employment in that industry has largely stabilized, AEDC's report said. Losses appear to be moderating in the hard-hit professional and business services sector, where employment declined 3.6 percent in Anchorage in 2017. That industry includes things like engineering firms, law firms, and ad agencies.

Health care employment — a rare bright spot — is expected to continue growing in 2018. Anchorage's retail sector lost jobs last year and has been hit hard this year with closures of Sam's Club, Sears, and Toys 'R' Us stores, but losses there are also expected to moderate, the forecast said.

[In Fairbanks and rural Alaska, Sam's Club closing is a 'major blow']

AEDC predicts the price of Alaska North Slope oil to average $71 per barrel this year — up from $54 last year — though Popp noted that the volatility in global energy markets makes such predictions tough.

"Job growth should return by 2020. It could happen sooner, if we do get a more full solution to the state's fiscal crisis, because it's not done yet," Popp said. "It's about an 80 percent solution, depending on who you talk to. … Maybe the price of a barrel of oil will save us. Maybe it won't."

Consumer optimism about the Anchorage economy is also rebounding, according to results of a survey of Anchorage households, compiled by Northern Economics and released Wednesday by AEDC.

"This is the first time the (consumer optimism) index has been this high in three years," Popp said. "That's a positive sign. We see cautious optimism in our consumer sector."

Statewide, Alaska is expected to lose fewer jobs this year than it did in 2017, according to a forecast released by the state's labor department in January.