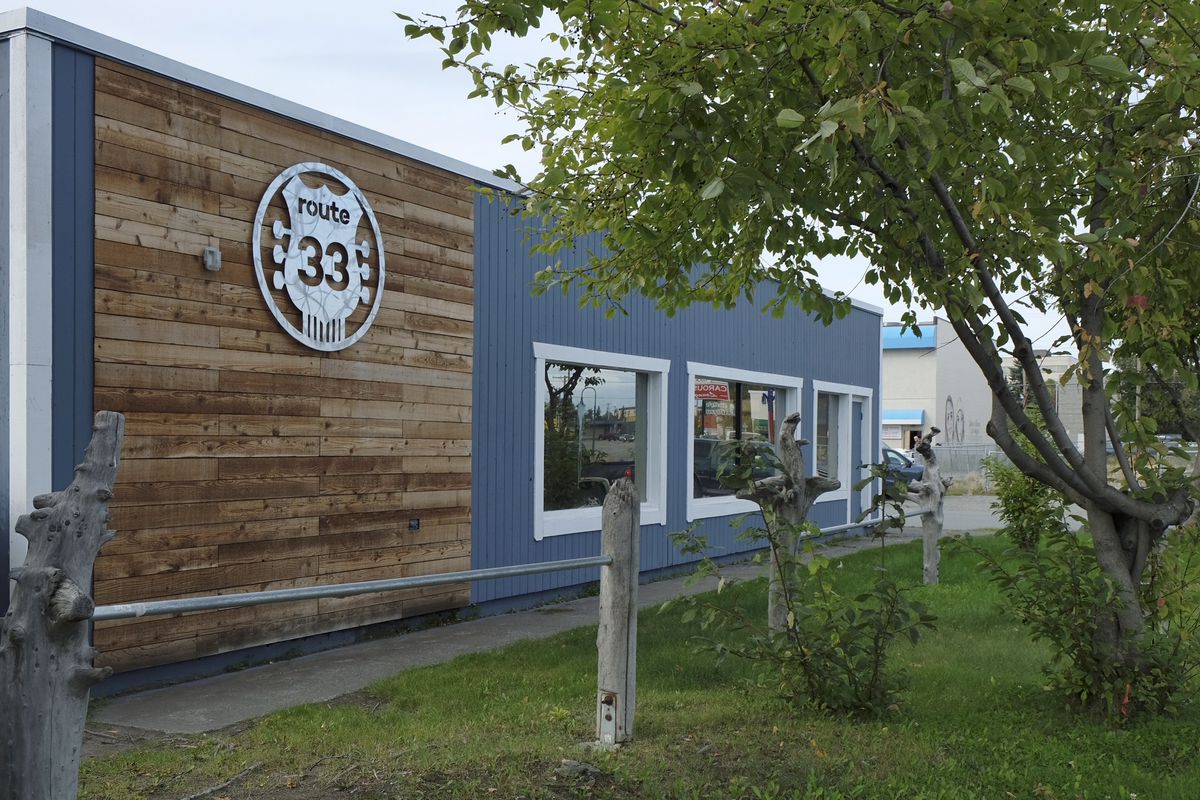 The building on Spenard Road that once housed a Southern-style restaurant called Route 33 — and before that, the TapRoot restaurant and music venue — is now slated to become a pop-up restaurant. (Marc Lester / ADN)

The building on Spenard Road that once housed a Southern-style restaurant called Route 33 — and before that, the TapRoot restaurant and music venue — is now slated to become a pop-up restaurant. (Marc Lester / ADN)

Two popular Alaska businesses are banding together to open a pop-up restaurant in the former TapRoot building on Spenard Road in Anchorage.

Hatzis said La Bodega recently signed a lease for the building at 3300 Spenard Road. The building has been empty since last fall. TapRoot, a restaurant and music venue, closed in June of 2017. A Southern-style restaurant that replaced it, Route 33, survived only a few months.

Pop-up restaurants are, by definition, temporary, and Hatzis indicated the project would extend about six months. She told those who attended the Spenard council meeting Wednesday night that La Bodega would run the beer and wine side of the restaurant, while The Potato will handle the food menu.

She also said the venue would host music and other events.

La Bodega has grown steadily since it opened in September 2006. The business moved to its current location in the Metro Mall in 2012, and opened a mini-store several years ago in the Northern Lights Center in Spenard. There's also a shop in Girdwood.

Meanwhile, The Potato is an institution in McCarthy, where it started as a small food truck in 1995. The current owners are Rebecca Bard, Ian Gyori and Malcolm Vance. The Potato opened a second location on the Valdez waterfront in 2014, and expanded its McCarthy location to a two-story restaurant on the town's main street in 2015. It hosts regular music and community events during McCarthy's bustling summer season.

The owners of La Bodega and The Potato are all friends, Hatzis told the council.

Jay Stange, the president of the Spenard Community Council, said their plans are "a big deal for Spenard."

The stretch of Spenard where La Potato is set to open has seen more activity in the arts and culture realm recently, with Cook Inlet Housing Authority's acquisition of the Church of Love as a community events space. But the area immediately surrounding the former TapRoot building has felt like a "black hole," with a lot of shuttered doors, Stange said.

"To see (La Bodega) step in and say, hey, we're going to make an investment, right there at 33rd … it's really great," Stange said.

He said he expected the new venture to help fill a void in the Spenard music and entertainment scene that came with the closure of the TapRoot.