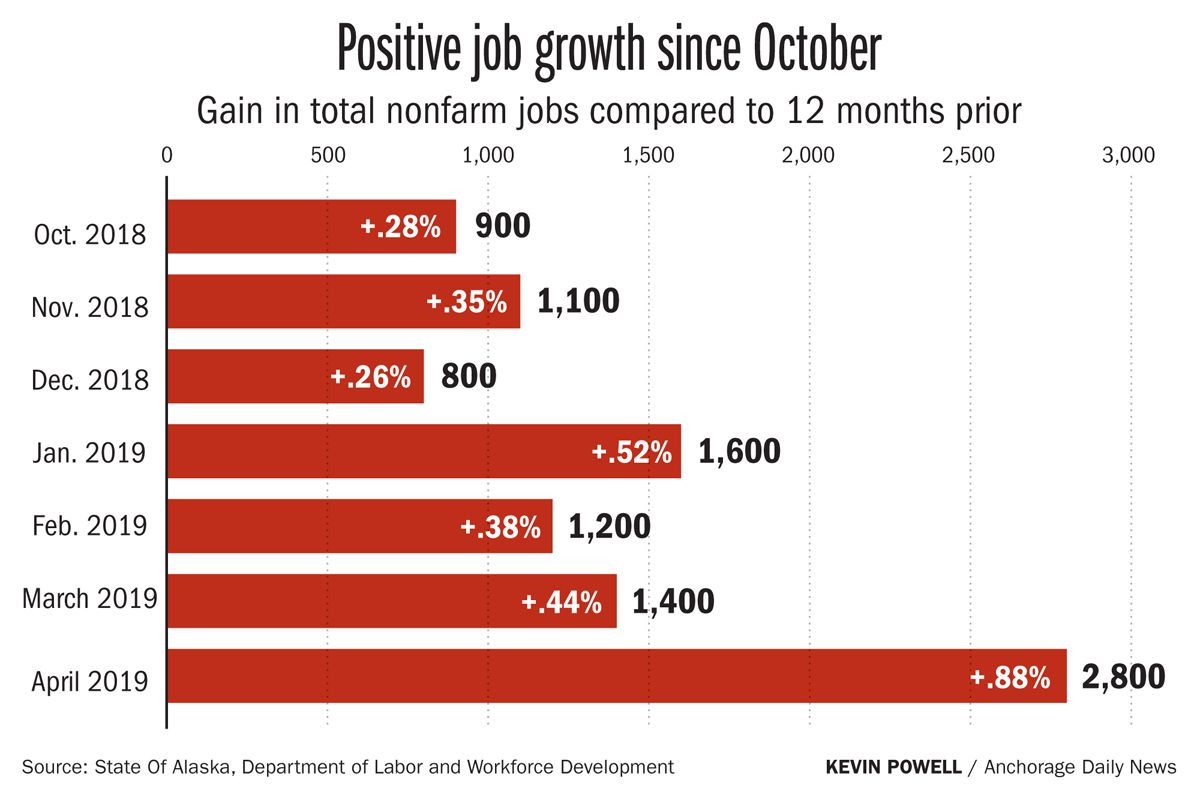 A streak of job gains in Alaska could signal the end of the state’s recession, according to a new report released this week.

The state recently saw year-over-year job growth for seven months straight, starting in October, the Alaska Department of Labor and Workforce Development said in its monthly gauge of Alaska’s economy. That growth was small — in most of those months it was less than a 0.5% gain from the same month the previous year — but it is an encouraging sign after three years of job losses.

“It definitely strengthens the case that the economy is recovering," said Karinne Wiebold, an economist with the state labor department. The numbers could still change more later.

“One of the things that makes this pretty solid-looking is we’re seeing it across sectors," Wiebold said, “and we understand where the growth is coming from.”

Construction is the sector that showed some of the earliest growth, and by magnitude has been the largest driver of recent job gains. The oil and gas industry, as well as health care, have also seen sustained growth.

In many ways, Wiebold said, it makes sense that the state would be pulling out of its recession. This is the longest economic downturn Alaska has ever seen — it started in late 2015 — though it hasn’t been as damaging as the big crash of the 1980s. It’s too soon to say whether the downturn is definitively over, she said.

Wages in Alaska grew for the fifth consecutive quarter in the last part of 2018, according to the labor department. Also in the fourth quarter of last year, wages grew faster in Alaska than they did for the U.S. as a whole, the report said.

“It was the first time in years one of the three main gauges showed stronger performance for Alaska than for the nation,” said the report, referring to the economic indicators of job growth, wage growth and the unemployment rate.

But that may be more of an indication of a hot economy in the Lower 48 cooling than it is a sign of growth in Alaska taking off.

“When we’re talking about year-over-year changes, our recovery is going to look better than somebody else’s sustained growth,” Wiebold said. “It’s a good sign, it’s one of several good signs, but my suspicion is it’s mostly a math situation.”