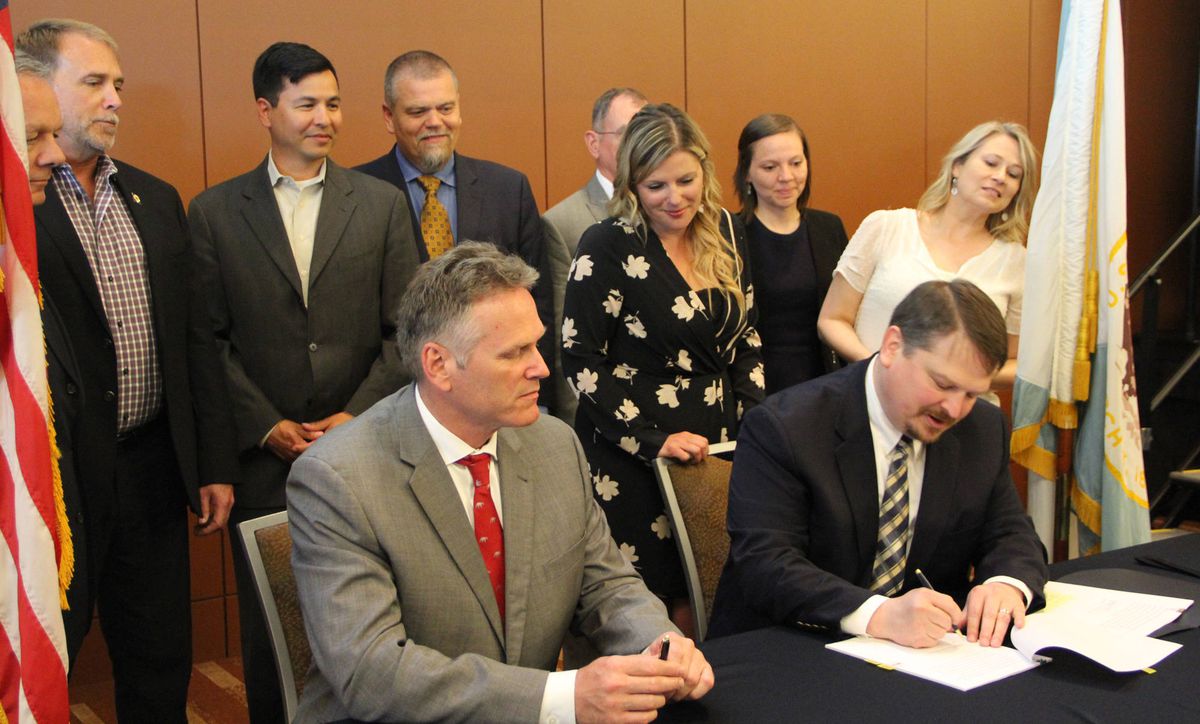 More than 1.3 million acres of federal land in Alaska are a big step closer to being “open for business.”

Balash said lifting the PLOs will allow the federal government to make good on longstanding commitments to the State of Alaska and Native corporations.

“We know that these lands can be unlocked for development responsibly without sacrificing (public) access,” Balash said during a speech to the Resource Development Council for Alaska prior to acting on the orders.

The PLOs covered two areas: approximately 1.1 million acres of BLM land in eastern Interior Alaska, generally between Delta Junction, Tok and the Yukon River, as well as about 200,000 acres east of the Copper River delta and near the large Bering Glacier.

Both areas are known for their mineral potential. The Interior Fortymile region is an area popular among Alaska placer miners and revoking the orders will open the areas to new federal mining claims. The actions take effect in 30 days, according to BLM Alaska officials.

According to Balash there are 17 such withdrawals that impact the use of roughly 50 million acres in the state. Most of them were put in place shortly after Congress passed the 1972 Alaska Native Claims Settlement Act to allow for careful evaluation of land-use classifications at a time when the State of Alaska and Native corporations were selecting millions of acres to receive from the federal government.

Balash said the PLOs were a prudent step when they were put in place but largely are no longer necessary.

“This is the first of many (PLO revocations) that will take place over the next several months. We’re going to have a conveyor belt operating here,” he said.

Gov. Michael J. Dunleavy, whose administration has stressed the motto that “Alaska is open for business” said Interior Department officials are serious about doing the right thing in lifting the withdrawals.

The governor was headed to meet with President Donald Trump, who was making a Wednesday afternoon Air Force One refueling stop at Joint Base Elmendorf-Richardson, and said he would thank the president for his administration’s push to open more land in the state to development.

“It’s land that Alaska can use to hopefully create wealth,” Dunleavy said during a press briefing. He has also expressed a desire to transfer more state land to private ownership.

The members of Alaska’s congressional delegation also commended the moves, citing the economic development opportunities and the need to fulfill land conveyance commitments to the state and Native corporations.

The State of Alaska is entitled to 104.5 million acres from the federal government under the Alaska Statehood Act and to date has received title to approximately 99.3 million acres.

In total, Alaska covers roughly 365 million acres and BLM manages about 70 million of those acres.

Balash said the state has selections in the eastern Interior-Fortymile area that will become available, but has already “over-selected” acreage for conveyance beyond what it is entitled to, meaning state officials have to determine which selections they want to move forward with.