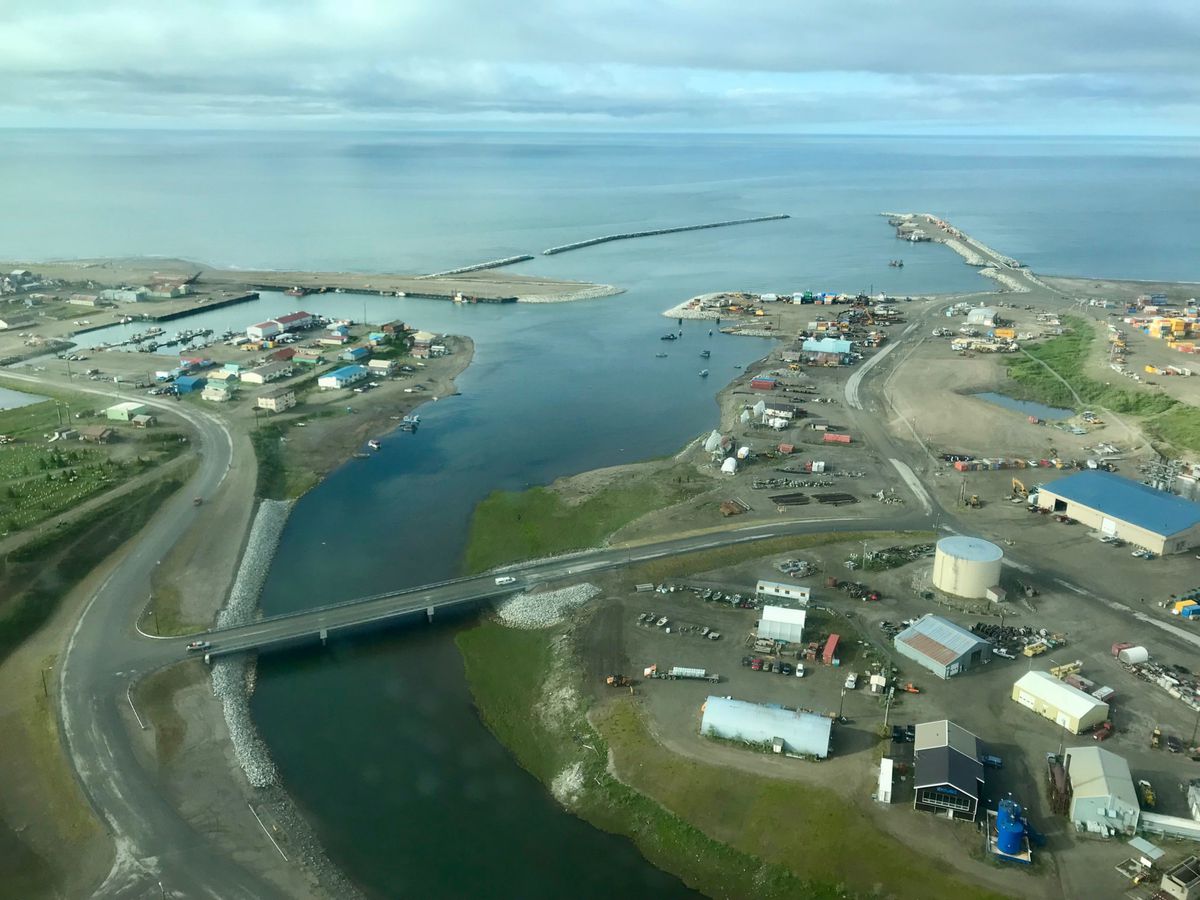 The Port of Nome at the mouth of the Snake River, June 2018. (Gabe Colombo, KNOM)

The Port of Nome at the mouth of the Snake River, June 2018. (Gabe Colombo, KNOM)

NOME -- Marine vessels of all sizes transiting through the Arctic Ocean this season, some starting from Nome, have a couple of options for ice-free routes.

According to the National Snow and Ice Data Center, Arctic sea ice loss will likely continue for several weeks.

The center says that as of Aug. 31, sea ice extent dropped to the third lowest on satellite record for that day: 1.78 million square miles. Around that same time, sea ice concentrations within the Northwest Passage were tracking below the average recorded between 1981 and 2010.

Mark Serreze, the director of the National Snow and Ice Data Center, says at least part of the passage seems to be quite navigable.

“When you think about the Northwest Passage, it’s not just one passage. It’s actually a number of ways you can get through those islands in the Canadian Arctic archipelago, and if you were a real deep-draft ship, you’d want to go through this northern passage, kind of north of Banks Island, but that still has a lot of ice in it," Serreze said. "It looks very unlikely that that’s going to open up this year. The southern route through the Northwest Passage looks to be pretty much clear sailing.”

For the northern route through the Passage, NSIDC says ice coverage is slightly below the 30-year average, while the southern route, which is the path Roald Amundsen took, is well below the average ice extent and is expected to be completely clear in the coming weeks.

This would allow polar adventurers Borge Ousland and Mike Horn, who were in Nome recently aboard the sailboat Pangaea, to travel farther into the Arctic Ocean before hitting ice.

According to Horn, their journey will include skiing and walking across the frozen Arctic Ocean directly to the North Pole, then end near the Norwegian archipelago of Svalbard, which could take months to complete.

“Our time in Nome was spent fixing the boat, getting the equipment for the Arctic crossing ready, and meeting up with friends. The friends I have in Nome went out of their way to help us as much as they could. Really without them, an expedition like this couldn’t happen, because they make things happen.”

Horn has had equipment issues thus far on his trip, and reportedly made unplanned stops in Teller and Wales to pick up new water pumps last week.

Going parallel across the opposite side of the Arctic, in a little more luxurious fashion, is the European cruise ship the Silver Explorer. It left Nome in early August and sailed through the Northeast Passage, also referred to as the Northern Sea Route, with an escort from a Russian icebreaker. According to Silversea Expeditions, the vessel arrived in Tromsø, Norway, more than three weeks after leaving Nome.

According to the Canadian Coast Guard, more than 15 international cruise ships will attempt at least part of the Northwest Passage this season, including the MV Roald Amundsen. Norwegian company Hurtigruten seeks to have Amundsen be the first hybrid vessel to traverse the Arctic route later this month.

The Amundsen is expected to end its journey in Nome on Sept. 11. Serreze cautions any crew attempting to sail through the Northwest Passage right now to be vigilant.

This article first appeared at KNOM.org and is republished here with permission.