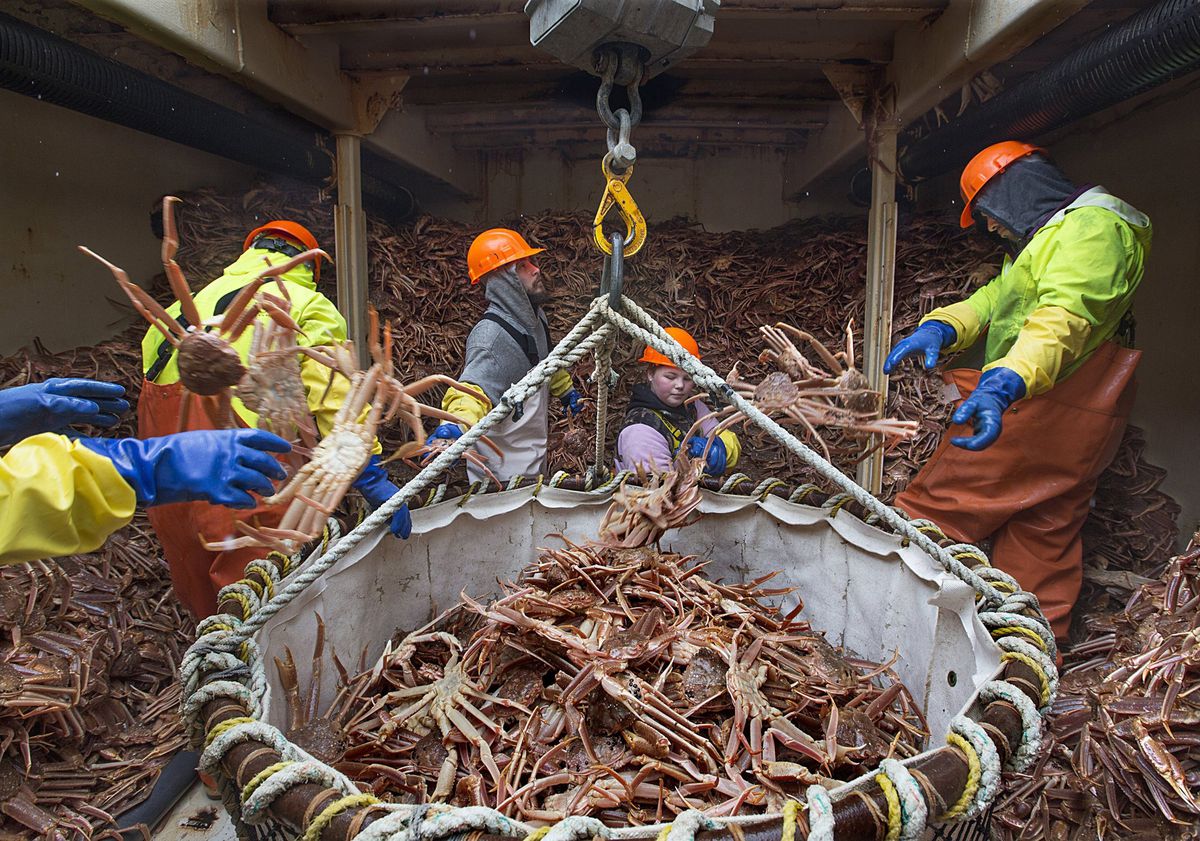 Hundreds of fishery stakeholders and scientists will gather in Anchorage next week as the state Board of Fisheries begins its annual meeting cycle with a two-day work session.

The seven-member board sets the rules for the state’s subsistence, commercial, sport and personal use fisheries. It meets four to six times each year in various communities on a three-year rotation; this year the focus is on Kodiak and Cook Inlet.

The fish board and the public also will learn the latest on how a changing climate and off-kilter ocean chemistry are affecting some of Alaska’s most popular seafood items at an Oct. 23 talk and Q&A on ocean acidification in Alaska.

They may also be surprised to learn that only two studies have looked at salmon response to ocean acidification, and both were conducted outside Alaska.

Most of the research to date has focused specifically on crab and fish stocks, said Bob Foy, director of the Alaska Fisheries Science Center at the NOAA Auke Bay lab in Juneau who will lead the Anchorage presentation.

Ocean acidification is caused when carbon dioxide gas from the atmosphere dissolves in the ocean, lowering the water’s pH level and making it more acidic. The imbalance prevents marine creatures from forming shells and skeletons, among other things.

Most studies to date have focused on direct effects to an animal, Foy said, but future work will take a “bottoms up” approach to learn how ecosystem changes affect their metabolism and body functions.

“We know more recently from the large changes we've seen in the climate and the increased warming, the heat waves we've seen in Alaska, that the lower trophic levels are dramatically affected by that heat. And those effects have been observed in the larger commercial fish species such as cod,” Foy said, referring to the 80% cod crash last year in the Gulf of Alaska that is blamed on imbalances caused by warmer water.

The real concern, Foy said, is the speed at which changes are occurring.

“It's difficult to assess, difficult to manage,” he said. “Now we've got important commercial species moving thousands of kilometers over a couple of years in the Bering Sea, Northern Bering Sea and Chukchi Sea. That shows us that these populations will try to adapt, they will move and push the ranges of their physiology and their tolerance. The unknown is whether or not they can adapt at the speed at which everything is changing.”

Early victims of ocean acidification include pteropods, microscopic floating snails that make up a huge portion of the diets of juvenile pink salmon.

Research elsewhere also has shown that acidity affects growth rates of pink salmon and impairs the sense of smell in cohos.

Evaluating the risks to Alaska salmon will be part of the discussion by Toby Schwoerer, a research associate at the University of Alaska Institute of Social and Economic Research.

Being forewarned is being forearmed, said Foy.

“The importance of providing information and educating ourselves is critical,” he said. “Our goal is to get the word out to the commercial industry, coastal communities, to managers and policymakers so we can better understand how these changes in the environment may lead to changes in our economies, in our livelihoods and our ways of life in Alaska.”

The ocean acidification talk will take place on Wednesday, Oct. 23 at the Egan Center starting at 5:30 p.m. Contact Darcy Dugan at the Alaska Ocean Acidification Network for more information at dugan@aoos.org.

As Bering Sea crab fisheries get underway on Oct. 15, the fleet has less crab to haul up overall.

Crabbers were relieved to get an opener for Bristol Bay red king crab with a catch reduced to just under 3.8 million pounds of mature male crabs, the only ones that can be retained for sale.

As expected, the snow crab total catch was increased by 24% to 34 million pounds.

There will be no fishery for bairdi Tanners, snow crab’s larger cousin. A catch of 2.4 million pounds was allowed last year but surveys showed there was not enough crab to meet a threshold for an opener.

Likewise, closures will remain for blue king crab at St. Matthew Island, and for blue and red king crab at the Pribilof Islands, where the stocks remain depleted.

That’s not the case for Dungeness crab in the Gulf of Alaska and all along the Pacific coast, where fisheries are booming.

Southeast Alaska’s summer fishery produced over 4 million pounds for more than 185 crabbers and strong catches have continued in the fall opener that runs through November.

At the westward region, which includes Kodiak, Chignik and the South Peninsula, Dungeness crab fisheries are booming and Kodiak is no exception. Since May, a fleet of 13 boats has hauled up 1.2 million pounds, double last year’s catch.

“We’re certainly on track to break 1.3 million pounds if not more. We’ve got another few weeks left in the season that closes Oct. 31,” said Nat Nichols, area manager at the Alaska Department of Fish and Game office in Kodiak.

Crab abundance is quite cyclical, Nichols said, and at least for the short term, the outlook for Dungies is good.

“It seems like when we get these pulses of crab coming through, they last for a season or three,” he said. “I have hopes that the fishing we’re experiencing this year may carry into next year. What I’ve heard from some of the fleet is that they’re still seeing small crab and we may have a few more good seasons in front of us. So that’s something to look forward to.”

Westward crabbers are reportedly getting $2.60-$2.75 a pound for their Dungeness catches.

Those are just a few of the fishing industry updates unveiled at the recent Alaska Seafood Marketing Institute’s All Hands meeting in Anchorage.

Here’s a sampler compiled by the McDowell Group:

• Alaska’s catches in 2018 reached 5.8 billion pounds with Alaska pollock constituting 59% of the volume. The $2 billion value of the harvest was led by salmon at 36%.

• Nearly 80% of Alaska’s seafood is exported; through the first half of 2019, the value of exports to China declined 15%.

• Alaska is the world’s largest producer of Pacific cod, which is at a 20-year low.

• Current halibut harvest levels are just 20% of what they were 20 years ago.

• The export value of sablefish is down 30% due mostly to small fish and losses from whale predation.

• About 500 million pounds of over 10 different kinds of flatfish are caught each year in Alaska valued at $100 million.

Looking ahead, strong or stable pollock prices are a bright spot and the 2019 salmon catch will be one of the most valuable ever.

One caution: Trade disputes remain a threat and more tariffs could be coming this month or in mid-December.