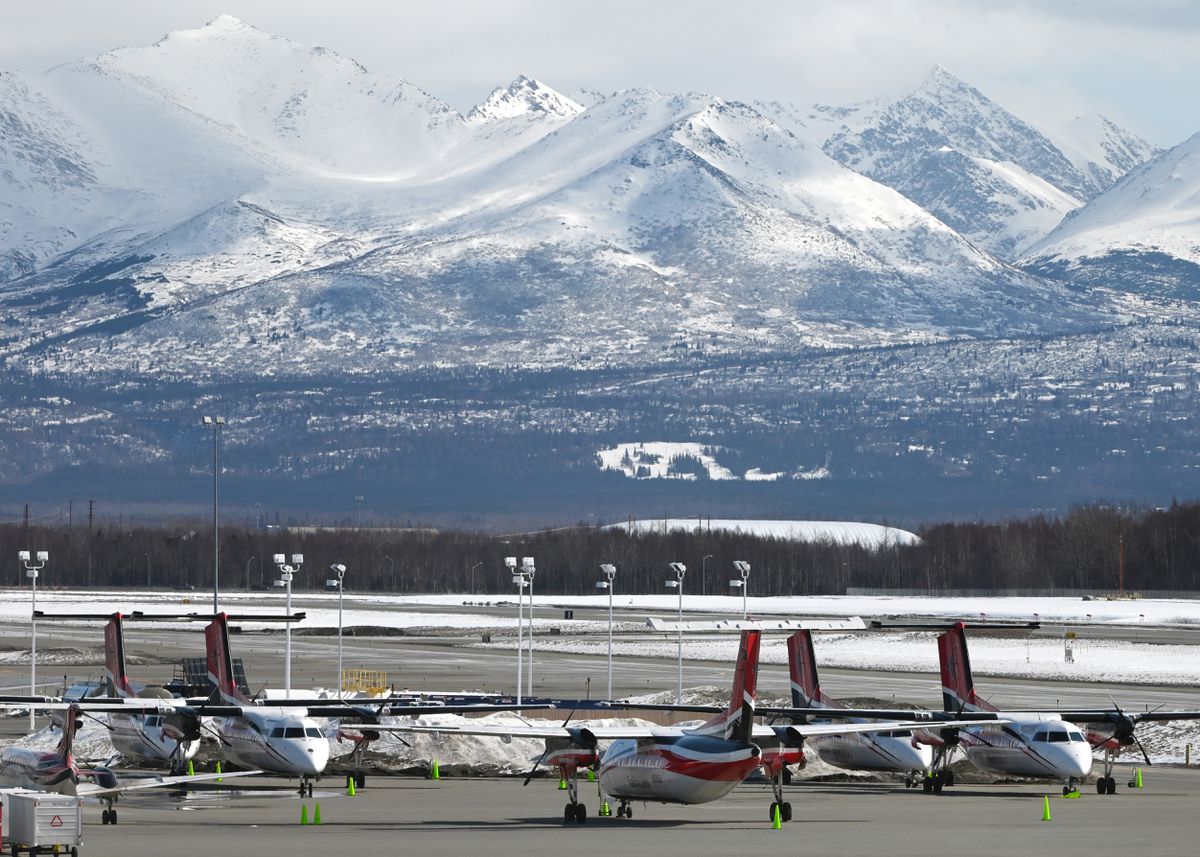 After RavnAir Group announced Sunday that all operations would stop and the company filed for bankruptcy, other carriers across the state have scrambled to serve communities left behind.

Ravn employed more than 1,300 people and served 115 Alaska communities with 72 planes, according to the bankruptcy filing. The company said in a written statement that passenger revenue declined 90% due to COVID-19 concerns.

Ravn had drastically scaled back operations late last week, which made it unclear how communities would receive mail and freight. United States Postal Service spokesman David Rupert said the mail service acted quickly to ensure there was a continuation of service and now it is “a patchwork of different carriers” serving the communities.

In Utqiagvik and Deadhorse, issues arose Sunday because Ravn had been operating ground operations in those communities, including sorting mail and cargo and operating hangars. The abrupt bankruptcy announcement came with a mandate to close up facilities that are still needed to deliver mail and cargo.

An emergency order was signed by North Slope Borough Mayor Harry Brower Jr. on Sunday — “Commandeering assets of Ravn Air Group...” — that allowed the borough to temporarily seize control of the facilities to ensure residents “have food, medical supplies and medical transport.”

Brower said the order would be lifted when an agreement can be reached for shared use of the facilities. The borough’s first priority is the health and safety of its residents, he said.

“We don’t want profit or bankrupt Ravn’s planes and calculators, we wanted the facilities under Borough control so they would not be boarded up and locked during the largest pandemic in modern history and could be used by other airlines,” Brower wrote in an email.

Atkinson said Wright Air has made commitments to hire the half-dozen or so Ravn employees in Utqiagvik to help with ground operations.

He said passenger traffic is next to nonexistent right now because of the COVID-19 pandemic, but he expects to replace Ravn’s passenger service routes nearby when it becomes safe to travel again and said the company will likely expand in size to accommodate the additional needs. Gov. Mike Dunleavy on March 27 banned all nonessential travel within the state.

Alaska Airlines announced in a written statement that the company will maintain all of its current 19 locations throughout the state and continue services in Kodiak. The company reduced flights last month by 70% as passenger revenue dropped due to COVID-19.

The airline will review other markets impacted by the loss of RavnAir and utilize three freight planes to ensure delivery of medical supplies, groceries and essentials is not disrupted, the statement said.

As Ravn announced the closure Sunday, Unalaska was left without a commercial airline. The area is the busiest seafood port per volume in the country. Alaska airlines said it is “working with partners and regulatory agencies to initiate service to Cold Bay with the intention of providing access to Unalaska/Dutch Harbor.”

Bering Air said the company shared mail and cargo delivery with Ravn and Ryan Air, so their workload has increased slightly now. Director of Operations David Olson said the company has had to cut back some employee schedules because of the falling number of passengers, but the additional deliveries will allow them some additional work during the pandemic.

For now, maintaining mail and cargo transport is key, said Olson. As COVID-19 ends, carriers will need to step in to replace Ravn’s passenger services. It’s unclear how many communities relied on Ravn as the sole air carrier and a spokeswoman for the company did not answer questions Sunday or Monday.

It’s also unclear what will be done for passengers who had future reservations with Ravn.