Alaska’s unemployment rate improved in May, but COVID-19′s economic impacts are far from over 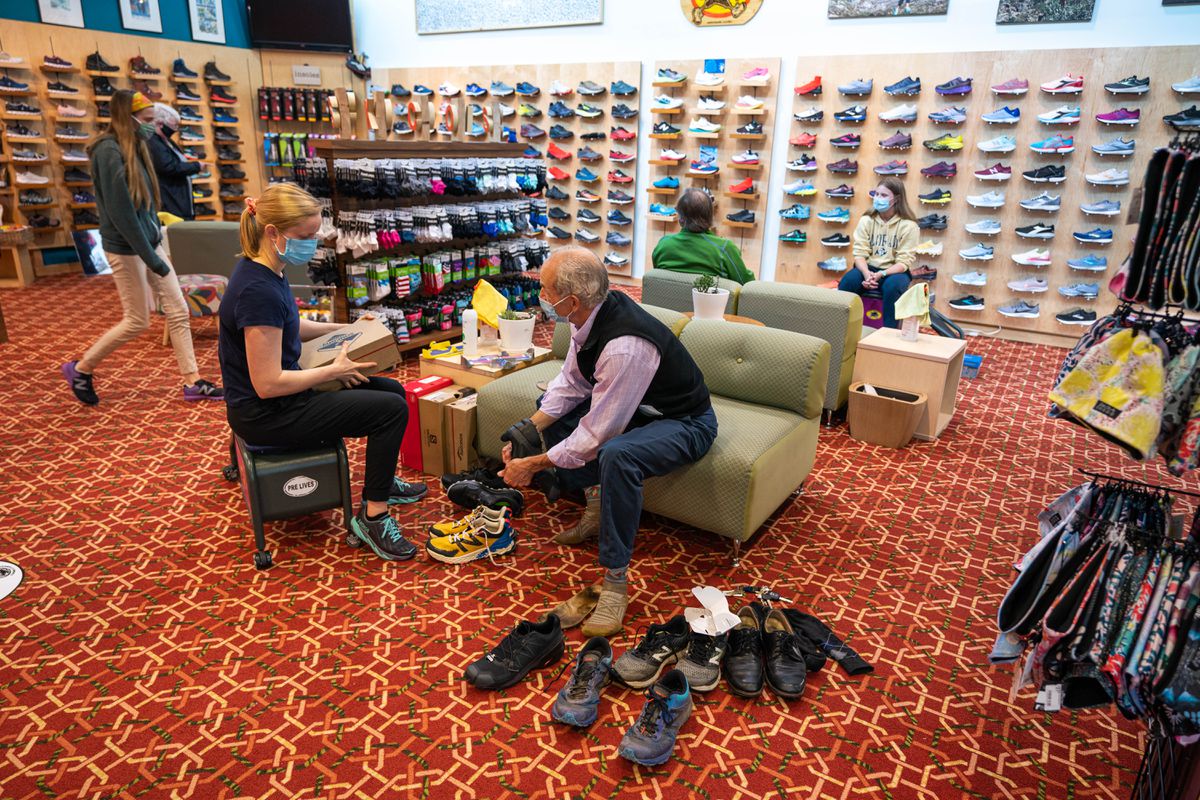 Alaska’s unemployment rate improved in May from the month before, but it still remained historically high at 12.6%, even as shoppers and diners slowly returned to businesses following the COVID-19 shutdown.

For Daniel Greenhalgh, the owner of Skinny Raven Sports in Anchorage, it was a welcome relief in May when he was able to bring back several employees who were furloughed for weeks after two of his stores closed their doors in March.

More people are walking and running during the coronavirus crisis, so that’s helping sales, Greenhalgh said. Business isn’t the same as last year, but the operation is back to full staff of about 30 employees.

“We live for our employees, so it’s tough when we had to say goodbye to them, even temporarily,” said Greenhalgh.

The Alaska economy added almost 14,000 jobs in May after seasonally adjusted unemployment in April hit 13.5%, the highest rate dating back to at least 1976, said Lennon Weller with the Alaska Department of Labor and Workforce Development.

The May unemployment rate is the second-highest level on record, he said. Some 294,000 Alaskans received paychecks during the month, down 41,000 from the year earlier, the state labor department said Friday.

“While the reopening is bringing people back, it’s not bringing them back as some might have hoped,” Weller said. “It’s slow going and still reflective of quite a bit of distress in the labor market.”

“Things were less bad in May, on a relative basis,” said Mouhcine Guettabi, an economist with the Institute of Social and Economic Research at the University of Alaska Anchorage.

Month-to-month job numbers will continue to improve, he said, but only because the state hit such an extreme low in April, he said.

“We’re nowhere near a recovery,” he said.

Future jobs could still be lost when companies run out of emergency federal funds they received to support their businesses under the Paycheck Protection Program.

“Will firms need to lay off people if demand does not pick back up?” Guettabi asked.

There’s also long-term uncertainty arising from the pandemic’s hit to tourism, after cruise ships that bring thousands of visitors to the state at a time canceled their sailings to Alaska.

“This is going to be a long road back,” he said.

Health risks associated with the pandemic will also continue to affect job numbers.

Nathan Laabs, with Acai Alaska in Midtown Anchorage, said he and a co-owner are sticking with curbside delivery and takeout of their fruit bowls and smoothies.

They decided not to reopen to dine-in service to play it safe for themselves and customers.

But the decision had a drawback, he said. He has not rehired two employees he had to lay off.

“We hated to lose them, but they certainly understood it was a major safety issue,” Laabs said.

Business in May has been steady throughout the day, an improvement from April, he said.

“We’ve been really fortunate that we have a great customer base,” he said.

Jaylene Colombie — owner of Second Run, an upscale women’s consignment store in downtown Anchorage — said business isn’t like it was last summer, when mobs of tourists flocked to the store.

But it increased steadily in May after about a six-week closure, thanks to support from local residents, she said.

That allowed the company to add back three part-time employees, on top of the store’s small full-time crew, Colombie said.

“It’s already like a night-and-day difference,” she said. “I like to say we are surviving, not thriving.”