Salmon fishing in Alaska off to a slow start statewide 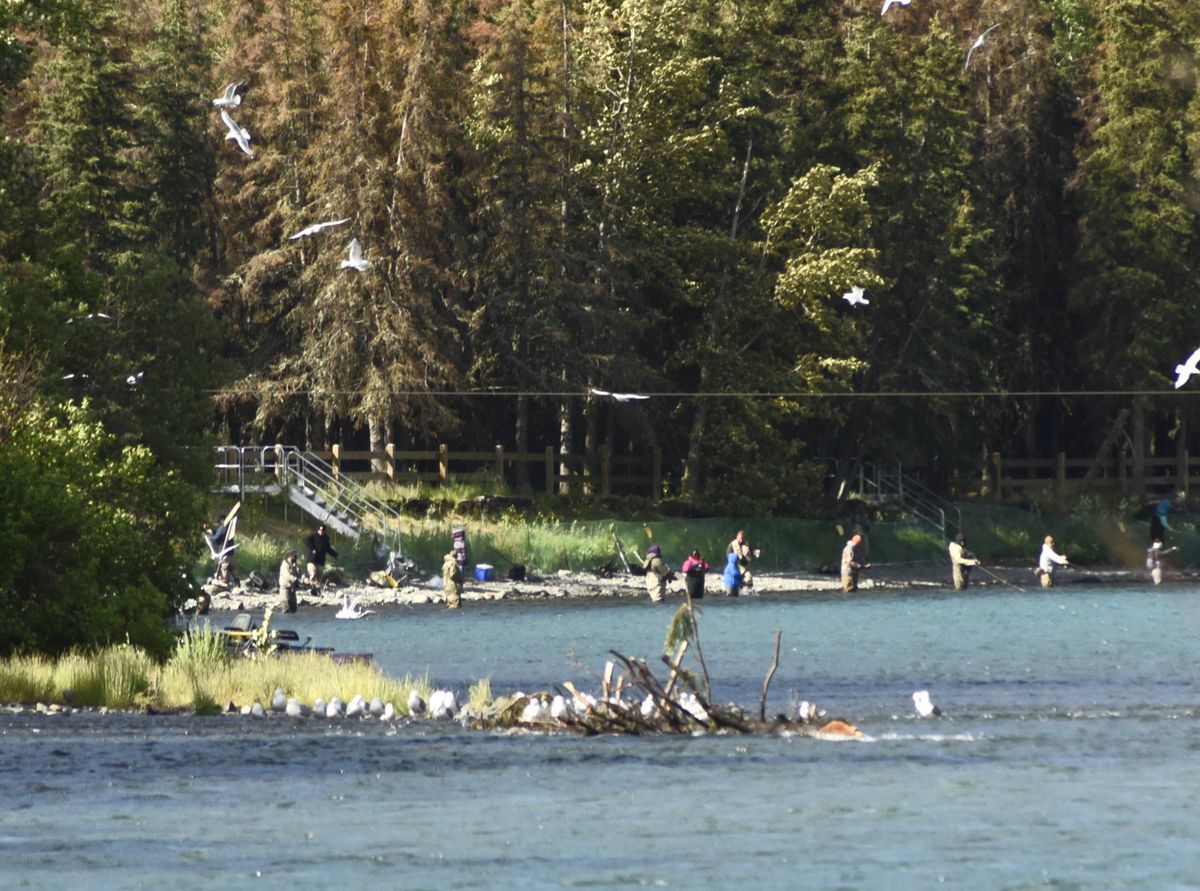 Salmon harvests across Alaska are slow so far as the fisheries head toward their usual high points in July.

So far, fishermen have landed about 5.8 million salmon. That’s less than half of the 2018 numbers by the same date, when 14 million had been landed. Much of that is due to poor sockeye returns, particularly in the Copper River area, though everywhere is slower than previous years, including Bristol Bay.

In an emergency order issued June 27, the Alaska Department of Fish and Game noted that the escapement through June 25 is about 85,000 fish behind projections, and the surveys of the Copper River Delta are significantly behind estimated ranges.

“(Through June 25), the sonar count is the 14th lowest on record (1978-2020),” the emergency order states. “Cumulative commercial harvest this year is the fourth lowest harvest to-date in the last 50 years. "

As of June 27, fishermen across Prince William Sound had harvested about 495,000 sockeye, less than half of the 2019 number of about 1.1 million. Chum salmon harvests are down about 44 percent as well, and king salmon harvests are down about 75 percent, according to a harvest update from the McDowell Group. Fishermen in the Copper River district have harvested 81,228 sockeye, according to the Alaska Department of Fish and Game. Pink salmon have yet to show up in the Sound in large numbers.

Bristol Bay is also somewhat behind, though there’s still time for the harvest to pick up. Last year was another banner one for the Bay, and 2020 is forecast to be more modest — around 34.6 million available for harvest with a total run of 46.6 million, according to ADFG. But even for that prediction, harvest is pretty slow; only about 1.5 million sockeye have been harvested, about 78 percent less than last year.

Andy Wink, the executive director of the Bristol Bay Regional Seafood Development Association, noted that other seasons that ended up having exceptionally large harvests started slowly as well.

“We also had a slow start in 2012, 2015 and 2016; those last two ended up producing over 35 million sockeye harvested in the Bay,” he said. “We’re between 10 and 15 percent of our way through the normal harvest curve. There’s still plenty of time to catch up.”

One of the major pressures on the Bay has been concern about COVID-19 infections, both spreading in vulnerable communities and in processors, where they could bring the fishery to a swift halt. Last week, a dozen seafood workers in Dillingham tested positive, though they were quarantined and not spreading it in the community.

Wink said the protocols the industry has set up to prevent the spread of the virus seem to be working.

“We haven’t seen really any community spread thus far in the Bay, and that’s really encouraging. A lot of the fishermen and processing workers came in in early June. I think one of the concerns was were we going to see transmission of the virus when they were in the plane, in the boatyards … by this time, we would have seen that if that had happened,” he said. “So far so good. We’re not out of the woods yet, but I think all of the precautionary measures and all of the work that went into setting up the season are working.”

Commercial fishing is mandated as an essential industry, with long lists of protocols for how fleets and processors should work this year and prevent the spread of the virus. Of the 64 nonresident cases identified last week, 43 were in seafood workers. All of them were quarantined prior to testing positive, according to the DHSS.

Upper Cook Inlet’s fishermen are off to a slow start as well, with 61,904 salmon landed so far. About 59,000 of them are sockeye. That’s down about 73 percent from last year, according to the McDowell Group. The Kenai subdistrict setnetters have yet to come online, but they’ll be restricted based on the prohibition of bait in the Kenai River late-run king salmon fishery as well. The Kasilof River is tracking ahead of last year, with 79,292 fish passing the sonar as of Monday, according to Fish and Game.

The Kenai River sonar went online July 1. The sockeye being caught in the Kenai mainstem so far are largely Russian River sockeye, which are headed upstream to spawn near Cooper Landing. That sport fishery opened mid-June with additional area: Fish and Game opened the sanctuary area near the confluence of the two rivers early. The sanctuary doesn’t usually open until the late run or if the run is particularly large.

“This year, we saw what we needed to see, and I think it served everybody’s interest to spread out a little more up there,” he said. “This is a fairly new tool that we have since we have a few more years of data.”

The weir at Lower Russian Lake has counted 13,655 sockeye so far, a fraction of what it counted last year on the same date. However, that 13,655 is about 8,400 fish lower than the lower end of the escapement goal for the early run, and there are still two weeks left before it transitions to the late run. Last year was an anomalously huge run, Lipka said. They ended up with nearly 126,000 sockeye on the early run, about triple the upper end of the escapement goal.

Effort on the Russian so far has been reportedly good on weekends but light on week days compared to a normal year, meaning it’s mostly residents using their weekends to fish as opposed to the normal load of tourists. Lipka cautioned anglers that there have been reports of brown bear activity on the road side of the river this year and that anglers should keep their gear and fish close.