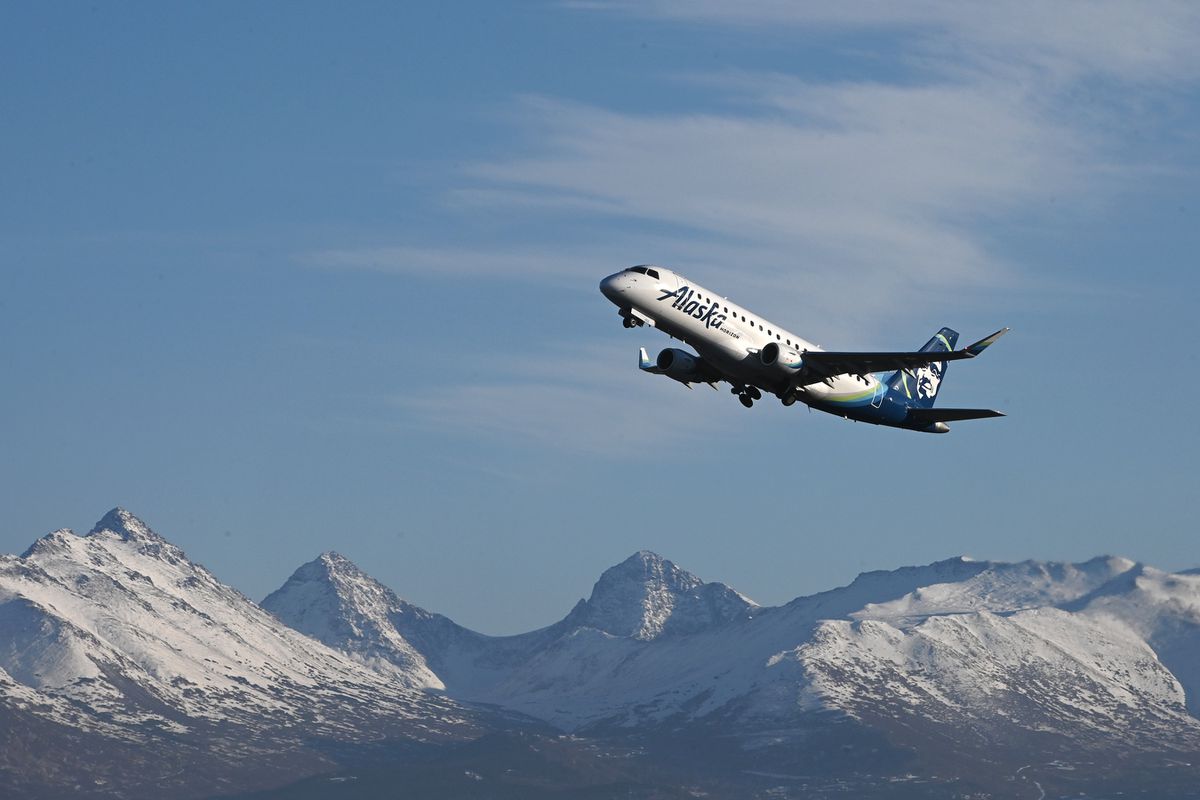 Alaska Airlines has launched new passenger service to the Bristol Bay region despite the pandemic that has devastated the airline industry with the help of its sister airline’s smaller, more efficient jets.

Horizon Air began daily service to Dillingham and King Salmon Oct. 18 with its Embraer 175 commuter jets. The regional carrier is also flying the E175 between Anchorage and Fairbanks on behalf of Alaska Airlines on flights advertised as AlaskaHorizon, marking the second time in the last six years the airlines have attempted to utilize smaller planes for in-state flights.

For years Alaska Airlines flew passenger service to the Bristol Bay hubs only during the summer months, when demand for flights to the region spikes from the large commercial salmon and sport fisheries and supports flying the major carrier’s larger Boeing 737 jets.

Historically, in-state carriers PenAir and more recently Ravn Alaska operated daily scheduled Part 121 service to the Bristol Bay communities. However, the jointly owned PenAir and Ravn fleets were grounded in April following a 90 percent drop in demand due to the pandemic, company leaders said at the time.

The Ravn and PenAir fleets were subsequently sold in a July bankruptcy auction and the new ownership group is currently working to resume scaled back service statewide.

Even before Ravn and PenAir stopped flying many residents Dillingham and Naknek-King Salmon were already urging Alaska Airlines to serve the region year-round because of increasingly unreliable service from the other Part 121 carriers.

Nathan Hill, manager of the Lake and Peninsula Borough, which has its offices in King Salmon, wrote via email that he believes the region’s demand for air service has largely been met with adequate capacity by several carriers over the years but added that he thinks the main concern among residents “revolves around consistency and predictable airline delivery services.”

Marilyn Romano, Alaska Airlines regional vice president for the state said Alaskans who have traveled via the E175 in the Lower 48 have also routinely asked specifically about when the twin-engine jet might be deployed in Alaska.

Utilizing the 76-seat E175s — versus the 124-plus seat 737s the airline otherwise uses — for Anchorage-Fairbanks service provides Alaska the flexibility to increase the frequency of flights between the state’s largest cities to up to seven per day, according to Romano.

The airlines are currently flying four or five round-trip Anchorage-Fairbanks flights per day, mostly with E175s. Romano also said the E175 could help unlock other markets in the state down the road.

One of the Alaskans who has occasionally hassled Romano about getting the E715 to Alaska is her longtime friend and former Fairbanks state senator Gary Wilken, she said.

Wilken, who stands 6-feet-8-inches tall, first flew in an E175 several years ago out of Seattle and wrote in an email that he has “been a fan ever since.”

Wilken who estimated he has made the flight between Anchorage and Fairbanks upwards of 800 times over 35 years, wrote that the small jet has a deceptively “roomy” feel to it, not only between seats but the ceiling above the seats feels higher as well.

He also noted that the windows are larger than those in a 737.

“I don’t have to bend way over to look horizontally out the window,” Wilken wrote. “One can actually look up and see the sky above.”

Horizon’s 30 Embraer 175s are on average less than three years old, according to the company.

Alaska previously employed Horizon planes in the state in the spring of 2014 when Horizon began flying its 76-seat Bombardier Q400 turboprop aircraft between Kodiak, Anchorage and Fairbanks. However, the airlines pulled the Q400 out of the state in 2017 citing challenges with operating the regional aircraft in the remote Alaska market.

Romano and Horizon President Joe Sprague said in interviews that the airlines considered the Q400 operation in Alaska a success, but emphasized that the E175 should improve the logistics of using regional aircraft in the state because it is a faster jet that can start each day in Seattle, where Horizon conducts the vast majority of its maintenance.

Sprague said starting the Alaska-bound E175 in Seattle allows the airlines to use it for a passenger revenue flight to Anchorage each day before it flies elsewhere in the state, thus improving the finances of the operation.

With its range of more than 2,100 miles and a top cruise speed of about 620 miles per hour the E175 “is not what you would historically consider a regional aircraft,” Sprague said, adding it feels more like a 737 inside the cabin.

“It’s a perfect airplane for these thinner markets.”

Horizon will continue to honor Alaska’s policy of three free checked bags on in-state flights with the E175 for passengers that are members of the airline’s popular Club 49 program for Alaska residents, Sprague said as well.

However, many passengers might prefer the E175 to the larger jets because — while they are temporarily blocked on all Alaska Airlines flights — it does not have the dreaded middle seats. The E175 has two seats on each side of the main cabin aisle and three seats across each first class cabin row.

Sprague said Horizon is also currently blocking one of the aisle seats in each row of its aircraft, which reduces the planes' overall capacity by about 25%.