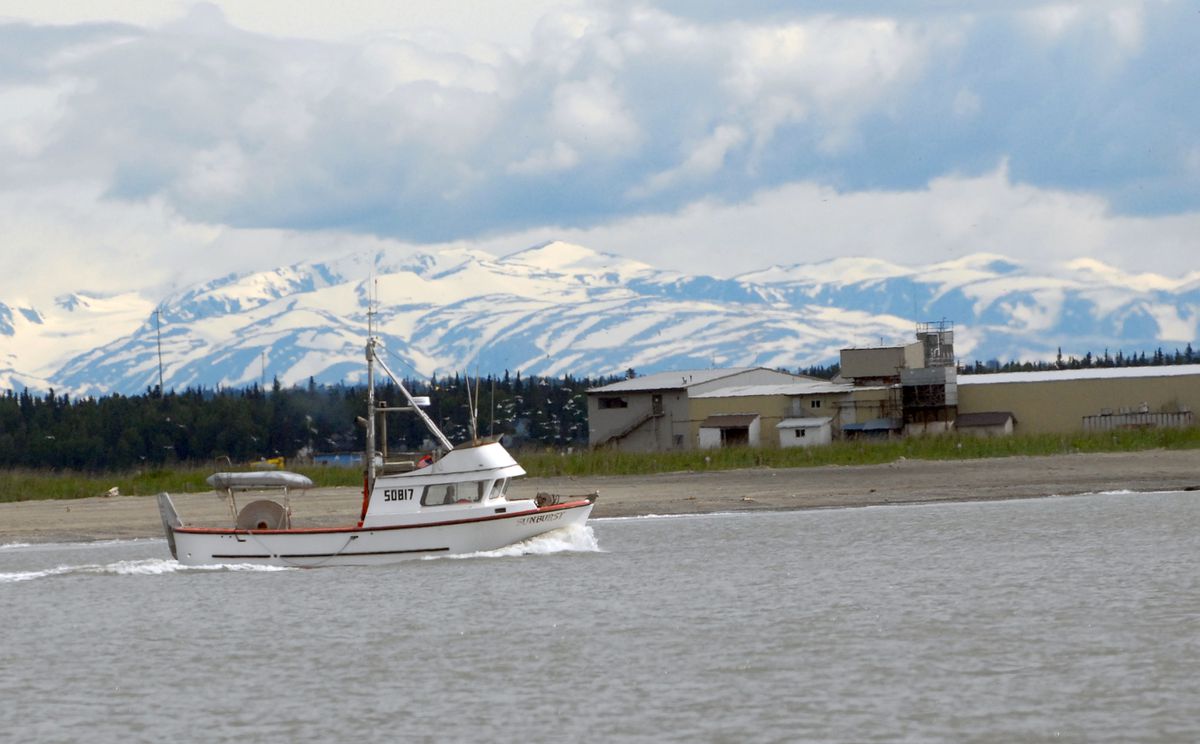 A Dunleavy administration proposal to shut down a large chunk of Cook Inlet to commercial salmon fishing has drawn a tidal wave of opposition from Alaska fishermen.

The state’s proposal, alongside two other viable options, is under consideration by the North Pacific Fishery Management Council, as the federal government prepares to assume oversight of the salmon fishery in federal waters.

The state has managed salmon fishing in those waters — west of Homer and Ninilchik off the southern Kenai Peninsula — for decades.

But two Cook Inlet groups representing commercial fishermen filed a lawsuit in 2013 challenging the state’s management. A federal appeals court sided with the groups in 2016. It ordered the council, which oversees fishing in most federal waters off Alaska, to include the inlet’s federal waters in its fishery management plan.

The council is expected to decide the issue on Monday, after taking public testimony at a virtual meeting. The court has given the council until Dec. 31.

The council has received 225 comments on the issue, most favoring an option to allow state management with federal oversight and review. There appears to be no support in the comments for another alternative, complete federal management.

As for the state’s proposal to close the federal waters, it has received a lone vote of support — from the Kenai River Sportfishing Association. The group was founded by Bob Penney, a sportfishing advocate and real estate developer who contributed more than $350,000 to support Gov. Mike Dunleavy’s 2018 election.

The sportfishing group denies that it was involved in the development of the proposal, and when asked about Penney’s potential involvement, a state Fish and Game official said the question was not appropriate.

Scores of commenters oppose the state’s proposal, which would close an area where the Cook Inlet driftnet fleet typically lands about half its catch.

[Pandemic has taken a bite out of seafood trade and consumption]

Many say the proposal could have devastating consequences, forcing seafood processors and perhaps hundreds of fishing operations out of business, with the economic fallout spreading to other industries.

“It is pretty sad when the state is pushing something that would be the last nail in the coffin for commercial fishing in Cook Inlet,” said David Martin, president of the United Cook Inlet Drift Association, which filed the 2013 lawsuit with the Cook Inlet Fishermen’s Fund.

Some opponents suggest that Penney’s influence may be a factor in the state’s proposal. Shutting off fishing in federal waters could allow more fish to return to Cook Inlet rivers, supporting sportfishing. They note that in 2015, Penney helped lead an unsuccessful initiative attempting to halt another commercial salmon sector off the Kenai Peninsula, the commercial setnets that fishermen extend off beaches, in order to protect king salmon and other fish species. The Alaska Supreme Court found the initiative to be unconstitutional.

Jeff Berger, regional manager of fishers and products for Pacific Star Seafoods, a seafood processor in Kenai, said the state’s proposal could put some processors out of business.

“It will be very detrimental” and would “devastate” the driftnet fleet if it passes, Berger said.

Berger charged that it’s part of an effort “mostly by Bob Penney to eliminate commercial fishing in Cook Inlet.”

Penney did not return several requests for comment. Dunleavy’s office did not respond to a question about whether Penney was a factor in the proposal.

Rachel Baker, Alaska Department of Fish and Game deputy commissioner and a member of the council representing the state’s interests, introduced the state’s proposal in October, more than two years after the council had begun analyzing the two other alternatives.

In an interview Wednesday, Baker said it was important that the council have the full range of options to consider, which include closing the federal waters. She said the state has not settled on an alternative and is weighing the impacts of each, including the state-federal option.

Asked if the measure was proposed as a concession to Penney, she said she had no answer to the question and it’s not appropriate to ask her about it.

Ben Mohr, executive director of the Kenai River sportfishing group, said his group had nothing to do with the state’s proposal, and Penney likely did not, either.

“I don’t know if Bob did, but I highly doubt it,” Mohr said.

He said Penney is no longer on the KRSA board, after his term recently ended.

“The development of our comments were done without Bob’s oversight or involvement,” Mohr said.

Helping only sportfishing or other fishing groups is not KRSA’s goal in supporting the state’s proposal, Mohr said. Instead, the group is focused on protecting the long-term sustainability of salmon returns to Cook Inlet, a goal that opponents of the state’s proposal also cite.

The sportfishing group is concerned that the federal government lacks the experience to properly manage the fishing in federal waters while the state-federal alternative would be inefficient, not allowing for quick and effective in-season adjustments, Mohr said.

Numerous salmon stocks returning to rivers across Cook Inlet pass through the federal waters, so a management mistake there could have terrible consequences, he said.

“There is not any room for a learning curve for federal management here,” Mohr said. “If you overharvest a return, there’s no telling where those fish might be bound for.”

He said the driftnet fleet could still fish in state waters, within 3 miles of shore, though opponents of the state’s measure have said commercial setnet fishermen can fish up to 1.5 miles offshore, removing much of that space.

Micciche said the inlet driftnet fleet, consisting of more than 500 permit-holders, land their entire salmon catch in the federal waters.

Closing the waters will lead to shorter seasons for the fleet, since the area is often targeted early as salmon return to the inlet, he said.

“It’s simply unfair, and Alaskans should be enraged,” Micciche said of the proposal.

Micciche said he didn’t support the 2013 lawsuit and doesn’t want to see shared management, but he supports the state-federal option.

”In this case, I see it as the lesser of two evils,” he said.