Open & Shut: A bike apparel boutique for women and a late-night diner open, while the Bradley House and a taco truck end their run 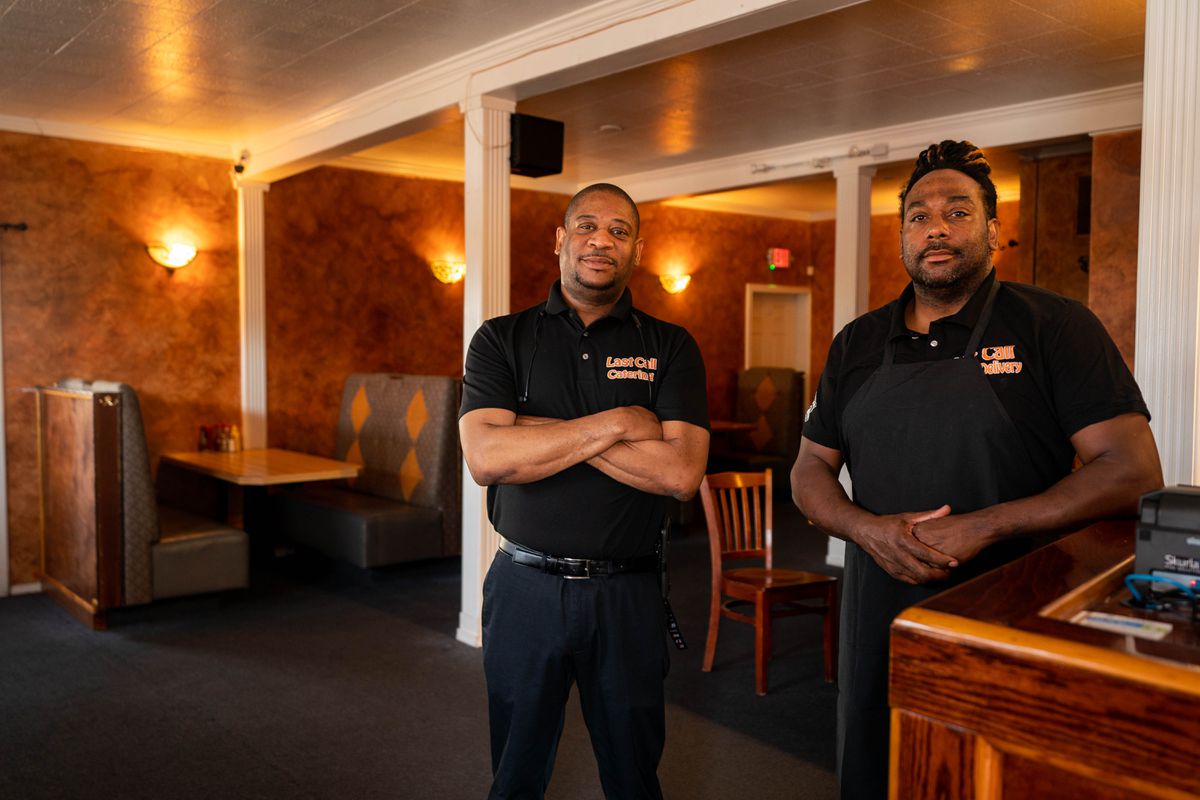 Open & Shut is an ongoing series looking at the comings and goings of businesses in Southcentral Alaska. If you know of a business opening or closing in the area, send a note to reporter Alex DeMarban at alex@adn.com with “Open & Shut” in the subject line.

Last Call Grill and Delivery: When COVID-19 struck last spring, Gregory Daniels was furloughed from his job as a chef at an offshore drilling rig in Cook Inlet.

With money tight, he bought a grill, printed up promotional flyers and launched a delivery-only business, Last Call Grill and Delivery.

He said he personally handed out about 5,000 promotional menus outside bars, hospitals and strip clubs, letting people know he’d serve up American fare until the early hours of the morning.

Business took off. Profits rolled in, he said.

It helped that there isn’t much dining in Anchorage past midnight, said Daniels, a longtime cook and restaurant owner from South Carolina.

“I had to figure something out, and I went to what I know how to do and that’s cook and sell food,” he said. “The first night I made $1,000, and it proceeded to grow as word got around about the food.”

Things went so well that in late June, Daniels moved into the building at 302 W. Fireweed Lane that once housed Marco T’s Pizzeria, which shut its doors because of the pandemic.

Three weeks into Daniels’ new operation, sales are strong and growing, he said.

Families arrive for dinner when the restaurant opens at 7 p.m. A younger crowd shows up as bars close, some patrons staying until closing time at 4:30 a.m., he said. He offers catering and delivery, too.

He also dishes up pancakes, omelets and other breakfasts.

“Every dime I made, I reinvested it,” Daniels said. “I want a better life for myself and my family.”

AK Cycle Chic: Krystal Offord and Nancy Richmond were sitting around in a “garage happy hour” during the pandemic last year when they started talking about the difficulty finding women’s bike clothing in Anchorage.

“Bike shops do a great job selling bikes, but women’s specialty clothing and gear and accessories and that kind of thing is severely lacking,” Offord said.

Offord, who was a fiscal officer at the University of Alaska Anchorage at the time, had lost her job due to university budget cuts. Richmond — nicknamed “Viper McGnarly” for her aggressive riding style — was retired.

So the two friends decided to launch a boutique selling women’s biking apparel.

After months of planning, AK Cycle Chic launched on Tuesday with a soft opening in the afternoon. The grand opening with a “soiree party” is scheduled for Aug. 5, said Offord. The shop is located at 908 W. Northern Lights Blvd., former home of The Alaska Walking Store’s Midtown location.

The store sells colorful jerseys, biking shorts and other clothing, plus cycling-inspired jewelry, art and housewares.

The owners plan to sell women’s biking shoes, too, but they can’t yet. They’ve been hard to find during the pandemic, Richmond said.

The owners plan to turn a loft into an art gallery where female craft-makers can sell items. The store doesn’t sell bikes, but it plans to host bike repair workshops run by women.

“We’d like to get involved in the community more, and we see this place where women can come if they have questions or problems,” Richmond said.

It caters to tourists and local residents who want to enjoy a bike ride with help from the electric motor, said Liz Cohen, an employee.

“Anyone and everyone is using them and interested in them,” she said.

The shop owns about 100 e-bikes of different styles and sizes. They include mountain bikes and commuter bikes.

The store likely can’t buy more e-bikes until next year, she said. Demand for e-bikes rose during the pandemic, and orders for new ones are backed up for a long time, she said.

Bradley House: The restaurant in South Anchorage will close on July 25 after 21 years in business, due to pandemic-related factors that reduced sales and made it hard to find workers, said longtime owner Bernadette Bradley.

“I can’t find enough employees to operate the place if I wanted to or need to, and it’s too stressful on my managers with the turnover,” Bradley said.

Dine-in shutdowns and other restrictions over the past year hurt the business, which hasn’t offered its lunch service in more than a year, she said.

Instead of the usual summer workforce of more than 50 employees, the restaurant is employing about 23 workers.

People are leaving the industry for other opportunities, she said.

“A lot of the hospitality people are not coming back because they were pretty much in poverty in winter with the shutdowns,” she said.

About $600,000 in federal pandemic grant funding, offered through the Restaurant Revitalization Fund under the Small Business Administration, helped her pay off that debt to herself, she said.

The money also allows her to provide severance packages to her workers. And she’ll return much of the money to the federal government, she said.

“Financially I’m OK, but I can’t run a restaurant properly if I don’t have enough cooks and the food takes forever to reach customers,” she said. “And if there’s not enough servers, then the service is poor.”

“It was a fun ride. Lots of great memories,” said owner Carlos Cardoso in a Facebook post.

In an interview, Cardoso said he closed because of the lack of business during the pandemic and continued uncertainty in the restaurant industry.

It was a fun ride. Lots of great memories. Los Tacos is closed indefinitely. I will keep this page active for the...

ShuzyQ: After the pandemic hurt its business, the shoe boutique in April left its spot next to South Restaurant and moved a bit farther down in the same building, into Mountain View Sports at 11124 Old Seward Highway.

The combination has benefited both the hunting and fishing store and the shoe retailer, both business owners said.

More tourists and locals are getting outdoors as the pandemic slows, so the sports shop brings in lots of traffic that’s helping the boutique, said ShuzyQ co-owner Dawn Walsh.

“It’s turned out real cute,” Walsh said. “The men can go on the fishing side and the women can go in the boutique.”

Speedway Express is owned by 7-Eleven. The chain in May purchased the convenience store arm of Marathon Petroleum Corp., which owned the Tesoro stations in Alaska.