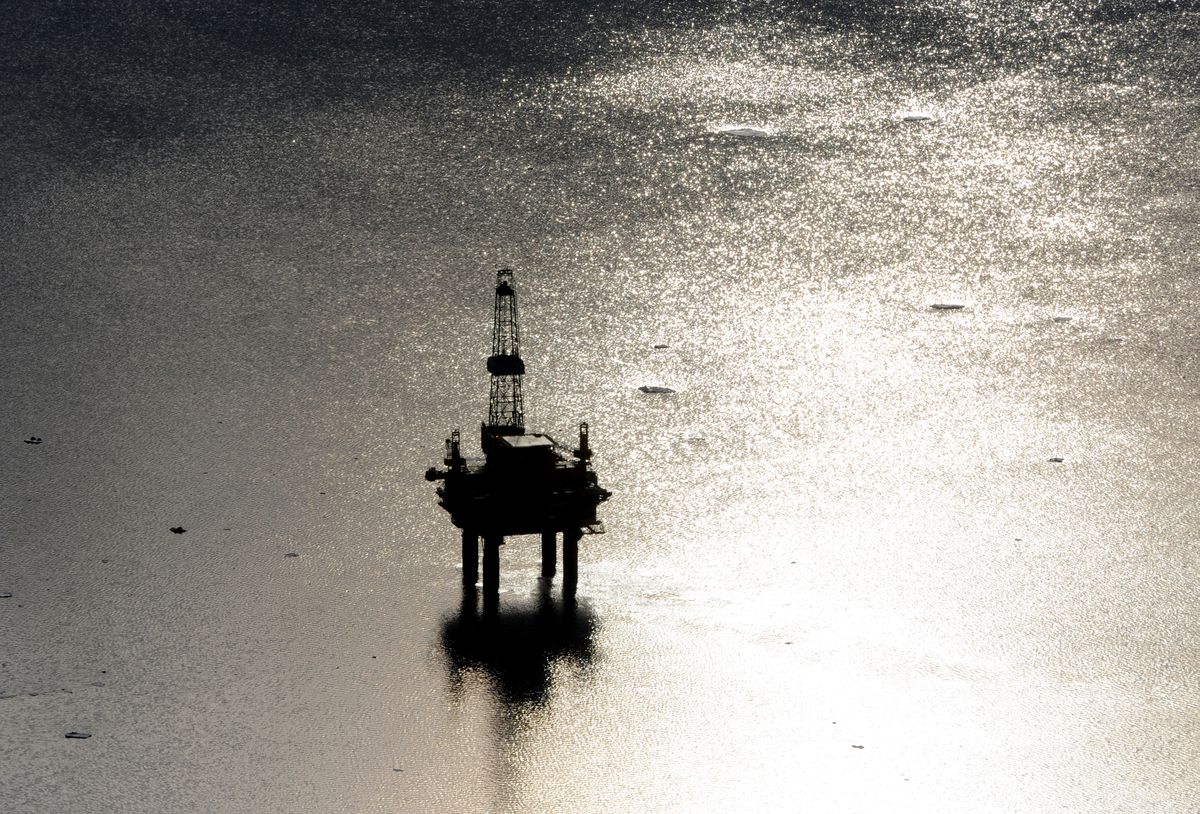 Hilcorp’s Platform A on Sunday, April 2, 2017. A pipeline that delivers natural gas used as fuel for this platform and three others began leaking in December, and was permanently repaired this month. (Bill Roth / Alaska Dispatch News)

Hilcorp’s Platform A on Sunday, April 2, 2017. A pipeline that delivers natural gas used as fuel for this platform and three others began leaking in December, and was permanently repaired this month. (Bill Roth / Alaska Dispatch News)

A Cook Inlet natural gas pipeline that leaked for much of the winter, sparking concerns about the environment and wildlife, has been permanently repaired by undersea divers for Hilcorp Alaska, the state reported Monday.

Repair divers installed a temporary repair clamp that stopped the leak on April 13. On Friday they installed a permanent repair clamp over the gash on the pipeline, located northwest of Nikiski.

"Divers returned to the site on (Saturday) and detected no bubbles or leaks," the Alaska Department of Environmental Conservation said Monday in its sixth — and final — situation report on the incident.

The leak from the undersea 8-inch pipeline — which delivered fuel gas to offshore platforms — began in late December. It wasn't detected until Feb. 7, when a helicopter crew saw surface water churning.

Sea ice prevented inspections by repair divers until early April. Hilcorp blamed the leak on pipe abrasion against a seafloor boulder. That problem, aided by the Inlet's notoriously strong tides, has caused other leaks, including two in 2014 on the same pipeline that sprung a leak this winter.

The gas leak and other setbacks experienced by Hilcorp in Cook Inlet this winter led to increased scrutiny from regulators, as well as demands for better oversight and maintenance of the half-century-old facilities the company acquired from other operators in recent years.

Hilcorp, Cook Inlet's top oil and gas producer, has said it is stepping up inspection efforts with high-tech gear. It also pleased conservation groups on May 4 when it announced a $75 million plan to shut down a crude oil tank farm in western Cook Inlet that sits dangerously close to Redoubt volcano.

The state agency said numerous observation flights spotted no wildlife near the leak.

The Department of Environmental Conservation is still reviewing Hilcorp's environmental sampling and monitoring reports involving water quality and other data, the statement said.