There’s only one coal plant being built in the nation, and it’s at UAF 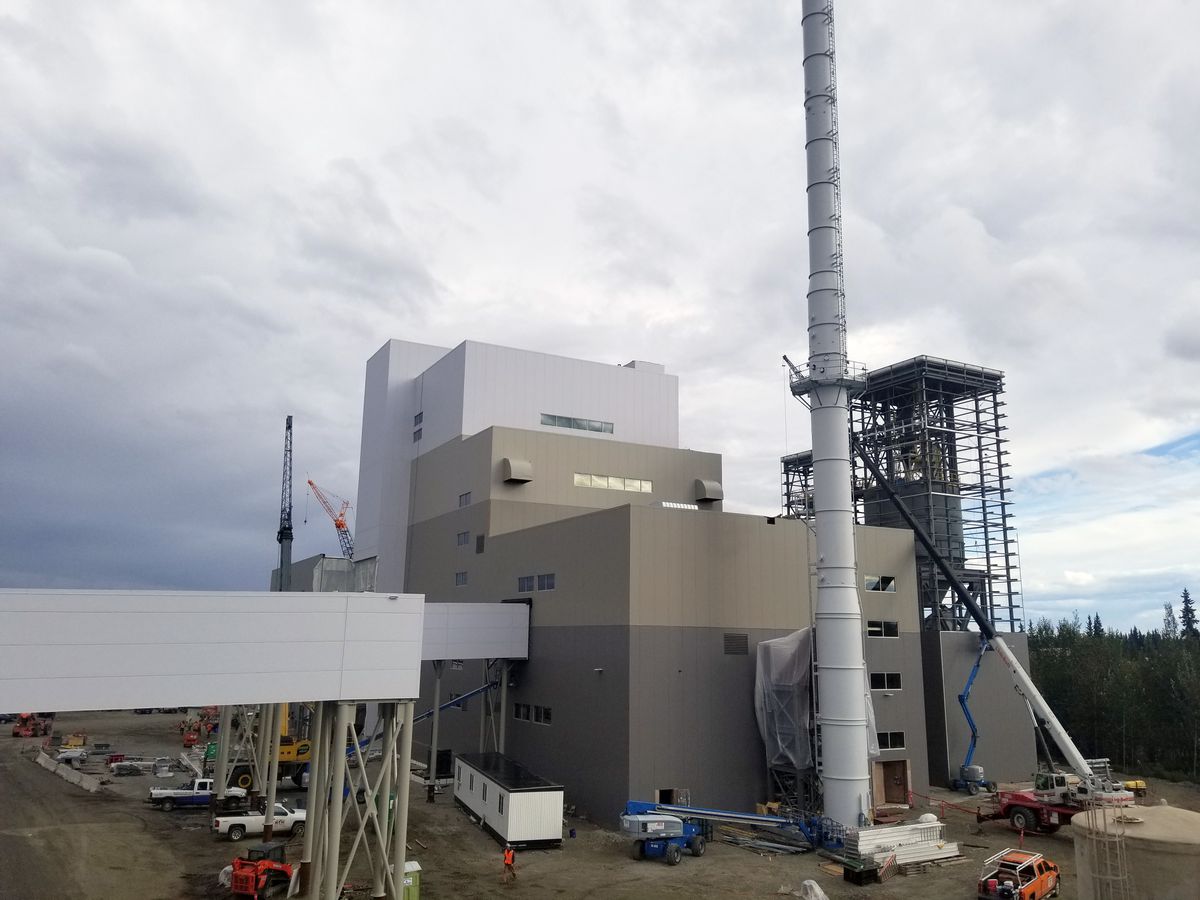 The nation's only coal-fired power plant currently under construction is being built at the University of Alaska Fairbanks, a distinction that highlights the steep challenges facing the coal industry in Alaska and nationally — even as President Donald Trump fights to revive it.

The small, $245 million effort, set for completion in late 2018, will replace the university's old and troublesome coal-fired boilers with a cleaner-burning system that provides for heat and power campus-wide. It will make a potentially catastrophic midwinter shutdown far less likely than the old plant, university officials say. And it will reduce emissions of air pollutants, including climate-altering carbon and the fine particulates that have pushed Fairbanks air pollution past federal health levels.

But the 17-megawatt project stands alone in the United States, and not just because it's a fraction of the size of the 350- to 1,000-megawatt  plants that utilities generally build. With the world increasingly awash in natural gas, utilities are halting plans for new coal plants. Instead, they're building cheaper, more environmentally safe gas plants.

"Every week I see coal plants retiring, not just because of gas but because of renewables," said Larry Persily, who tracks energy issues as chief of staff to Kenai Peninsula Borough Mayor Mike Navarre.

The university just couldn't buy reliable, affordable gas, its officials said. The giant gas reserves on the North Slope remain out of reach. Cheap coal, however, is available at the Usibelli Coal Mine in Healy, a two-hour drive away.

"Until there's another viable source of energy, (coal) is what we have to work with," said Kari Burrell, vice chancellor for administrative services.

The mine in Healy extracts a tiny fraction of Alaska's huge coal reserves. Once-big exports to Asia have dried up.

The university acknowledges it could have built a gas plant more cheaply. But gas would have cost $20 million annually, four times more than coal.

With power outages on the rise, officials also worried about major failures. Officials in January 2015 discovered two cracks in boilers.

The university, known for its research into global warming, decided in 2013 that a cleaner coal system was the right compromise, economically and environmentally.

The university made the best choice, Persily said. The Alaska LNG project would make North Slope gas available statewide in addition to its export as liquefied natural gas, but the project remains years from construction — if it's ever built at all.

"As a state we have a lot of gas, and we are victims of climate change, but at some point life has to go on," Persily said.

Nationally, coal plant construction has been mothballed even as Trump rolls back environmental regulations. The U.S. Energy Information Administration lists one other coal plant as under construction, a 320-megawatt facility in Wyoming. But that plant, planned for 20 years, has stalled amid permitting and legal issues, according to news accounts.

Those are a problem even if they're not introduced for 20 years, he said.

"Any utility that will put a couple of billion dollars into building a new plant will need to recover that investment over 30 to 40 years," he said.

But Miller sees coal demand at utilities generally remaining stable over the next decade. It can be stockpiled easier than gas, giving utilities an emergency fuel.

Berry said the president has limited ability to boost coal's fortunes when natural gas is so cheap.

But U.S. coal mines could become a "swing" provider of coal on the global market, filling energy gaps in some countries and boosting U.S. exports, she said.

Ukraine, facing supply disruptions, agreed this summer to import 700,000 tons of coal from a U.S. company this year. The deal followed a meeting between Trump and Ukraine President Petro Poroshenko.

Coal production and exports are up this year, so far, after a poor year last year. But the EIA expects the production growth to slow to 1 percent in 2018 from 8 percent this year.

Trump's actions eliminating Obama-era restrictions on coal have emboldened the industry with a new sense of hope, said Lorali Simon, vice president of external affairs for the Usibelli mine.

"We're no longer waiting for an onslaught of new federal regulations to be shoved down our throats," Simon said.

But Simon acknowledged that world market forces may be outside Trump's control.

In recent years, the company has slashed about 40 positions, mostly through attrition as employees quit or retired, leaving about 110. Less coal to haul also contributed to a steep workforce reduction at the Alaska Railroad.

Usibelli's "bread and butter" remains its coal sales to the university and five other coal-fired power plants operating in Alaska, Simon said.

The company is hoping to grow exports. It's looking worldwide for new export opportunities in 2018. But the outlook isn't promising.

"Right now, there doesn't seem to be any low-hanging fruit," Simon said.