Off-road Alaska town offers free electric-car charging. First you have to get there. 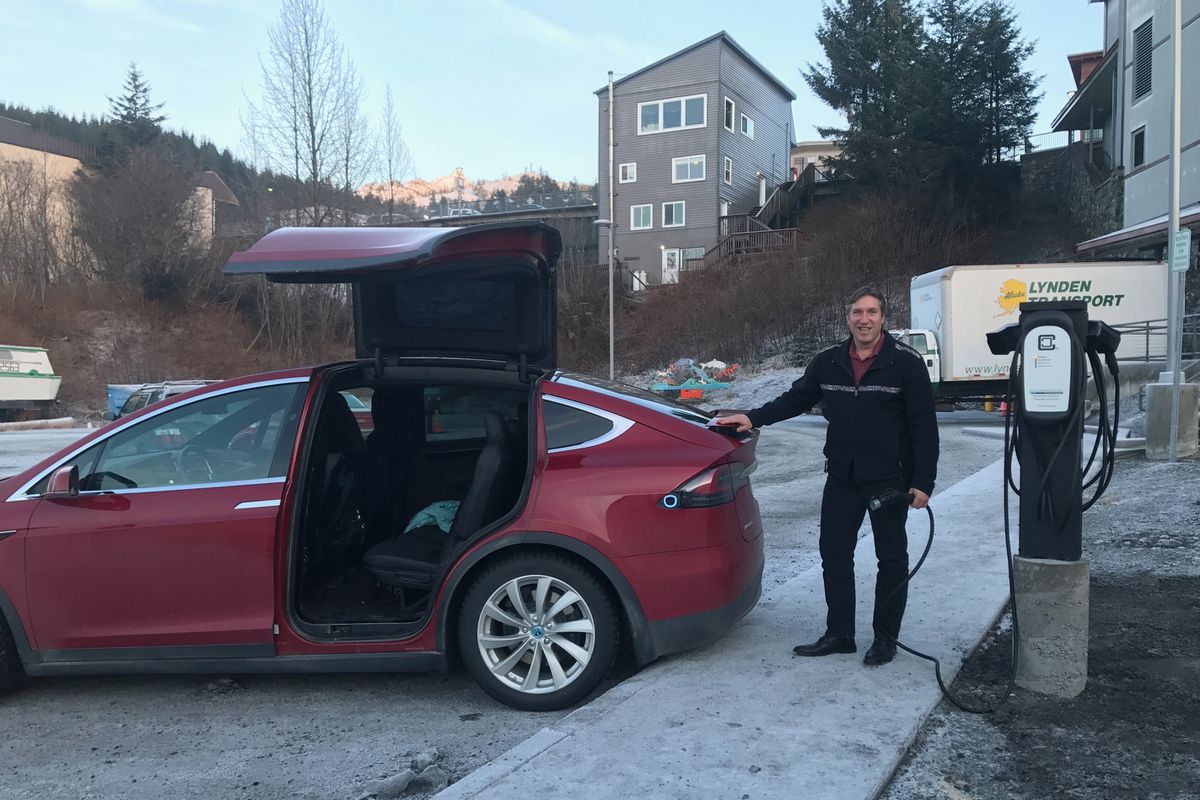 A seaside town cut off from Alaska's road system seems an unlikely incubator for electric vehicles in the frigid north.

But Cordova, home to at least one electric car and 45 miles of road from end to end, recently installed two charging stations, enough to power four cars simultaneously.

Anyone in the world can use them for free.

"The No. 1 goal is reducing the cost of living in Cordova and to use the resources we have as best as possible," said Mayor Clay Koplin.

The town has an abundance of renewable hydroelectric power, and electricity provides about double the miles of gasoline for the same cost, he said.

"This is about economics and the environment," he said.

Getting there won't be easy. The state highway system is more than 40 miles away, across the Chugach Mountains. Decades-old plans to link Cordova were never finished, leaving a scenic highway that dead-ends after 40 or so miles.

Vehicles in the town of 2,400 are hauled across Prince William Sound by year-round ferry, five hours from Valdez, seven from Whittier.

But there are plenty of sights for visitors, and a one-hour charge will get you about 20 miles, Koplin says.

The downtown stations were installed just before Christmas, a project of the city and the Cordova Electric Cooperative, where Koplin is chief executive.

They're part of a plan to make Cordova, largely electrified by hydropower, fully reliant on renewable energy. Koplin said electric costs in Cordova are close to twice as high as in Anchorage, while gas prices are also much higher.

"Electric vehicles are coming," Koplin said. "We are just getting out in front of it."

So far, the town has one Tesla. Rumors of a second electric car, perhaps a Nissan Leaf, went unconfirmed. The possible owners didn't return phone calls.

Leafs, Chevy Bolts and the dashing Teslas are growing more common in Alaska, advocates say. Nationwide, Americans purchased 87,000 of those and other fully electric cars in 2016, a 22 percent increase from 2015, according to the International Energy Agency.

They're a departure from hybrids, such as the Toyota Prius, that run on gas and electricity.

Extra tourism is one benefit of the new stations, said John Harvill, 80, the Tesla owner in Cordova.

Charging stations in most of Alaska are sparse, he said. There are only a handful in Anchorage, offered by businesses, based on information from electric vehicle drivers and plugshare.com.

Harvill once shipped his car on the ferry to Anchorage and at one point had to run an extension cord out of his hotel room to power it.

The charge was much slower than he'd get at a charging station, providing just 36 miles of range after 12 hours.

Electric car owners in Southcentral Alaska are looking for communities with reliable charging locations, he said.

"We want to make things more environmentally friendly for everyone," said Harvill, who supported the charging stations but powers up at home.

He believes Alaska is home to fewer than three dozen Teslas. About 10 are in Juneau, including his. Nissan Leafs are increasingly popular in the city of 33,000, he said. There are at least 175.

The cars make great sense in mild climates such as Cordova's and Juneau's, he said. But cold weather can sap batteries, making them less practical in places such as Fairbanks or even Anchorage, with their chillier winters. Manufacturers are quickly overcoming that problem, he said.

Any mayor who would authorize charging stations "with only one electric car in town is a forward thinker," Paulick said.

Mayor Koplin said purchase and installation of the charging stations cost about $15,000. Stations with billing capabilities weren't worth the extra cost, he said. The utility paid for the project using a renewable energy fund, with the city waiving a permit fee and providing the property.

Some utility customers have complained their payments are funding the free stations.

Koplin tells them the charging sites are future moneymakers.

Cordova residents will be encouraged to buy new electric cars as they see them around town and learn their advantages. Electricity use will rise, because people will primarily power the cars at homes or businesses for convenience, Koplin said. The extra consumption can stabilize utility rates.

"It will keep money in the community," said Koplin, who's considering buying a Leaf to replace his gas-run Chevy Equinox.