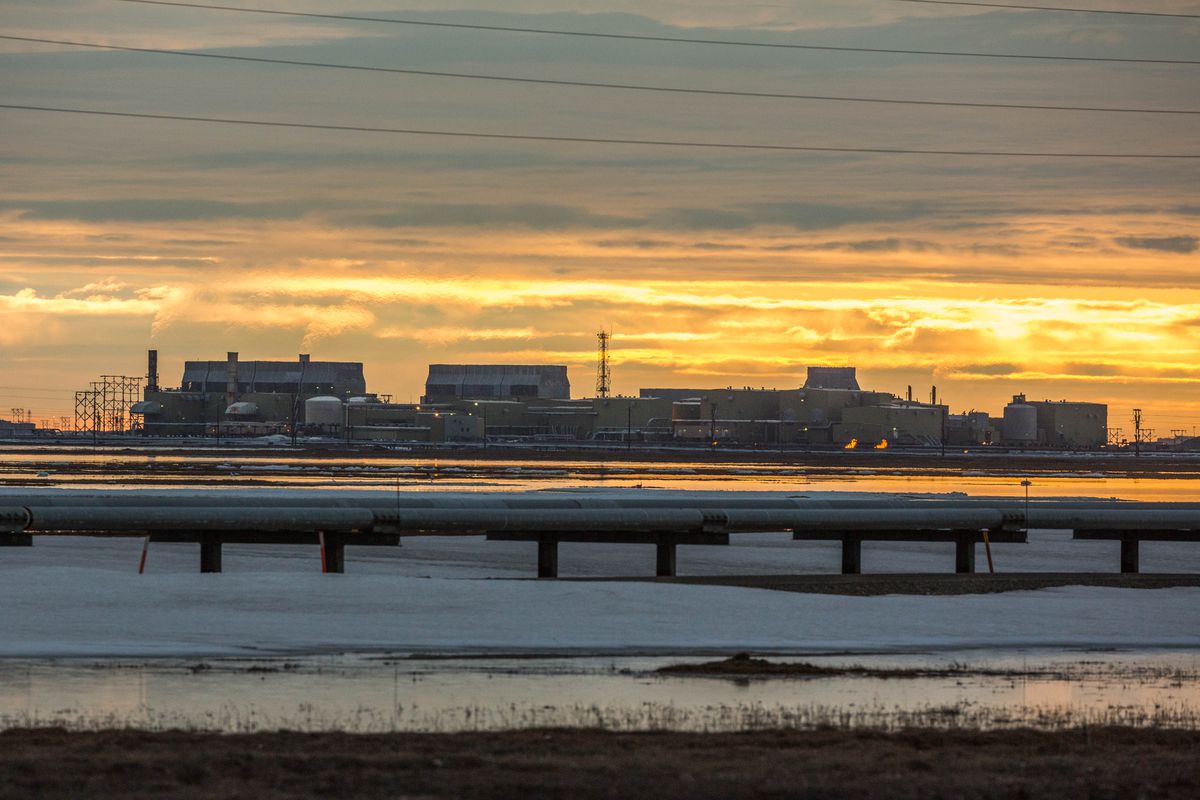 The geologist behind Alaska’s oil resurgence is chasing a new opportunity near the Arctic National Wildlife Refuge that he hopes will equal his 2013 discovery that led to a rethinking of North Slope exploration.

“We think it could be really big,” Bill Armstrong said, referring to his new prospect. “We have multiple ideas, but the running room there is massive."

In November, Armstrong quietly snatched up 200,000 acres in the state’s annual lease sale, bidding $14 million and dominating the sale. On the little-explored acreage west of ANWR, Armstrong hopes to repeat his success at Pikka far to the west.

The effort has a big partner.

“A little something extra,” Armstrong said last month. “A bit like serendipity. In Louisiana, it means you find something you didn’t expect. It’s like, ‘We got a lagniappe.’ ”

Oil Search sees lots of potential in the Lagniappe land, including geological characteristics similar to Pikka’s, the company said Jan. 25.

A regional study by Armstrong and Oil Search in 2018 pegged the land as "highly prospective for oil,” Oil Search said.

Oil Search came to Alaska in 2017 to pursue development at Pikka, one of the biggest onshore U.S. oil discoveries in decades. The $5 billion project has the potential to significantly boost Alaska oil production. The first drops could flow in 2023.

“What we’re chasing with Lagniappe is what see at Pikka, but younger,” Armstrong said.

More Pikkas could be waiting across the North Slope and into the Arctic Ocean, he said. The oil traps are “subtle," challenging to find on seismic data.

“They don’t say, ‘Jump out and drill me,’ ” he said. “They’re hard to see until you know what you’re looking for. Then you say, ‘Oh, there’s another, and another, another.’ ”

“Alaska is in the beginnings of something that could be really game-changing," Armstrong said. “Usually you have to go to some remote part of the globe to find something like this, but it’s right here, and industry is just waking up to this."

The chance to discover new oil is also behind BP’s first-ever seismic shoot across all of Prudhoe Bay, though officials caution they don’t expect to find anything close to Pikka’s size.

“This field is really mature, so to find something big, I don’t think it’s in the cards,” said Fabian Wirnkar, BP’s vice president of reservoir development in Alaska.

But BP might find “little pockets” of “bypassed” oil at Prudhoe, he said.

“Once you start doing some investigation, you might be surprised with what you see," he said.

BP’s seismic shoot does not stem from the Pikka discovery, he said. Instead, it grew out of BP’s smaller 2015 seismic survey that helped the company stabilize Prudhoe oil production for three straight years.

The goal once again is minimizing declining production at Prudhoe Bay, also owned by ConocoPhillips and ExxonMobil. Thirteen billion barrels of oil has been produced there since the 1970s. Its peak production days are long gone.

“My job is to look at Prudhoe Bay and make sure we are turning it upside down to see what’s available,” Wirnkar said. “Something might come up, something might not, but being optimistic geoscientists, we’re always looking for that opportunity.”

Drillers today are like surgeons who thread catheters through blood vessels, starting in the leg, to insert a stent in the heart, he said.

By the end of the year, BP should have much of the data "processed to identify new pockets of oil,” he said.