ConocoPhillips to reduce Alaska oil production by half in June 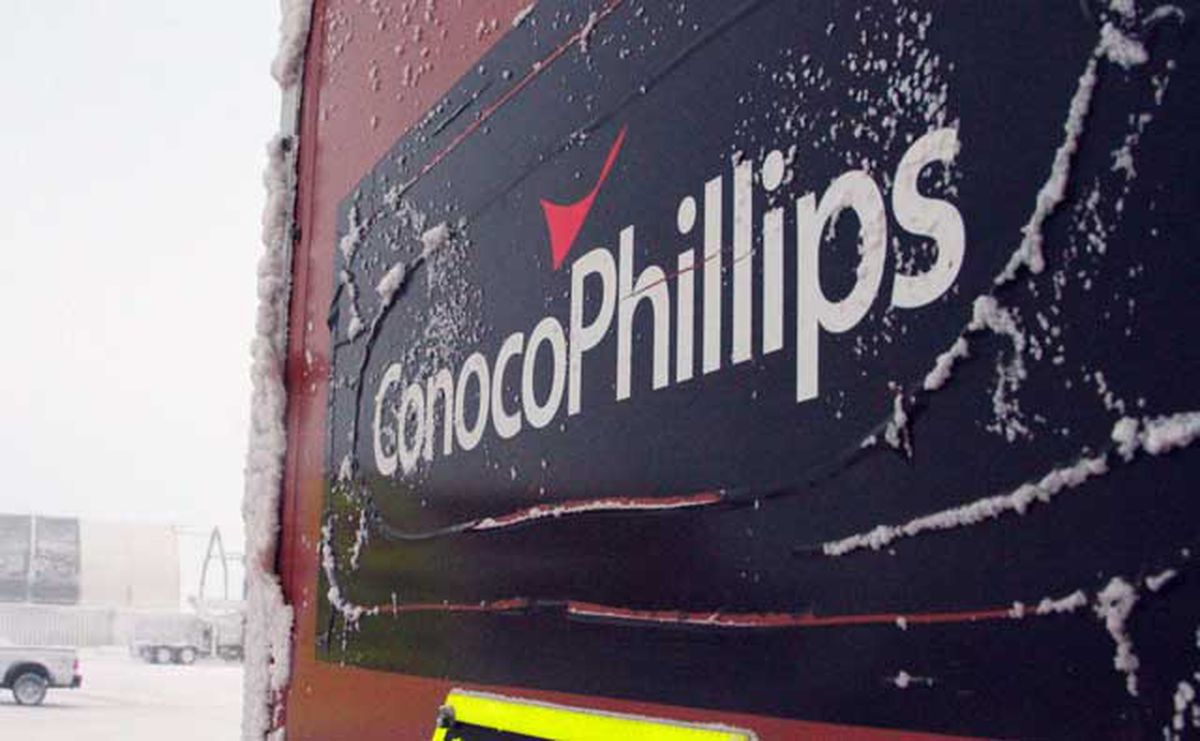 Alaska’s largest oil producer announced Thursday it will cut production by about 100,000 barrels in June due to low prices during the COVID-19 pandemic.

ConocoPhillips said the figure represents about half its oil production in Alaska.

“The ramp-down to reduce production will begin in late May and is part of broader curtailments in the Lower 48 and other areas," ConocoPhillips said in a statement.

“This is a significant cut, in terms of pure production numbers," said Sean Clifton, policy and program specialist with the state Division of Oil and Gas. “It’s big, but they are doing it prudently. With oil prices as low as they are, it makes a lot of sense.”

The action follows a temporary cut of about 50,000 barrels of oil daily to North Slope production in Alaska, implemented by Alyeska Pipeline Service Co. last week. The pipeline operator, owned by ConocoPhillips, BP and ExxonMobil, said the decision was prompted by a forecast for May of an oversupply of oil.

The reduction made by Alyeska Pipeline is expected to end in May, Clifton said. The ConocoPhillips cut would follow, he said, so the production cuts should not be cumulative.

“These are two separate actions that should not overlap,” Natalie Lowman, a spokeswoman with ConocoPhillips Alaska, said in a statement. “The actions we announced today did not include layoffs. We continue to monitor the market situation. But at this time, based on our current outlook, we chose to maintain organization capacity so we can resume programs in the future.”

The price of oil in Alaska had plunged from more than $70 a barrel early this year to $10.63 on Wednesday, amid the historic collapse in demand caused by the COVID-driven global slump.

During the pandemic, ConocoPhillips had already announced $400 million in cuts to its Alaska spending plans, and has demobilized drilling rigs in Alaska as the oil market has crashed.

Service companies working for the industry have shed staff amid the sudden reduction in work.

The shutdown in drilling cut short the company’s exploration programs in Alaska this spring, after ConocoPhillips grew concerned that COVID-19 would spread at its remote camps, said Matt Fox, chief operating officer at ConocoPhillips, in a call with financial analysts on Thursday.

Authorities have announced only one North Slope oilfield case of the virus, involving a worker at the Prudhoe Bay oil field operated by BP.

ConocoPhillips said on Monday it will consider additional “curtailment beyond June” on a monthly basis.

“The curtailment is not expected to impact operations of the trans-Alaska pipeline,” the company said.

“This decision was made in response to unacceptably low oil prices resulting from global oil demand destruction caused by the impacts of the COVID-19 pandemic, combined with a global oversupply of oil,” ConocoPhillips said. “The curtailment will essentially leave the oil stored in the reservoirs, available for resumption of production at a later date. The actions ConocoPhillips Alaska is taking with this production curtailment underscore the extraordinary challenges currently facing the oil and natural gas industry in Alaska and elsewhere.”

Clifton said Alaska state officials were informed about ConocoPhillips’ plans in advance. Officials in the division have not heard of additional planned reductions in Alaska from other oil producers, he said.

“Not that anyone has told us,” he said.

ExxonMobil and BP declined to comment on any potential planned cuts in Alaska.

Another top oil producer in Alaska, Hilcorp, said it has two drilling rigs in operation on the North Slope, with one in Cook Inlet.

“At this time, we have no announced production cuts other than following Alyeska Pipeline’s proration directive,” said Luke Miller, a spokesman with Hilcorp.

The state is analyzing the financial impact the reductions will have on revenue, Clifton said.

During the first quarter of 2020, ConocoPhillips Alaska produced 218,000 net barrels of oil daily in the state.

[Clarification: This article has been updated to remove a statement from Sean Clifton that said Alyeska will not need to do any pro-rationing after May, referring to the roughly 50,000-barrel daily reduction already in place. Clifton later clarified that he intended to say that Alyeska Pipeline probably would not need to continue any pro-rationing, with ConocoPhillips announcing such a large reduction to start in late May. But ultimately, that decision will be up to Alyeska Pipeline, Clifton said.]