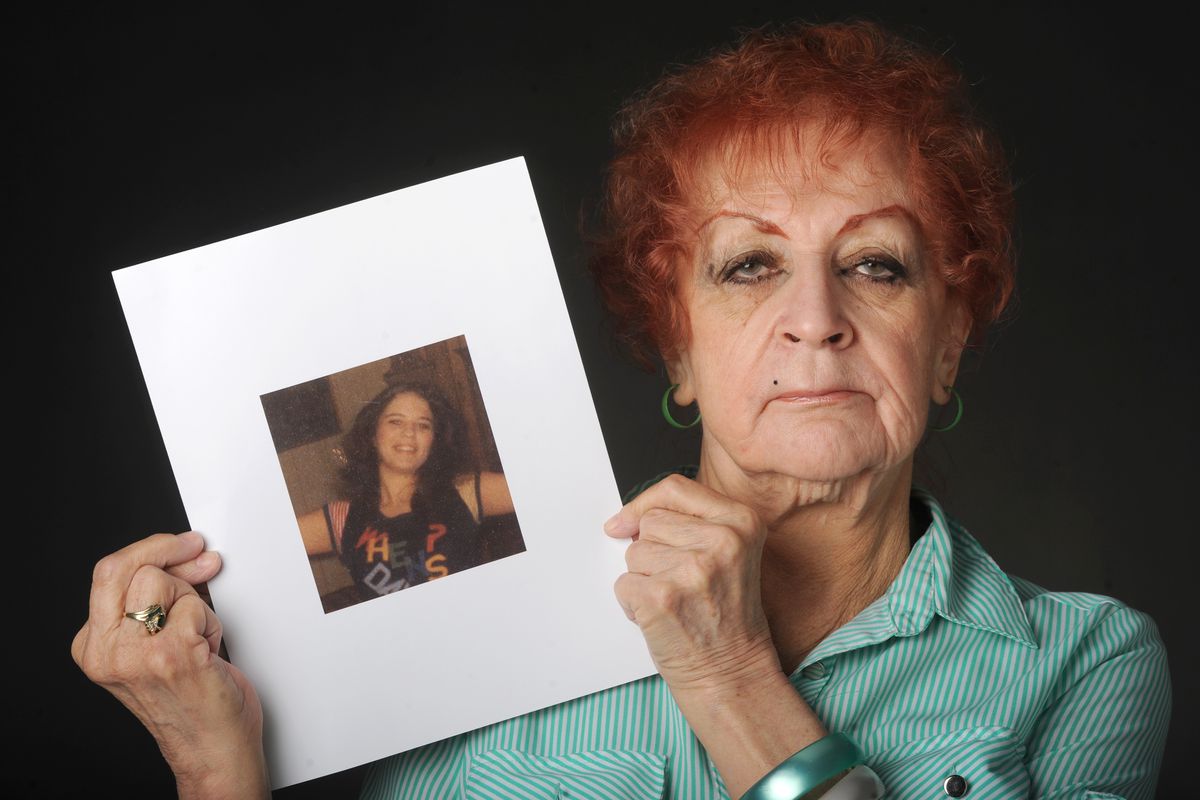 On a foggy Saturday morning in early January 1978, the body of a 16-year-old girl was found in a ditch off the Seward Highway. An autopsy would later determine she had been beaten, sexually assaulted, dragged behind a car and then tossed down an embankment. Her broken fingernails suggested she had tried to crawl back to the road before she died.

Later that night, police arrived at a party the girl's mother was attending. They pulled her husband outside and spoke to him in hushed tones.

He came back in and nodded at her. She knew the news was bad before he said a word.

On the day Shelley Connolly died, Jimmy Carter was president. Oil had been flowing through the Trans-Alaska pipeline for less than a year. In the Anchorage Daily News, advertisers offered fryer chickens for 89 cents a pound and an AM/FM 8-track recorder for $79.95.

Thirty-seven years, three months and 26 days have passed since then.

But for Shelley's mother, Judy Connolly, the clock is in some ways stopped on Jan. 7, 1978.

Her daughter's killer -- or killers -- have never been caught. And the last real chance for her case to be solved is about to expire.

The Alaska Bureau of Investigation's cold case unit, which investigates unsolved murders like Shelley Connolly's, will be eliminated on June 30, due to budget cuts at the Department of Public Safety.

"It means pretty much that we have no more hope," said Judy Connolly, a 74-year-old tax preparer, Texas Hold 'em poker player and grandmother who lives in Anchorage.

James Gallan, the trooper investigator currently tasked with the case, is blunt about what it would take to find Shelley's killer today. The state has forensic evidence from the original autopsy that would link at least one suspect to Connolly's body with DNA. Beyond that, all leads have been exhausted.

"We need to get lucky on the DNA, or we need a witness to step forward and say, 'this is the person who did this,' " he said.

That flicker of possibility is why Connolly again sat down last week with a newspaper reporter -- something she has done roughly once a decade since 1978 -- and discuss the facts of the case. Maybe someone will read about Shelley and remember something they know, or feel a pang of guilt. Perhaps someone will come forward.

So Connolly is willing to again look at pictures of her daughter's open-casket funeral, to remember the way she put green eye-shadow and coral lipstick on her daughter's face because it just didn't look like her without makeup. To see the white gloves the funeral director wanted to use to cover her bruised, cut hands, and the pink carnations in her nest of dark hair.

Shelley was a loud, spunky teenager, born and raised in Alaska. Connolly says she camped and fished with her family and doted on her younger brother, walking him home from the bus stop. She was petite. She didn't seem to realize how pretty she was, her mother said.

"Just a typical teenager," she said.

📷Shelley was also eager to get a quick start on life. She had dropped out of Service High School but was set to begin cosmetology courses. And she was engaged, at 16, to a man in the military a few years older than her. He was on duty at Fort Richardson at the time of her murder, and was cleared of any involvement.

On the night she was killed, she went to the well-known Anchorage bar Chilkoot Charlie's, although she was underage. It was a singular time in the history of Anchorage: With oil freshly flowing through the Trans-Alaska Pipeline, there were plenty of young men with money in their pockets, on R&R from pipeline work. Everything was greased with alcohol. At bars, "six-packing" was a popular pastime -- ordering and drinking a six-pack all at once.

On the night of Jan. 7, the city was locked in thick fog. Shelley went out wearing a top her mom didn't quite approve of -- it showed too much of her bust, Judy Connolly thought -- and the ski jacket her parents had given her for Christmas.

At some point in the night, Shelley was seen leaving Chilkoot Charlie's with several men. At least one person later reported seeing her at Leroy's, an all-night diner on C Street. Investigators had a hard time establishing a reliable timeline of the night from witness statements, Gallan said.

Two female hikers found her body the next morning, 10 miles south of Potter Marsh along the Seward Highway.

"They threw her out of the car alive," Connolly said. "Her hand got stuck in the door. They were driving with her -- she was still alive -- and once they realize they were dragging something they stopped and opened the door and threw her over the side. She rolled down near the train tracks. She tried to crawl up. You could see in the snow where she tried."

She ultimately died of a ruptured spleen and exposure.

"If they had just left her on the side of the road, somebody might have come along and saw her," Connolly said.

Shelley's death never made the front page of the Anchorage Daily News. It jostled for space with the ongoing saga of a family of crooked fortune tellers being run out of town and President Jimmy Carter's trip to France. In initial reports, her name was spelled wrong.

That was a bad time for women in Anchorage. The year Shelley was killed, seven other women were violently slain in the city.

The years pile up

The Connolly family thought the case would be solved. Then a year passed, and another.

Years turned into decades. Every spring, Connolly would check in with troopers to see where the investigation was.

The biggest break came in 1993, when the trooper then investigating the case identified four suspects potentially linked by forensic evidence to the crime. The troopers traveled out of state to interview the men.

Later, a woman who claimed to have been with Shelley on the night she was killed came forward.

"We got our hopes up then," Connolly said. "We thought maybe something would come of that."

Frustrated, Judy Connolly and her daughter Valerie began to explore different ways of generating interest in the case. They called the TV show Unsolved Mysteries. No takers there. Connolly once consulted a psychic. In 2011, a $20,000 reward for information leading to an arrest was offered.

The years kept piling up.

If she had lived, Shelley would have gotten married and started a family, her mother says. She'd be 53 now, maybe a grandmother.

“A day doesn’t go by that I don’t think about her,” Connolly said.