Trump says he will end U.S.-Cuba 'deal' unless a better deal is struck 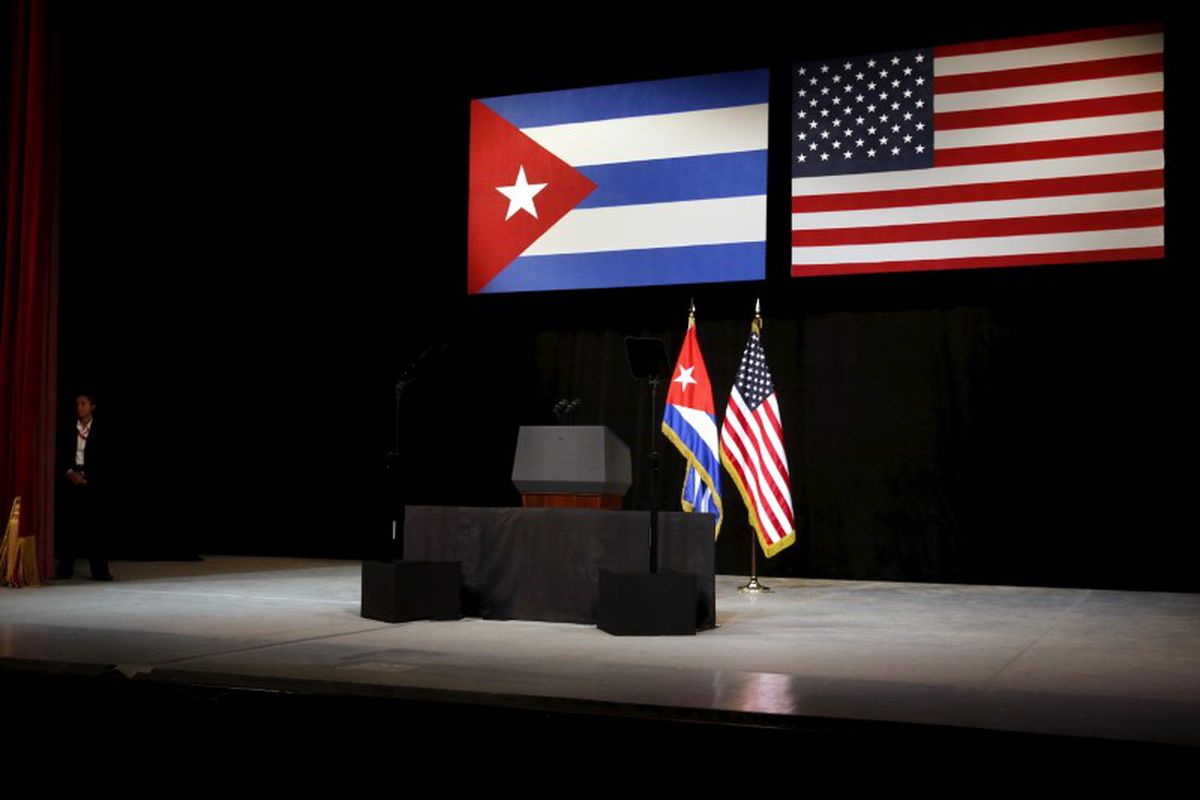 The stage is set with Cuban and U.S. flags before U.S. President Barack Obama addresses the Cuban people from the stage at the Gran Teatro de la Habana Alicia Alonso in Havana March 22, 2016. (Jonathan Ernst / Reuters)

The stage is set with Cuban and U.S. flags before U.S. President Barack Obama addresses the Cuban people from the stage at the Gran Teatro de la Habana Alicia Alonso in Havana March 22, 2016. (Jonathan Ernst / Reuters)

WASHINGTON — U.S. President-elect Donald Trump said in a tweet on Monday he would end the United States' "deal" with Cuba unless a better one was made, reflecting his campaign pledge to reverse President Barack Obama's moves to open relations with the Cold War adversary.

"If Cuba is unwilling to make a better deal for the Cuban people, the Cuban/American people and the U.S. as a whole, I will terminate deal," Trump said in a Twitter post.

Trump's tweeted as Cubans prepare to commemorate Fidel Castro, the communist guerrilla leader who led a revolution in 1959 and ruled the Caribbean island for half a century. Castro died on Friday.

[Cubans to throng Revolution Square in mourning for Fidel Castro]

On Saturday, Trump, a Republican, said in a statement that his administration would "do all it can" once he takes office on Jan. 20 to boost freedom and prosperity for Cubans after Castro's death.

The statement sidestepped whether Trump would follow through on a threat made late in his White House campaign to reverse Obama's diplomatic thaw with the island nation, leading some to view it as a softening from his campaign rhetoric toward the country.

Castro's death has led some Cubans to worry that Trump will shut down the U.S.-Cuban trade and travel ties that have begun to emerge in the past two years since Obama's historic declaration.

Cuba has always fiercely resisted what it sees as U.S. attempts to change its internal political system but the government has stayed mostly quiet on Trump, waiting to see whether the president-elect converts his harsh rhetoric into a real policy change.

Reporting by Susan Heavey in Washington and Daniel Trotta in Havana.