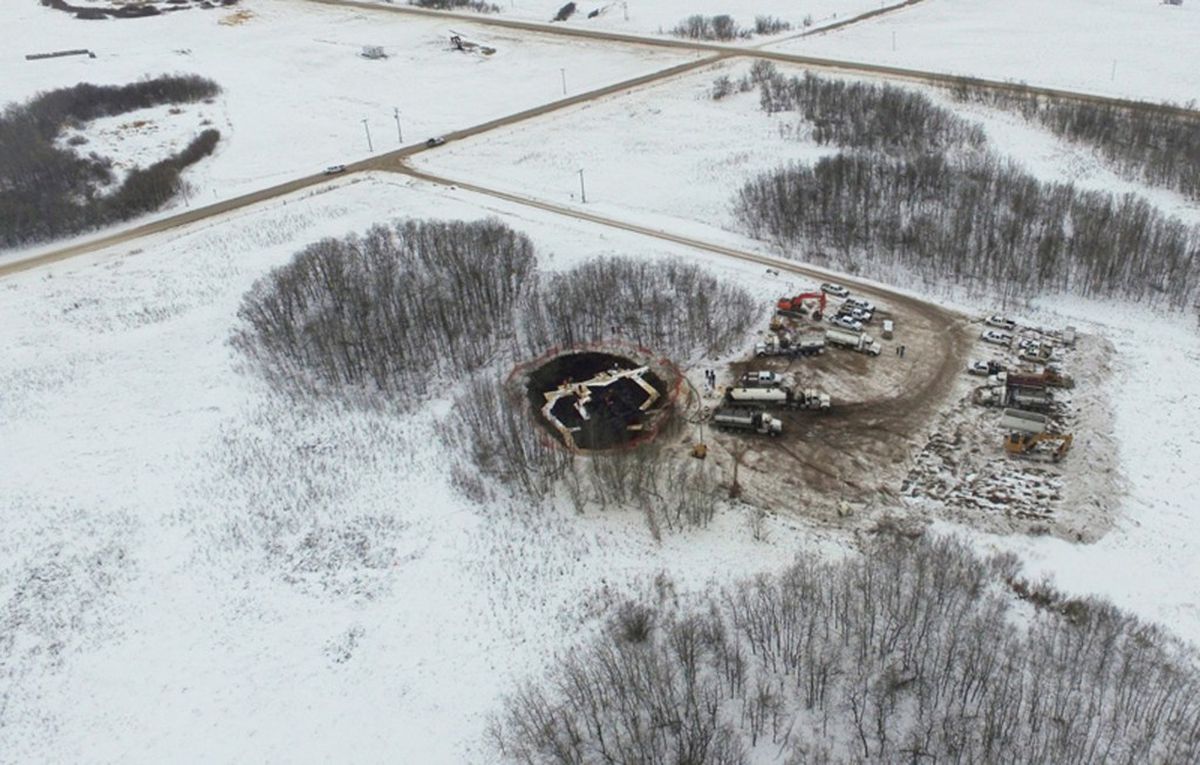 The site of an oil pipeline spill is seen in an aerial photograph provided by Indigenous and Northern Affairs Canada, near Stoughton, Saskatchewan, taken on January 23, 2017. INAC/Handout via Reuters

The site of an oil pipeline spill is seen in an aerial photograph provided by Indigenous and Northern Affairs Canada, near Stoughton, Saskatchewan, taken on January 23, 2017. INAC/Handout via Reuters

CALGARY, Alberta – A pipeline in the western Canadian province of Saskatchewan has leaked about 1,250 barrels of oil in an aboriginal community, the provincial government said on Monday.

The government was notified late in the afternoon on Friday, and most of the oil has been recovered, said Doug McKnight, assistant deputy minister in the Ministry of the Economy, which regulates pipelines in Saskatchewan.

Oil pipelines are viewed by the oil-rich provinces of Alberta and Saskatchewan as a critical lifeline to move crude to the coast, but they have drawn fierce opposition from environmental and indigenous groups.

The spill came seven months after another major incident in Saskatchewan, in which a Husky Energy Inc pipeline leaked 225,000 liters into a major river and cut off the drinking water supply for two cities.

It was not immediately clear how the current incident happened or which company owns the underground pipeline that leaked the oil.

McKnight said Tundra Energy Marketing Inc, which has a line adjacent to the spill, is leading cleanup efforts.

"There are a number of pipes in the area," he told reporters in Regina. "Until we excavate it, we won't know with 100-percent certainty which pipe."

Tundra, a privately held unit of Canadian grain trading and energy conglomerate James Richardson and Sons Ltd, released a statement saying it is cooperating with all levels of government and will ensure "the affected land is restored appropriately."

The incident happened in the lands of the Ocean Man First Nation 87 miles southeast of the provincial capital of Regina, according to the province.

McKnight said the spill has been contained in the low-lying area in which it was discovered. Ocean Man Chief Connie Big Eagle said the spill was 50 feet in diameter on Friday.

Ocean Man has 540 residents, one-third of whom live on the reserve, Big Eagle said.

She said an area resident who had smelled the scent of oil for a week located the spill and alerted her on Friday. The chief said there are no homes near the spill but it is about a quarter-mile from the local cemetery.

"We have got to make sure that Tundra has done everything that they can to get our land back to the way it was. That can take years," she said. "They have assured me that they follow up and they don't leave … until we are satisfied."