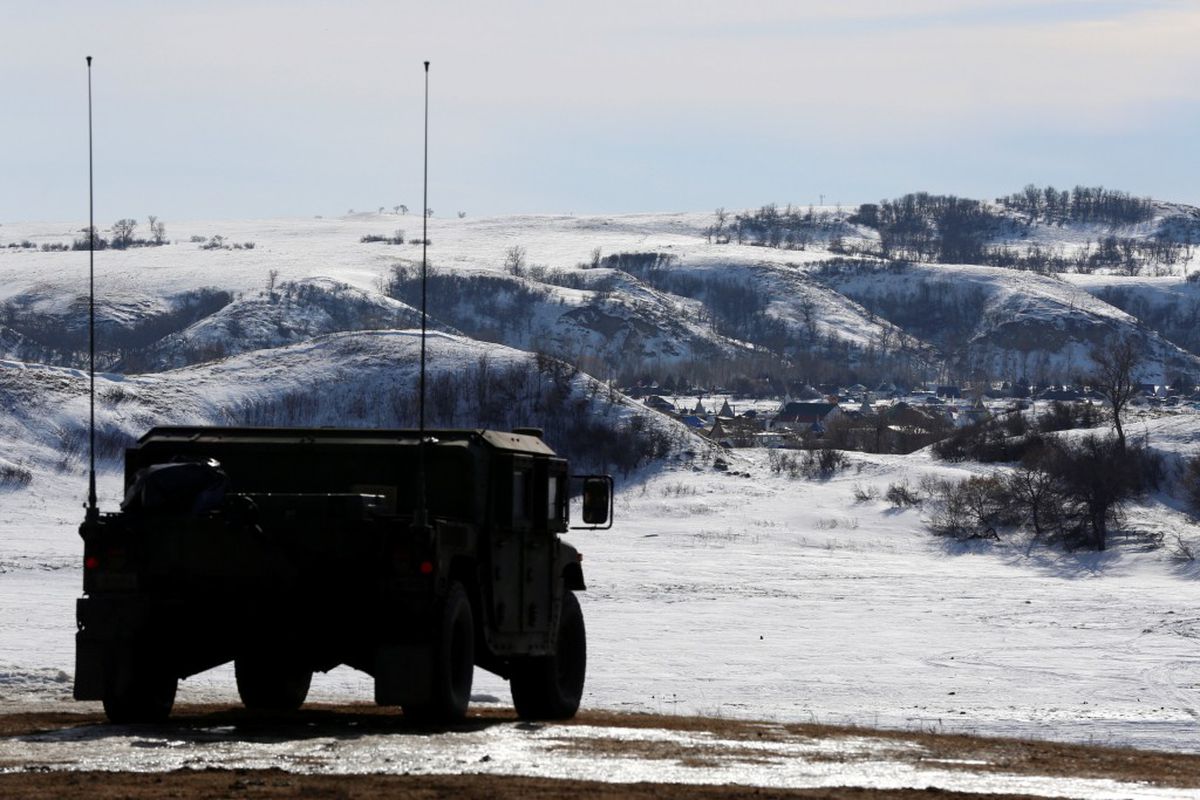 WASHINGTON – The deputy secretary of the Army will grant the final permit needed for completion of the Dakota Access Pipeline, the Army declared in a court filing Tuesday, clearing the final bureaucratic hurdle standing in the way of the massive infrastructure project.

The Army's intention to grant a 30-year easement under Lake Oahe, which came in a court filing over an ongoing federal environmental review of the controversial project, was immediately hailed by congressional Republicans and decried by members of the Standing Rock Sioux tribe and other opponents of the pipeline. In documents filed with the U.S. District Court for the District of Columbia, Army officials indicated that they were terminating a plan to prepare an environmental-impact statement on how the pipeline would affect land and water along its 1,170-mile route.

In a letter to Rep. Raul Grijalva, D-Ariz., Deputy Secretary of the Army Paul Cramer wrote that the Army intends to grant the easement to the pipeline's sponsor, Energy Transfer Partners, no later than Wednesday afternoon.

The move, coming two weeks after President Donald Trump instructed the Army Corps of Engineers to conduct an expedited review of the easement, underscores the new administration's intent to spur infrastructure development and support the fossil fuel industry. Both during the presidential campaign and since taking office, Trump has spoken of the need to accelerate domestic energy production and the construction of pipelines that can bring oil and gas to market.

The Dakota Access Pipeline crosses four states and would carry crude oil from the rich shale oil basins of western North Dakota to the pipeline networks and refineries in the Midwest; the 1,100-stretch running underneath Lake Oahe is one of the final parts to be built.

But the Standing Rock Sioux tribe and several allies, including environmentalists and some veterans, have argued that the project could imperil their drinking water supplies in Lake Oahe, a reservoir created when the Army Corps built dams farther south on the Missouri River.

Jan Hasselman, a lawyer with the environmental group Earthjustice, said the new administration had no right to short-circuit a process started by then-Obama administration officials to scrutinize the project's potential impact on critical resources along the route. Late last year, then-President Barack Obama, after weeks of protests, instructed the corps to look at different route options for the pipeline.

"The Obama administration correctly found that the Tribe's treaty rights needed to be respected, and that the easement should not be granted without further review and consideration of alternative crossing locations," Hasselman said in an email. "Trump's reversal of that decision continues a historic pattern of broken promises to Indian Tribes and violation of Treaty rights. They will be held accountable in court."

Backers of the pipeline, who argue that it is the most effective means of transporting crude oil extracted on the Great Plains, hailed the Army's decision.

"New energy infrastructure, like the Dakota Access Pipeline, is being built with the latest safeguards and technology," said Sen. John Hoeven, R-N.D., in a statement. "The discord we have seen regarding the Dakota Access Pipeline doesn't serve the tribe, the company, the corps or any of the other stakeholders involved. Now, we all need to work together to ensure people and communities rebuild trust and peacefully resolve their differences."