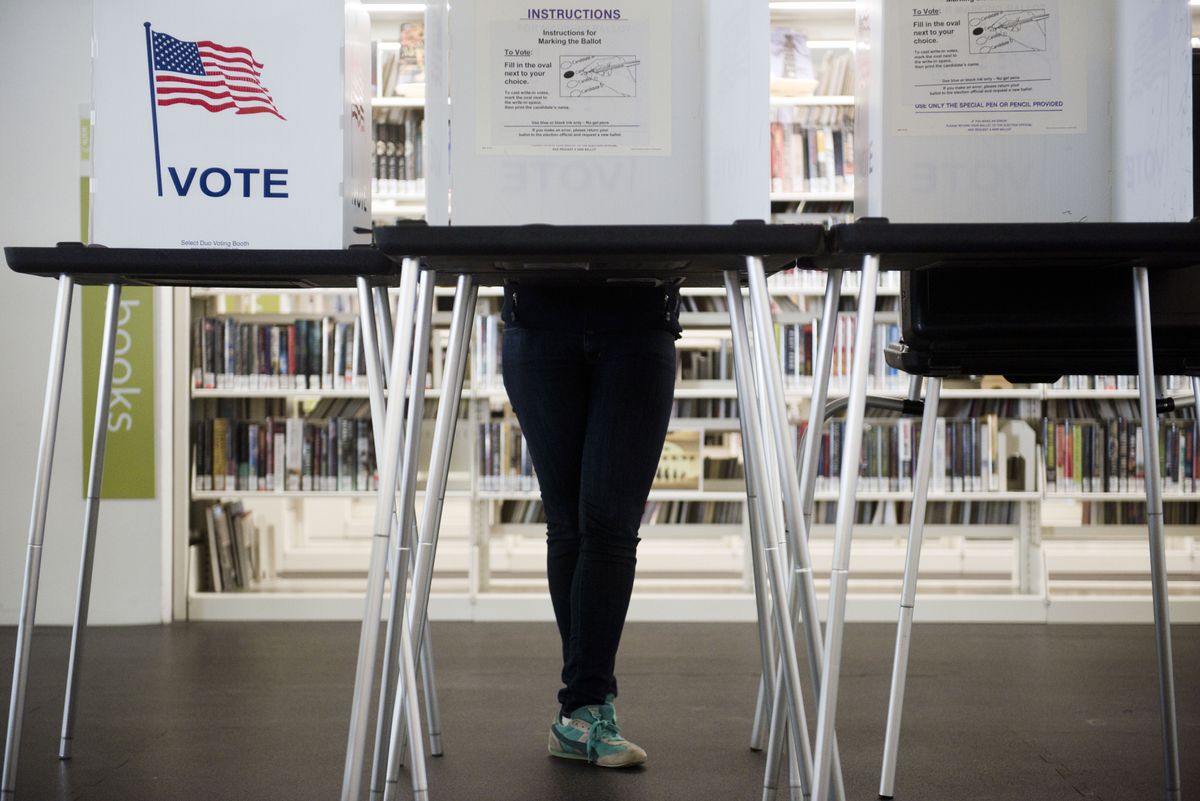 The chair of Donald Trump's Election Integrity Commission has penned a letter to all 50 states requesting their full voter roll data, including the name, address, date of birth, party affiliation, last four Social Security number digits and voting history back to 2006 of potentially every voter in the state.

In the letter, a copy of which was made public by the Connecticut Secretary of State, Kris Kobach said that "any documents that are submitted to the full Commission will also be made available to the public."

On Wednesday, the office of the vice president released a statement saying "a letter will be sent today to the 50 states and District of Columbia on behalf of the Commission requesting publicly-available data from state voter rolls and feedback on how to improve election integrity."

Under federal law, each state must maintain a central file of registered voters. Different states collect different amounts of information on voters. While the files are technically public record, states usually charge fees to individuals or entities who want to access them. Political campaigns and parties typically use these files to compile their massive voter lists.

[All this talk of voter fraud? Across the US, states Republican and Democratic found almost none]

In May, President Donald Trump created a commission to investigate alleged acts of voter fraud after he claimed, without evidence, that 3 million to 5 million illegal immigrants voted illegally in the 2016 election. The commission is chaired by Kobach, who is Kansas' Secretary of State, a voter-fraud hardliner.

Connecticut's Secretary of State, Denise Merrill, said in a statement that Kobach "has a lengthy record of illegally disenfranchising eligible voters in Kansas," and that "given Secretary Kobach's history we find it very difficult to have confidence in the work of this Commission." Earlier this month a federal judge fined Kobach $1,000 for "presenting misleading arguments in a voting-related lawsuit," according to Politico.

Advocates for voting rights and civil liberties are also sounding alarm over the letter. "The concern is that this is going to be used to justify regressive and disenfranchising federal law," said Myrna Pérez, deputy director of the Democracy Program at the NYU Law School's Brennan Center, in an interview.

Vanita Gupta, CEO of The Leadership Conference on Civil Rights and former head of the Department of Justice's Civil Rights Division, said on Twitter that the letter is "laying the groundwork for voter suppression, plain & simple."

Trump and his allies have said the Commission's work is necessary to prevent what they call widespread instances of voter fraud. But evidence for such fraud is exceedingly thin. Secretary Kobach has made it a central issue of his tenure and has achieved a total of nine voter fraud convictions. Most were older Republican voters, and at least one claims he was targeted for an "honest mistake."

Academics who have studied the issue for decades say voter fraud — particularly of the type that strict ID laws championed by Kobach and others are intended to combat — is vanishingly rare, and that voter ID requirements are a burdensome solution to a practically non-existent problem. A federal judge ruled that some of Kobach's proposed ID requirements constituted a "mass denial of a fundamental constitutional right."

[How charges of voter fraud became a political strategy]

While civil liberties advocates are concerned with what Kobach might do with what would amount to a nationwide voter file, privacy advocates worry about the implications of making such data available to the public, as the Commission says it intends to do. It hasn't specified how it would make the data available.

"Why does a random member of the public … need to know when you last voted and what your political party is?" asked the Brennan Center's Perez. "I think that access to this data in the wrong hands could always leave the opportunity for mischief. In this particular instance I'm worried about harassment as well."

States are "stewards of (this) public information," said Perez. "Once it leaves their hands in this way, there's no telling whose going to get it, and how, and what they're using it for."