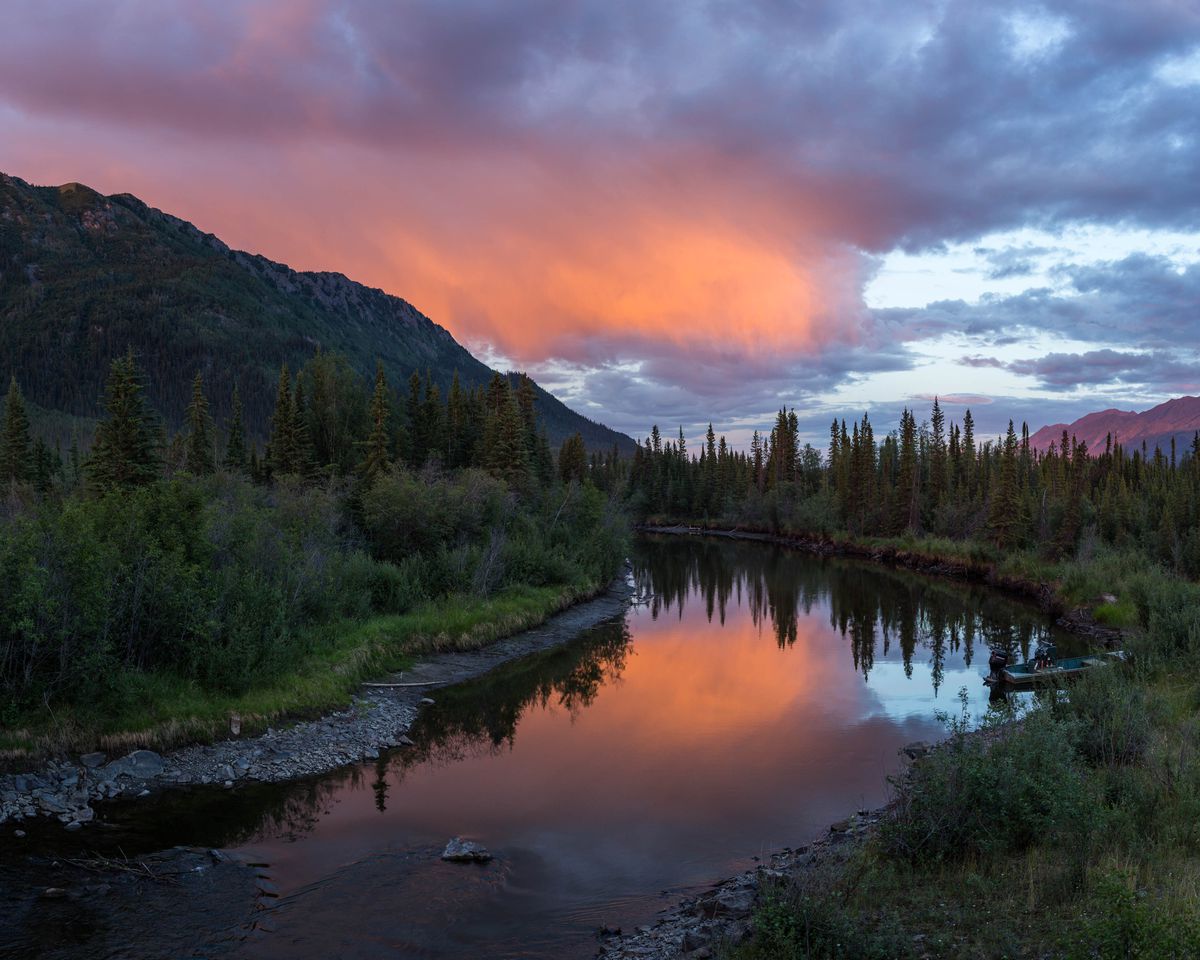 Sunset on a tributary of the White River, south of Beaver Creek, Yukon on Sunday, June 28, 2015. Loren Holmes / ADN

Sunset on a tributary of the White River, south of Beaver Creek, Yukon on Sunday, June 28, 2015. Loren Holmes / ADN

TORONTO – In Canada's far north, the government of Yukon Territory wants to attract small farmers to the frigid region with a simple pitch: free land.

And as global warming makes Canada's northern regions more hospitable to agriculture by opening once frozen land to farming, the opportunities are growing.

Bordering on Alaska in northwestern Canada, the Yukon has given away nearly 8,000 acres of farmland in the past decade, a senior government official told the Thomson Reuters Foundation. A dozen new applications are under consideration.

Now is a good time to start farming in the Yukon, say government officials.

"Our territory is expected to get wetter and warmer," said Rod Jacob, a government official with the Department of Energy, Mines and Resources in the capital Whitehorse.

"We may see opportunity with an increased growing season," Jacob told the Thomson Reuters Foundation in an email.

"A number of programs help farmers to become more resilient to climate change, including funding to increase access to water for irrigation or to have better water efficiency," Jacob said.

The Yukon is larger than Belgium, Denmark, Germany and the Netherlands combined but only 40,000 people live there, according to government data.

Free land in the area is only available for Canadians and permanent residents who have been living in the Yukon for more than a year, Jacob said.

Would-be farmers who want a free 160-acre plot of land, the maximum allowed under the program, must pay for surveying, pledge to make investments in the property and meet other conditions in order to join the initiative.

People who receive free land must farm on the property for at least seven years before they can sell it, Jacob said, in order to stop speculation. These rules do not apply to investors who want to purchase farmland through traditional investment.

On average, the government doles out about 10 parcels of free land per year, Jacob said, with most concentrated around Whitehorse.

The region's agriculture industry is relatively small, the official said, with farmers producing mostly vegetables, hay, meat and other products.

Free land in the Yukon has been on offer since 1982 and some analysts believe demand for farms in the northern region will increase as the region heats up.

Canada's far north is considered the "canary in the coal mine" by environmentalists, as global warming is felt there first and often with more intensity than other areas.

Average temperatures in the Yukon have climbed by 2 degrees Celsius in the past 50 years due to climate change, said a 2016 Canadian study, more than twice as fast as the planet as a whole.

Winter temperatures in the territory have risen an average of 4 degrees Celsius over the past half-century, the study said.

Rising temperatures have seen the population of caribou – an important food source for indigenous people in Canada's northern boreal and Arctic regions – crash. But it has also opened up new areas for agriculture in some of the far north with a longer growing season.

The winter months are still harsh, however. In January temperatures in the Yukon still frequently drop to minus 20 degrees or lower, according to 2017 government figures.