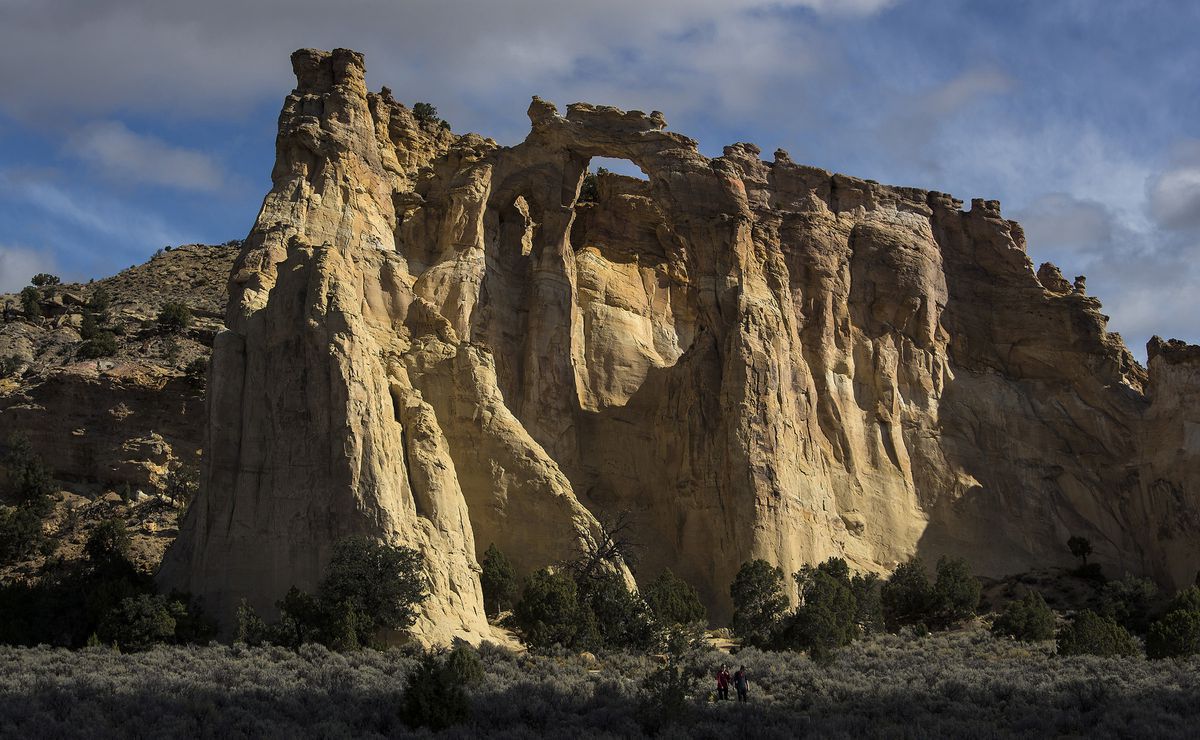 WASHINGTON – The Interior Department canceled a proposal to potentially sell public land that was once protected inside the Grand Staircase-Escalante National Monument before its boundary was redrawn, saying it contradicted Secretary Ryan Zinke's assurance last year that he would not do so.

Deputy Secretary David Bernhardt issued a statement Friday taking responsibility for an oversight that led to the bid to dispose of 1,600 acres outside the redrawn boundary despite Zinke's vow during his Senate confirmation hearing, and to department staff members shortly after he took office. "The failure to capture this inconsistency stops with me," Bernhardt wrote.

Lawmakers and conservation groups criticized Zinke despite a statement by his press secretary that he opposed the recommendation from the Bureau of Land Management, an agency he controls. "Secretary Zinke famously said that 'Not one square inch' of public land has been sold off under his watch. Now it's clear he meant to add . . . yet," Sen. Maria Cantwell, D-Wash., said Thursday. "This sell-off is an outrageous betrayal of the public trust and must not be allowed."

Along with President Donald Trump, Zinke also has been widely criticized by Democrats and conservation groups for shrinking Grand Staircase in half last year and Bears Ears by 85 percent at the request of Utah public officials who hoped to exploit the land for energy and mineral production.

Bernhardt's statement did not explain why Zinke allowed the idea to move forward to a 60-day public comment period when he was against it. "As the secretary has made clear throughout his tenure, the Department of Interior is opposed to the wholesale sale or transfer of public lands to states or private interests," Bernhardt said.

"Because the current draft is inconsistent with department policy, I am directing BLM to modify" the proposal to exclude disposing of the land.

That did not end the criticism.

"Does Secretary Zinke have any idea what's going on inside the Interior Department?" said Jennifer Rokala, executive director of the Center for Western Priorities, a nonprofit group. "He was caught red-handed trying to sell off our public lands to his political supporters. It's only after two days of terrible news stories that he is now changing direction."

"Our public lands are for everyone to enjoy and explore, not just for Zinke and Donald Trump to sell to their friends for profit," said Lena Moffitt of the Sierra Club. "No matter how many attempts, how desperately he tries to keep it out of the public's eye, Ryan Zinke must never be able to exploit our public lands for private sale."