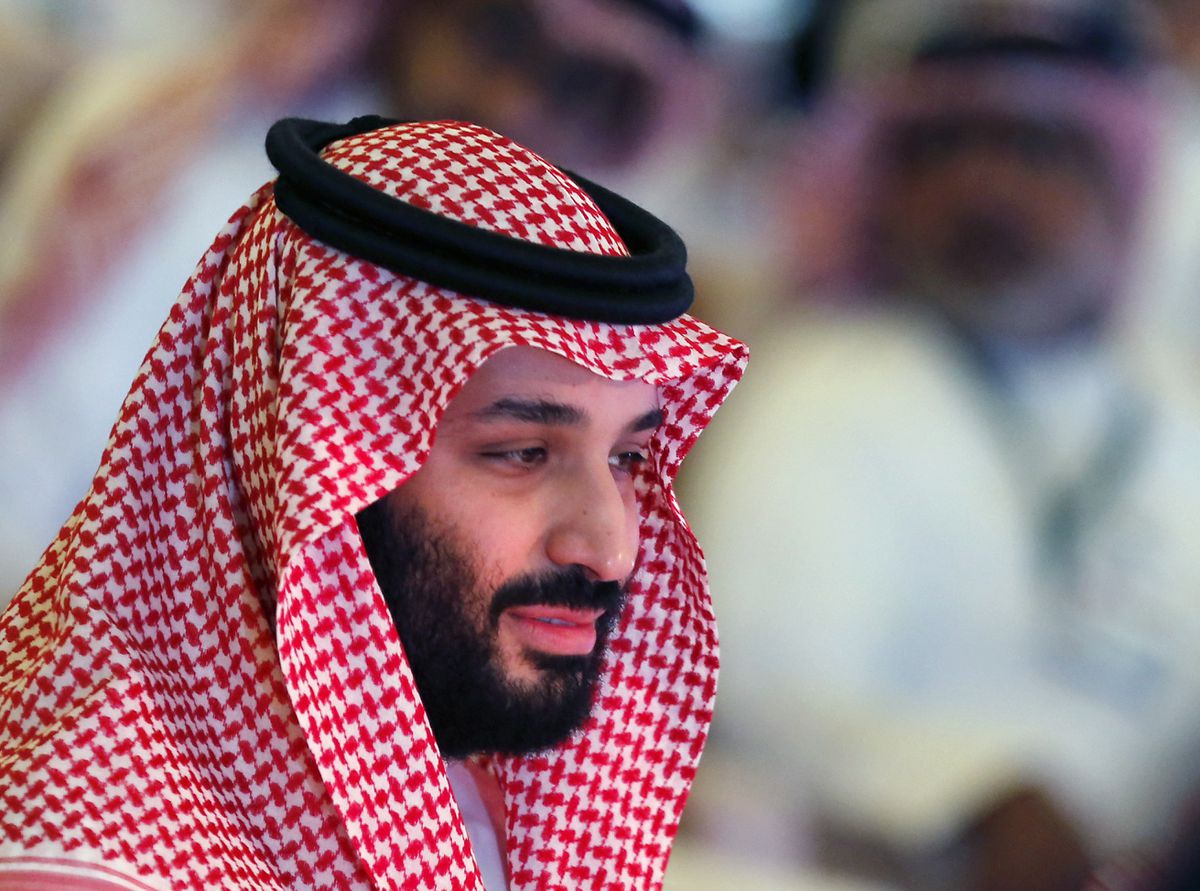 WASHINGTON - CIA Director Gina Haspel briefed President Donald Trump on Thursday about her trip this week to Turkey, where she listened to audio purportedly capturing the killing of Jamal Khashoggi, as Saudi Arabia appeared to acknowledge that its agents had murdered the dissident Saudi journalist in a "premeditated" operation.

A statement issued by the public prosecutor in Riyadh, citing shared Turkish evidence of premeditation, marked the latest reversal in the Saudi version of events and put the focus directly on the question of who ordered Khashoggi's death.

U.S. intelligence officials and lawmakers have said that the killing, in a foreign country, of a critic of Saudi Crown Prince Mohammed bin Salman, was unlikely to have taken place without the knowledge of the kingdom's most senior leaders.

Khashoggi was last seen entering the Saudi Consulate in Istanbul on Oct. 2. Saudi authorities, who insisted for weeks that he had left the building after a meeting and that they had no information on his whereabouts, said Saturday that their investigators had determined he was accidentally killed there during a brawl with Saudi agents. The authorities said the agents were there to discuss his desire to return to the kingdom but offered no indication of who had sent them.

The Saturday statement said that 18 unnamed Saudis had been arrested, and five senior officials had been fired. It also said that a high-level committee to restructure Saudi intelligence agencies - headed by Mohammed - had been formed and that a joint Turkish-Saudi investigation into Khashoggi's death was underway.

Mohammed and his father, King Salman, have both repeatedly assured Trump and Secretary of State Mike Pompeo, who traveled to Saudi Arabia last week, that they had no knowledge of a plot to kill Khashoggi.

Trump initially described the Saudi explanation Saturday as credible. But in recent days he has expressed doubt, calling it "the worst coverup ever," although he has not directly pointed the finger at the Saudi leadership. Instead, Pompeo announced that visas held by the arrested Saudis were being revoked, and the White House on Monday dispatched Haspel to Turkey.

On Tuesday, Turkish President Recep Tayyip Erdogan said publicly for the first time that there was evidence the killing had been "planned" - presumably including the audio reportedly recorded inside the consulate by Turkish intelligence.

The recording is the central piece of evidence Turkey has used to assert that the killing was planned. After listening to it and talking with Turkish officials, Haspel returned to Washington. The White House declined to provide details of her Thursday briefing, saying only that she had informed the president on her "findings and discussions."

The briefing, which the State Department said Pompeo attended, coincided with the new statement by the Saudi prosecutor, which appeared designed at least in part to jump ahead of any conclusions the administration might draw from the new information.

The Saudi statement said that the preliminary results of the joint investigation with Turkey had yielded "information from the Turkish side . . . suggesting that suspects in the incident had committed their act with a premeditated intention." A translation of the statement, published in Arabic, was provided by the Saudi Embassy in Washington.

"The public prosecution continues its investigations with the accused in light of the information it has received and the results of its investigations to clarify the facts and complete the course of justice," the translated statement said.

It was not immediately clear how Haspel's report and the announcement from Riyadh would affect the administration's thinking amid bipartisan demands from Congress for severe punishment of Saudi Arabia - the nation at the center of Trump's Middle East policy. Trump has publicly resisted calls to end weapons sales to the Saudis, the world's largest purchaser of U.S. defense equipment, saying that it would cost U.S. jobs.

But the succession of events this week have underscored the rapidly mounting pressures on Saudi Arabia to fully illuminate Khashoggi's killing, amid increasing global skepticism.

U.S. and foreign officials and experts with knowledge of the kingdom have said that such an operation was virtually unthinkable without the knowledge and approval of the highest levels of the Saudi government, particularly the powerful and ambitious crown prince. But Salman's appointment of Mohammed to head the committee revamping the intelligence apparatus, and the prince's appearance this week to host global government and industry leaders at a Riyadh investment conference, have all but ended speculation that his position was threatened.

Appearing at the conference Wednesday, Mohammed called the journalist's killing "a heinous crime."

In another sign that the kingdom is seeking to contain the widespread fallout, Salah Khashoggi, the eldest son of Jamal Khashoggi, has left Saudi Arabia, two people close to the family said Thursday. The son, a dual U.S.-Saudi citizen who was photographed receiving condolences from Salman and Mohammed on Tuesday, had previously been restricted from leaving.

Salah Khashoggi was headed to the United States to join his three siblings, who are already here, according to one of the people.

The photos and video footage of him meeting with the king and crown prince were released by the Saudi government in an apparent effort to showcase their sympathy. Instead, the images elicited scorn on social media, with critics accusing the leaders of exploiting a grieving son.

State Department deputy spokesman Robert Palladino told reporters that "we made it clear that we wanted him to be able to return [to the United States], and are pleased that he's been able to do what he so desires." Asked if the son had faced obstacles in leaving Saudi Arabia, Palladino said he was "not aware" of any.

Jamal Khashoggi, 59, was a contributing columnist for The Washington Post who was living in Virginia after leaving Saudi Arabia because of fear about his safety. He had been planning to settle in Istanbul and marry his Turkish fiancee when he was detained and killed in the Saudi Consulate.

Also Thursday, the European Union issued a fresh condemnation of Khashoggi's killing and reiterated its skepticism that it could have been carried out without Mohammed's knowledge.

French President Emmanuel Macron and British Prime Minister Theresa May both spoke via telephone with Salman, the king, according to a statement issued by the Saudi Foreign Ministry late Thursday, hours after the European Parliament's resolution passed.

According to an Elysee Palace readout of the conversation, Macron pressed his Saudi counterpart for more clarity on what happened to Khashoggi and told him France considers freedom of expression and freedom of the press an "essential priority."

But Britain and France have both stopped short of suspending arms sales to the desert kingdom.

Through a steady stream of leaks to Turkish and foreign media outlets, Turkish officials have mounted a compelling case that the Saudi agents planned all along to kill Khashoggi, dismember him and dispose of his remains. The Turks have identified a Saudi forensics specialist who is an expert in mobile autopsies and traveled to Istanbul the day Khashoggi was planning to visit the consulate. They also photographed Saudi diplomatic vehicles scouting wooded areas in the days before Khashoggi disappeared.

In addition, the leaks have featured surveillance pictures of a Saudi agent wearing Khashoggi's clothes and a fake beard and leaving the consulate, in what appears to be an orchestrated bid to fool investigators into thinking the journalist had safely left the diplomatic mission, as the Saudis initially claimed.

Although the Turks have mounted an extensive search of the consulate and other areas in Istanbul, they have released no information indicating his remains have been found.

El-Ghobashy and Fahim reported from Istanbul. The Washington Post’s John Hudson and Josh Dawsey in Washington, James McAuley in Paris and Quentin Ariès in Brussels contributed to this report.