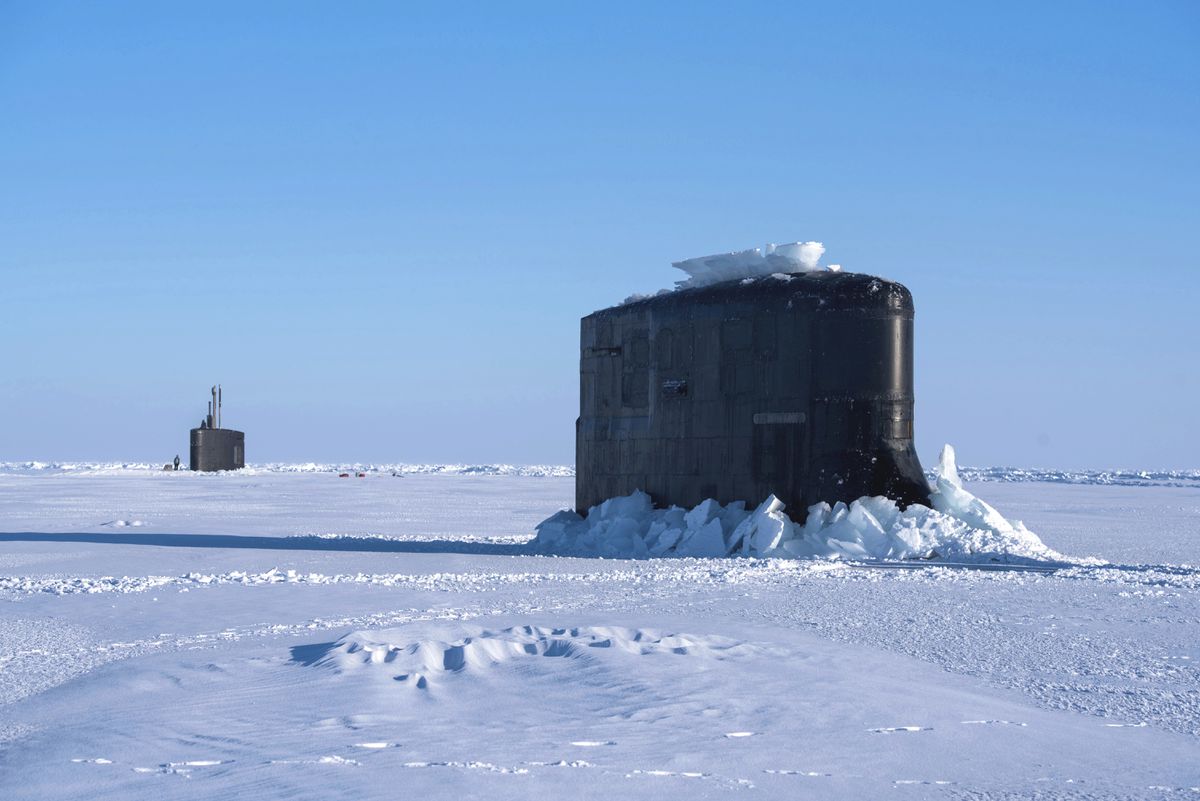 WASHINGTON - The Trump administration is drafting a new Arctic defense strategy focusing heavily on competition with China, whose expansion around the world has drawn increasing scrutiny from senior U.S. officials.

The document will outline how the Pentagon "can best defend U.S. national interests and support security and stability in the Arctic," said Johnny Michael, a Pentagon spokesman. It will do so, he said, within the framework of the Pentagon's national defense strategy, which last year emphasized shifting the military away from counterterrorism operations to so-called "great-power competition" with Russia and China.

Both the Defense Department and the White House's National Security Council will be involved in writing the document, which was mandated by Congress and must be delivered to lawmakers by June.

The discussions come as U.S. defense officials increasingly turn their eyes north, noting how the receding polar sea ice is opening new paths for sea vessels. In recent months, the Pentagon sailed an aircraft carrier above the Arctic Circle for the first time in decades, added more fighter jets to Alaska and made plans to add Navy P-8s, submarine-hunting reconnaissance planes, in Iceland.

"We welcome any country to operate in the Arctic as long as that presence is in compliance with international norms and rules of behavior," Michael said. "The United States and its Arctic ally and partner nations work together in numerous forums to address shared regional concerns including fisheries management, shipping safety and scientific research."

It isn’t clear if the the strategy will address why sea ice is melting, or simply focus on what U.S. officials should do to protect the region. While most climate scientists and U.S. intelligence agencies have identified climate change as a threat to national security, President Donald Trump has questioned its existence. Defense officials have sought to avoid the controversy, accepting that ice is melting but leaving it to others to explain why.

"It's kind of like, 'We don't want to talk about the science, but we know the conditions have changed,'" said Sherri Goodman, who studies Arctic issues and focused on environmental issues in the Clinton administration. "I definitely could see them taking that approach in these documents, too."

U.S. officials have for years raised concerns about the Arctic becoming increasingly militarized as it becomes easier to navigate. Many of those questions focused on Russia, which has expanded its fleet of icebreaker ships to more than 40, re-opened Cold War-era military bases in the region and said it will deploy new anti-aircraft missiles on some of them.

But Russia has the largest Arctic border of any nation, making it a definite player in the region. It also has a history of cooperating with the United States on some Arctic issues, such as the search and rescue of mariners in distress.

China's recent behavior in the Arctic has triggered some alarms in the Pentagon. Last year, it declared itself a "near-Arctic nation," an effort to inject Beijing into Arctic discussions and defend its desire for a "Polar Silk Road," in which Chinese goods would be delivered by sea from Asia to Europe.

Beijing also has offered to bankroll projects in the region with loans, such as three airports in Greenland that drew the concern of former defense secretary Jim Mattis because of their potential military applications. In that case, the Pentagon made the case to Denmark that it should fund the facilities, the Wall Street Journal first reported last month. Denmark eventually agreed to grant loans for the first two of them, with the Pentagon offering to fund undetermined airport infrastructure, defense officials said.

"Countries should be wary of piling on monumental debt, particularly 'loan to own' projects, that undermines their freedom of political action and sovereign choices," Michael said. "Beijing's lack of transparency in its polar research, expeditionary activities and approach to natural resource development is also of concern."

Jim Townsend, a senior defense official during the Obama administration who focused on European and Arctic issues, said that “everyone is looking at China and how aggressive they are.”

"They have a lot to gain economically by having shipping times cut by having that northern passage," he said.

The new review has been launched as the release of Arctic strategy documents in some of the services proceed at different paces.

Adm. Karl Schultz, the Coast Guard commandant, said in August that he expected his service's strategy could be released by the end of 2018, but it still has not been.