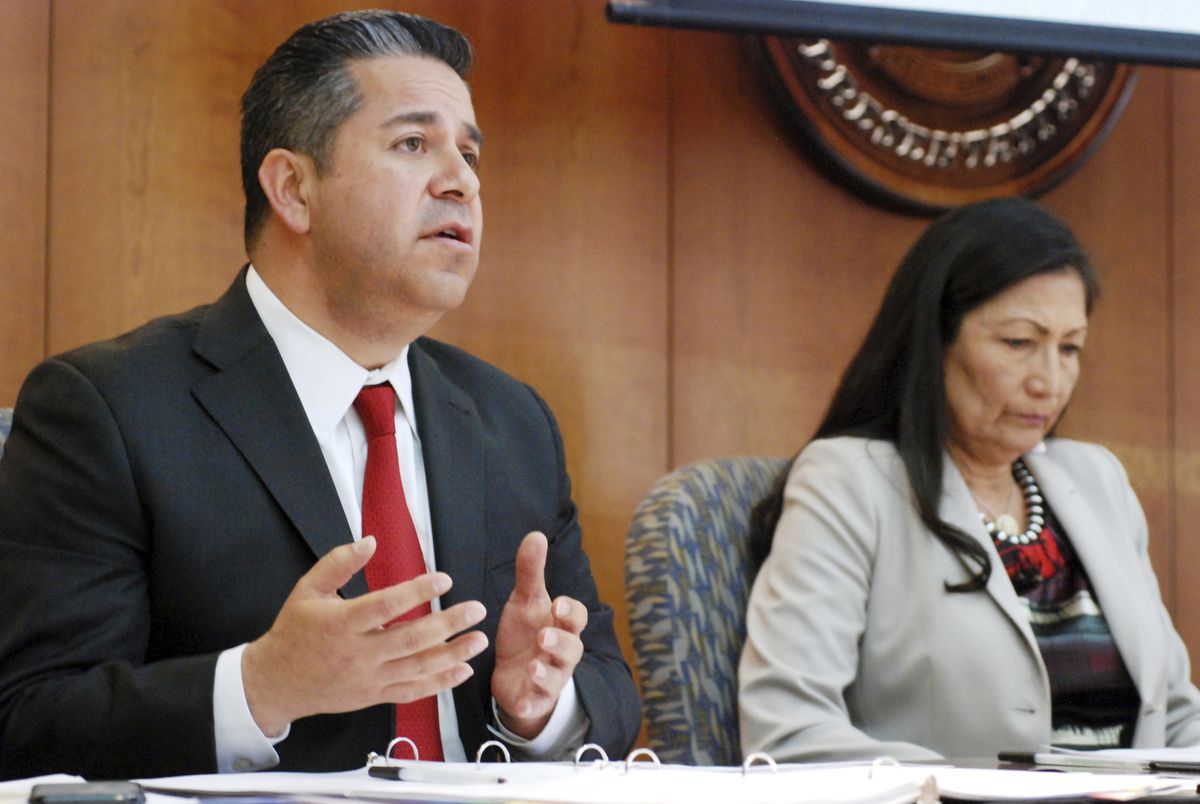 ALBUQUERQUE, N.M. — A group of U.S. lawmakers made another push Thursday to ban collectors and vendors from exporting Native American ceremonial items to foreign markets, including Paris, where there has been uproar over auction houses listing tribal pieces for sale over the years.

The lawmakers introduced the Safeguard Tribal Objects of Patrimony (STOP) Act, which would also increase penalties within the United States for trafficking objects that tribes hold sacred by increasing prison time from five years to 10 years for violating the law more than once.

At the same time, the bill would establish a framework for collectors to return protected items to tribes and avoid facing penalties.

In 2016, Heinrich blamed federal legal loopholes for stifling efforts to retrieve a ceremonial shield from a Paris auction house that year.

“It is only right for other countries to respect ownership of the sacred treasures, artifacts and other items belonging to Native Americans,” Cole said Thursday. He and Haaland are among four Native American representatives in Congress.

“By protecting and repatriating tribal cultural heritage, we are also actively preserving the cultural identity and history of our Native populations," Murkowski said in a statement. "This process of returning stolen items back to their rightful owners in our Native communities aids in the process of healing from cultural oppression.”

Lujan, who is the assistant House speaker, said he was confident the bipartisan legislation would pass.

U.S. law prohibits the trafficking of certain items domestically but does not explicitly ban dealers from exporting them, according to lawmakers.

“The STOP Act is a critical step — the legal protection of our cultural heritage will help ensure the history of misappropriation of Native objects will not repeat itself,” Vivian Korthuis, CEO of the Association of Village Council Presidents, said in a statement. “These objects belong to us — they are a part of the legacy we will always share with future generations.”

Collectors have expressed concern that the legislative efforts hurt the market for Native American artifacts.

Last year, a federal report found the number of Native American cultural items listed for bidding at five Paris auction houses declined after outcry led French dealers to halt the sale of the Acoma Pueblo ceremonial shield in May 2016.

Tribal leaders said the circular shield was taken from their village in New Mexico decades ago before appearing for sale on the auction house's website.

In 2016, the U.S. Government Accountability Office found that 220 items were listed in Paris auction catalogs with less than a third of the items marked as sold. By year's end, the number of items listed dropped 75 percent.

Last week, a settlement agreement in U.S. court in New Mexico called for the Eve auction house to release the shield to the U.S. Embassy in Paris, so it could be returned to Acoma Pueblo.

The agreement involved Acoma Pueblo and Jerold Collings, a resident of New Mexico who has said he inherited the shield from his mother.

The U.S. attorney’s office in New Mexico has sought to execute a warrant granted by U.S. courts for the return of the shield.

Its return to New Mexico would require cooperation from the auction house in Paris. Eve did not immediately respond to an emailed request for comment on Thursday.