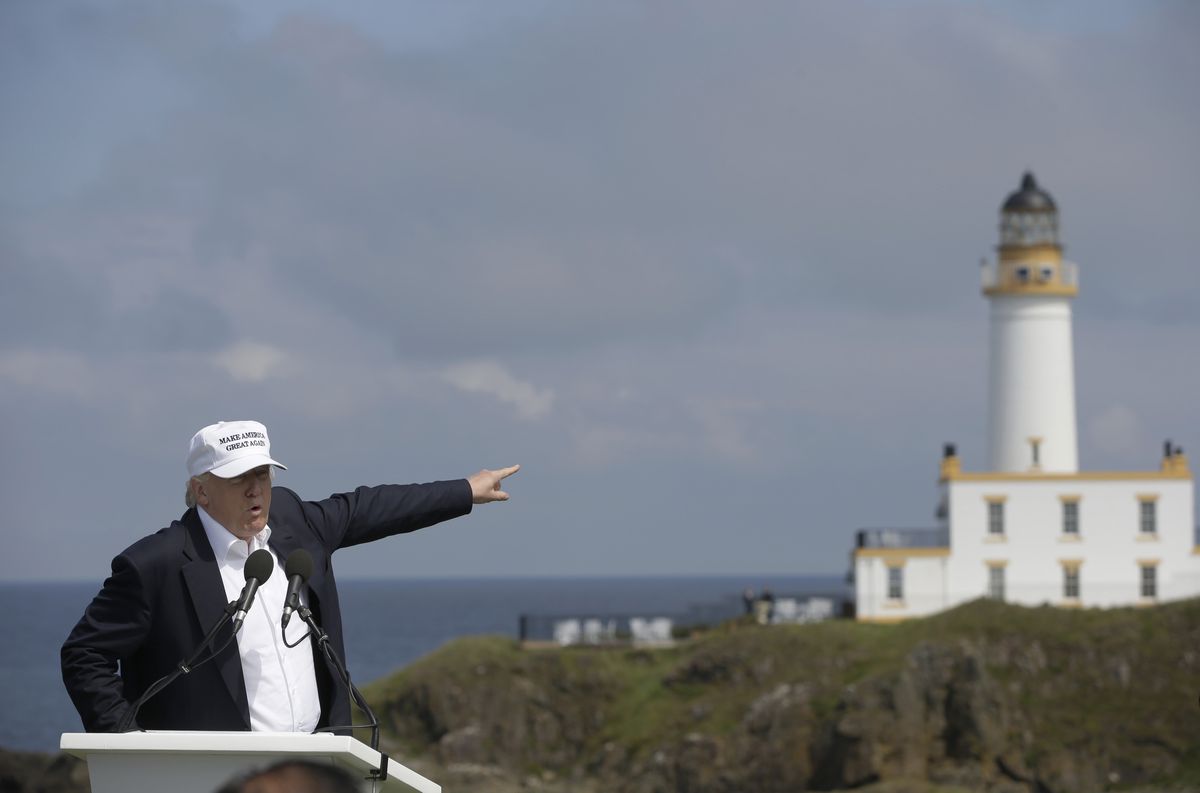 The Air Force has launched a review of its selection of lodging accommodations amid heightened scrutiny of a decision to place an Alaska-based crew at the Trump Turnberry resort in Scotland, which it acknowledged Sunday “might be allowable but not advisable.”

In a statement, the Air Force said its leadership has directed the Air Mobility Command to "review all guidance pertaining to selection of airports and lodging accommodations during international travel."

The statement cited the episode in March in which seven crew members flying on a transport plan from Kuwait to Alaska stayed at the Trump family-owned resort during a layover at the Glasgow Prestwick Airport, which is about 30 miles from Trump's resort and has been used with greater frequency during Trump's presidency.

"While initial reviews indicate that aircrew transiting through Scotland adhered to all guidance and procedures, we understand that U.S. Service members lodging at higher-end accommodations, even if within government rates, might be allowable but not advisable," the statement said.

The statement also defended the increased use of the Prestwick Airport, saying it is "ideally suited along the route of flight to/from Europe and the Middle East."

The review comes as House Democrats have stepped up scrutiny of whether Trump is improperly benefiting financially from government funds flowing to his family's properties, including Turnberry.

The House Oversight Committee is investigating why the Prestwick Airport, which had been financially struggling, has seen an uptick in expenditures by the U.S. military since Trump took office.

In a letter to the Defense Department in June, leaders of the Democratic-led committee said the airport "reportedly has provided 'cut-price rooms for select passengers and crew' and 'offered free rounds at Turnberry to visiting U.S. military and civilian air crews.' "

Trump purchased the cash-strapped golf course on the west coast of Scotland in 2014 and has never turned a profit on his investment.

The Air Force on Saturday defended the stopover in Glasgow en route to Kuwait and provided additional details about that trip, which took place from March 13 to March 19.

The Washington Post’s Colby Itkowitz and Missy Ryan contributed to this report.