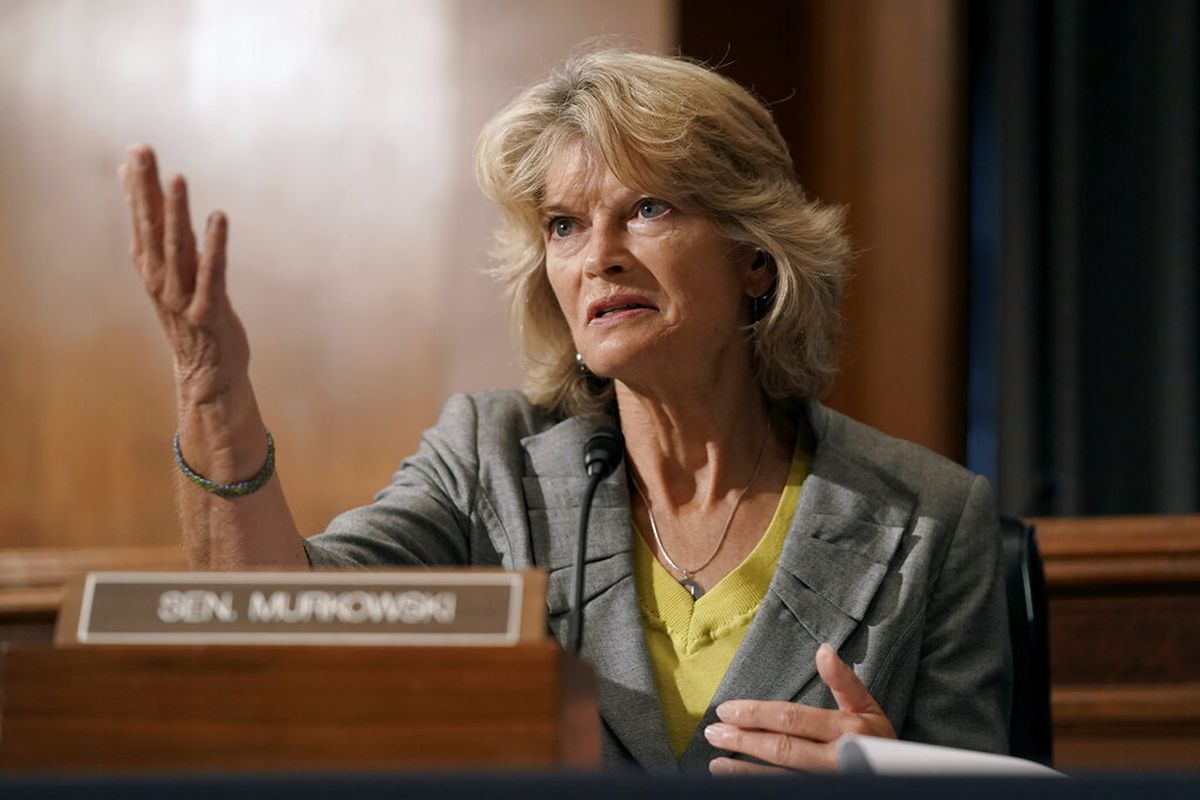 Tucked among the 5,500-some pages of legislation with more than $2 trillion in spending and COVID-19 aid that President Donald Trump signed last month was one of Sen. Lisa Murkowski’s biggest policy accomplishments, but according to Murkowski, that’s sort of how she wanted it.

The 532 pages of the year-end omnibus spending bill that comprise the Energy Act of 2020 culminate almost six years of work, procedural hang-ups and near-victories for Murkowski, who credited her staff for their continual effort.

However, the progress of the often-wonky energy policy reform package over the year was largely kept under wraps until announcing an agreement with House Democrats just a day before Congress passed the larger bill.

Her American Energy and Innovation Act stalled in early March just prior to a planned Senate vote because it went through what she described in a Dec. 31 interview with the Journal as “a very unique process.”

“Until we got this thing signed into law I really didn’t want to advertise the fact that this bill didn’t pass the United States Senate,” Murkowski said.

The American Energy Innovation Act was already her third attempt at passing major energy reform as chair of the Energy and Natural Resources Committee. It was held up by a bipartisan group of senators who wanted the bill to also include mandatory phase down in the country’s use of hydrofluorocarbons, or HFCs, which are often used in air conditioning and refrigeration systems and are also potent greenhouse gasses.

But Murkowski noted that HFCs fall under the jurisdiction of the Environment and Public Works Committee, so the provisions couldn’t be added to the bill and there was little she could to at the time to move it forward.

In December 2016, Murkowski watched her Energy Policy Modernization Act die in conference committee during the last days before the Christmas break despite Republican control of both chambers in Congress. She was sharply critical of House leaders who she said at the time chose to attend a holiday party in New York rather than finish negotiations on a bill that had already passed both bodies with strong support.

This time, after roughly five months of what she called “much, much, much urging and pressure,” EPW chair Republican Sen. John Barrasso, ranking Democrat Tom Carper and Republican Sen. John Kennedy in early September announced a 15-year phase down compromise to the HFC issue that would be added to Murkowski’s energy legislation. Still further delays of procedural votes for unrelated matters kept the Senate from passing the Energy and Innovation Act before the election.

That led Murkowski and ranking Energy and Natural Resources Committee Democrat Joe Manchin of West Virginia to work with Democrat House Energy and Science committee leaders to meld their bill with the Clean Energy Jobs and Innovation Act, which passed the House but was too partisan to pass the Republican Senate, according to Murkowski.

“We basically took the two bills — even though ours had not passed the Senate yet — and we just kind of did an overlay. For three months we went back-and-forth, back-and-forth,” Murkowski described, admitting that she thought it was dead around Thanksgiving.

As for the substance of the Energy Act, it’s an attempt to modernize at-times technical policies that largely hadn’t been looked at in more than a decade.

Murkowski called it “almost incomprehensible” that the last major energy reform bill passed by Congress was the Energy Independence and Security Act signed by President George W. Bush in December 2007.

Since then the entire country, not just the oil industry, has undergone the shale revolution, which switched the U.S. from being a major longtime importer of oil to a net exporter of oil and natural gas; the closely-tied LNG industry has exploded; and the climate change debate in the public and Congress has shifted from whether it’s real to what should be done about it in addition to major technological advancements in renewable energy production.

“It just causes you to think about how much are we holding ourselves back because we haven’t reformed our own policies?” Murkowski said.

Democrats have frequently called the Energy Act a “down payment” on cleaner energy production and carbon capture efforts.

With provisions from nearly 70 senators, it authorizes investments in renewable energy technologies. Department of Energy geothermal demonstration projects will be funded at $170 million annually, for example, according to a summary of the massive bill by the industry law firm Holland and Knight. Similarly, $125 million per year will go to wind energy research and development programs and $300 million will go towards solar advancements.

It also aims to improve permitting for renewable projects on federal lands via improved coordination between Interior Department agencies.

House Energy and Commerce chair Rep. Frank Pallone, D-N.J., said in a joint statement with other committee Democrats that the reforms and investments made in the long-overdue bill will help transition the country to a cleaner, low-carbon future.

“This legislation includes programs to develop and deploy renewable energy, improve efficiency of our homes and businesses, modernize the grid, reduce carbon pollution from industrial and traditional power sources and more,” the Democrat lawmakers said.

Murkowski said she believes a focus on energy storage technologies — large-scale batteries — will be an area where the Energy Act can have a lasting, positive effect.

She noted many prominent renewable advocates consider storage the “holy grail” of energy advancements and systems are already being used in small one-off applications such as by the Cordova Electric Cooperative.

The Cordova utility uses a 1-megawatt lithium ion battery to store previously forgone hydro energy to be used in summer when fish processors significantly increase the community’s collective electric demand, lessening the use of diesel to supplement the hydro production.

“I think that (storage) will really help us as we move forward with different technologies, different energy sources, allowing us to better utilize our intermittent sources with a level of reliability and stability,” Murkowski said.

More than $100 million will go to establish a new energy storage and grid integration research program with additional grants for future demonstration projects.

She spoke similarly about the potential benefits of mobile, small-scale nuclear reactors in Alaska.

“I keep coming back to the various applications that we could have in Alaska that could reduce costs, reduce emissions and allow for a level of reliability we haven’t even seen yet,” Murkowski said of advanced nuclear energy in the state. “We’re talking about units the size of a Connex.”

The bill that was the result of six years of work also passed as Murkowski ended her six-year term chairing the Energy and Natural Resources Committee, per caucus rules. She previously spent six years as the ranking Republican on the committee as well, meaning when Congress reconvened Jan. 3 she became a rank-and-file ENR member for the first time in 12 years.

Murkowski also noted that her run on ENR was preceded by that of her father, former Gov. and Sen. Frank Murkowski.

She was appointed to the Senate by her father in 2002.