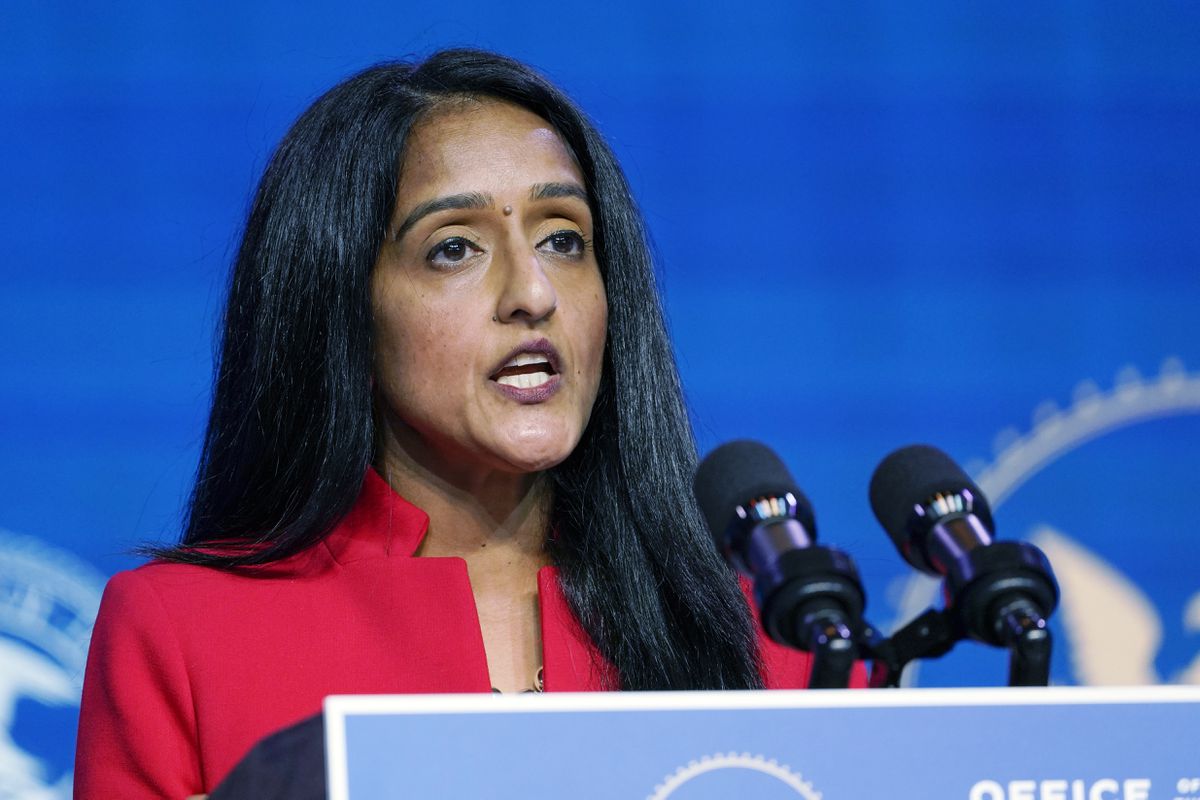 WASHINGTON — The Senate voted narrowly to confirm Vanita Gupta, President Joe Biden’s nominee for the No. 3 position at the Justice Department, in a near party-line vote after a debate that invoked the national dialogue over police reform and civil rights in the aftermath of George Floyd’s killing.

The 51-49 vote Wednesday reflected weeks of debate over the selection of Gupta for a position that will be involved in civil rights policy and oversee antitrust enforcement. But the vote took on added symbolism a day after a white former Minneapolis police officer, Derek Chauvin, was found guilty of killing Floyd, an unarmed Black man.

“We need the right people in the Department of Justice at this moment in history more than ever in current memory, and we have the beginnings of that team,” Senate Judiciary Chairman Richard Durbin said on the Senate floor. “Anybody who’s turned on the news in the last week has seen that we need police reform in this country.”

He said Gupta, 46, would be the first civil rights attorney and first woman of color to be associate attorney general and Republicans are “just not ready for that kind of change.”

Not all Republicans agreed. In the evenly divided Senate, the key vote of support came from Republican Sen. Lisa Murkowski of Alaska, who said she believed Gupta was “deeply committed to matters of justice.”

Gupta, a veteran of the Justice Department, is expected to play a key role in advancing Garland’s priorities of ensuring that laws are enforced fairly and impartially. She headed the department’s civil rights division under President Barack Obama from 2014 to 2017.

The Senate acted on Gupta’s nomination one day after confirming Biden’s choice of Lisa Monaco to be deputy attorney general. The Senate, however, has yet to act on other Biden nominees, including Kristin Clarke to head the civil rights division.

Biden said Tuesday in remarks after the Chauvin trial verdict that Gupta and Clarke “are eminently qualified, highly respected lawyers who have spent their entire careers fighting to advance racial equity and justice.”

“Vanita and Kristen have the experience and the skill necessary to advance our administration’s priorities to root out unconstitutional policing and reform our criminal justice system. And they deserve to be confirmed,” Biden said.

During her confirmation hearing March 9, Gupta fought off attacks by conservative Senate Republicans that she’s too liberal and not trustworthy.

Gupta denied assertions that she has supports defunding police and decriminalizing all drugs. The challenges to Gupta came despite endorsement of her nomination by a number of major police organizations and conservative groups that have worked with her during her time heading the Leadership Conference on Civil Rights and her previous service in the Justice Department.

“While I’ve been a lifelong idealistic civil rights lawyer, I am a deeply pragmatic person,” Gupta said. “I understand that the position of associate attorney general is a law enforcement position. It has to be strictly nonpartisan in every measure.”

Sen. Chuck Grassley, the Judiciary committee’s top Republican, said Gupta has “been a strident proponent of many very liberal causes” and “it’s hard to disentangle her legal career from her very progressive politics.”

As head of the civil rights division during the Obama administration, Gupta oversaw the use of “pattern-or-practice” investigations of police departments alleged to engage in frequent abuses. It was an approach opposed by some in law enforcement and largely abandoned under President Donald Trump.

Garland announced Wednesday that the Justice Department is opening just such an investigation into policing practices in Minneapolis in the aftermath of Floyd’s killing.