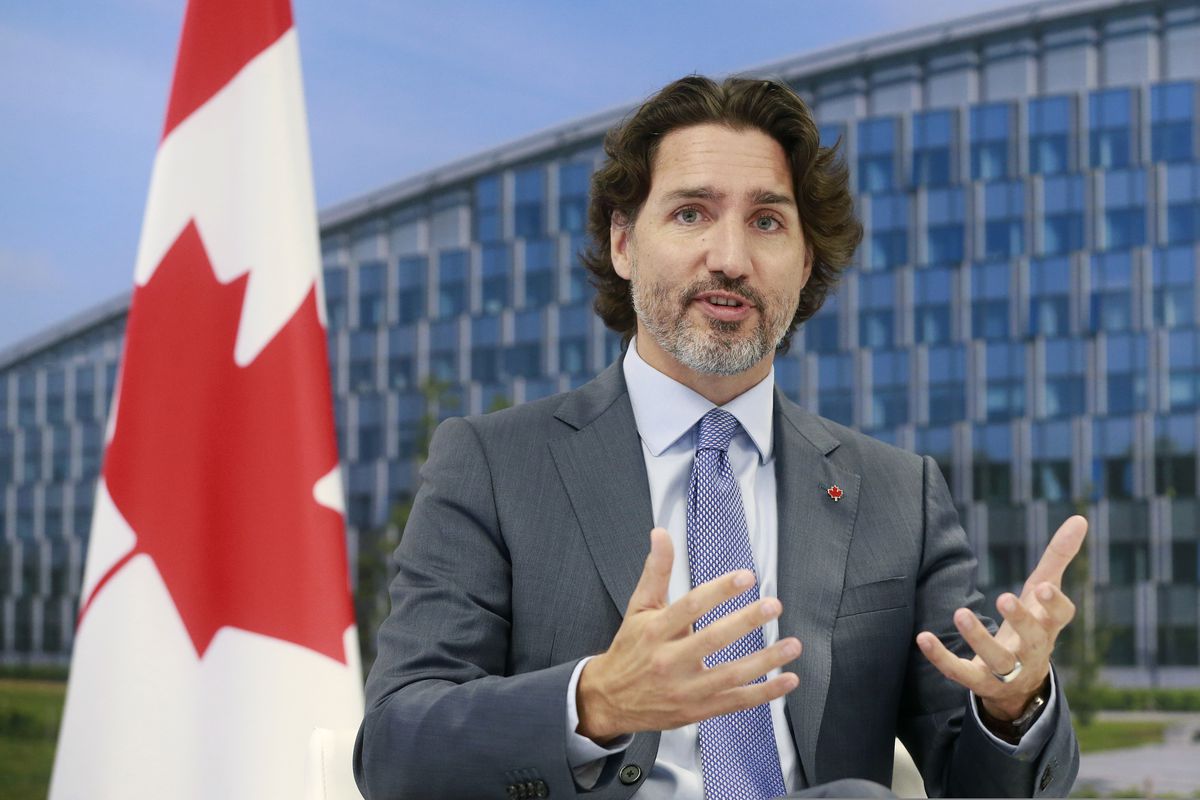 TORONTO - A Florida man takes out ads to call out the U.S. and Canadian governments for failing to lift border restrictions. Lawmakers use salty-ish language. Business owners worry about losing a second lucrative summer season.

As restrictions on nonessential travel across the U.S.-Canada land border enter their 16th month this week, pressure is rising on both sides for Prime Minister Justin Trudeau and President Joe Biden to crack it open - even a little - or to provide something, anything, about what a reopening plan might look like.

Ottawa on Monday did announce some changes at the border, to start July 5. They’d allow Canadian citizens and permanent residents who are fully inoculated with a Health Canada-authorized vaccine, and who test negative for covid-19 before and after arrival, to bypass some quarantine and testing requirements.

But the announcement means most fully vaccinated foreigners, including Americans, who hope to enter Canada for nonessential purposes are out of luck. And a growing number of lawmakers, residents and business groups on both sides of the world’s longest undefended border are out of patience.

Canada’s announcement last week that the curbs on nonessential travel across the border would remain in place until at least July 21 drew unusual fury. Rep. Brian Higgins, D-N.Y., a co-chair of the Congressional Northern Border Caucus, tweeted a barnyard epithet.

On the other side of the border, some business leaders, including Harley Finkelstein, the president of Canadian e-commerce giant Shopify, also panned the move. Perrin Beatty, chief executive of the Canadian Chamber of Commerce, asked why there are different rules for fully vaccinated Canadians and fully vaccinated foreigners.

“The fact that it is easier for vaccinated Canadians to fly to Paris than it is to drive to Buffalo demonstrates how illogical the present policy is,” he said.

Ottawa and Washington agreed to the restrictions in March 2020, and they’ve extended them month by month ever since. The curbs have had limited effects on trade and some essential workers. But they’ve upended life in border communities, kept families apart, devastated tourism and prompted concerns that they have been habit-forming, with effects that will take time to unwind.

The countries have also closed their land border to asylum seekers at unofficial entry points, measures that have drawn criticism from human rights groups and refugee lawyers and advocates.

There have been some exemptions, including for National Hockey League players during the Stanley Cup Playoffs.

Biden and Trudeau discussed the border on the sidelines of the Group of Seven summit this month in Britain, but were not forthcoming about when restrictions might ease. The Biden administration said this month it was forming “expert” working groups, including with Canada, to determine how to restart travel.

U.S. lawmakers from across the political spectrum have pushed Biden to open the U.S. side unilaterally, a step that might be viewed as not so neighborly, after a year in which officials on both sides have pointed to their work on the border measures as an example of close cooperation.

“I honestly don’t think that level of bilateral coordination is all that great because if it was, we would have a plan by now,” said Laurie Trautman, director of the Border Policy Research Institute at Western Washington University. “This shouldn’t be such a mystery. There should a clear, well communicated goal and structured plan. . . . Our two countries should be able to do better than that for these people who are really suffering in these communities.”

Canadian officials have indicated plans for a “phased” approach to easing the border restrictions, to be guided by measures such as vaccination rates, covid-19 case counts and hospitalization numbers, but they’ve provided little in the way of actual benchmarks.

“We’ll come back to Canadians in the near future on what kinds of metrics will allow us to have the confidence to reduce measures even further,” Health Minister Patty Hajdu said Monday.

Trudeau has acknowledged the “impatience.” He has suggested that he wants 75% of Canadians to have at least a first vaccine dose and at least 20% to be fully vaccinated before “loosening things up.” Some officials in his government have thrown around figures that are higher.

After a sluggish start, Canada’s vaccination rollout is now steaming ahead. Roughly 66% of Canada’s population has received at least one dose and almost 19% are fully vaccinated, according to Oxford University’s Our World in Data.

A punishing third wave of the coronavirus in the spring triggered new restrictions on businesses and social life, but cases and hospitalizations have since fallen precipitously across much of Canada.

Officials here are still cautiously easing the measures. That means that life in much of the United States is further along on the pathway to normalcy.

In Ontario, Canada’s most populous province, indoor dining is off limits. Hair salons in Toronto have been closed since November. British Columbia last week allowed recreational travel between public health regions. Some provinces have not yet lifted interprovincial travel restrictions or quarantine measures.

The contrast between the Canadian and U.S. approaches has been on display in the NHL playoffs. The Montreal Canadiens have since late May played before 2,500 fans at the Bell Center. But on the road, some 18,000 spectators have filled the T-Mobile Arena for their semifinal series against the Vegas Golden Knights.

At home, Trudeau must walk a bit of a tightrope. There’s no consensus among the provincial premiers - the Canadian analogue to state governors - about when or how to lift the restrictions. Public opinion surveys show many Canadians would be happy to keep them in place for a few more months.

The longer the border stays closed, some analysts have said, the longer it will take for travel and cross-border relations to go back to normal.

“I think that U.S.-Canada relations are still damaged from the Trump administration,” Trautman said, “and so I do think that some of what we’re seeing on the border in terms of the Canadian approach, in my opinion, is not just about the virus. There’s some other stuff going on there as well.”