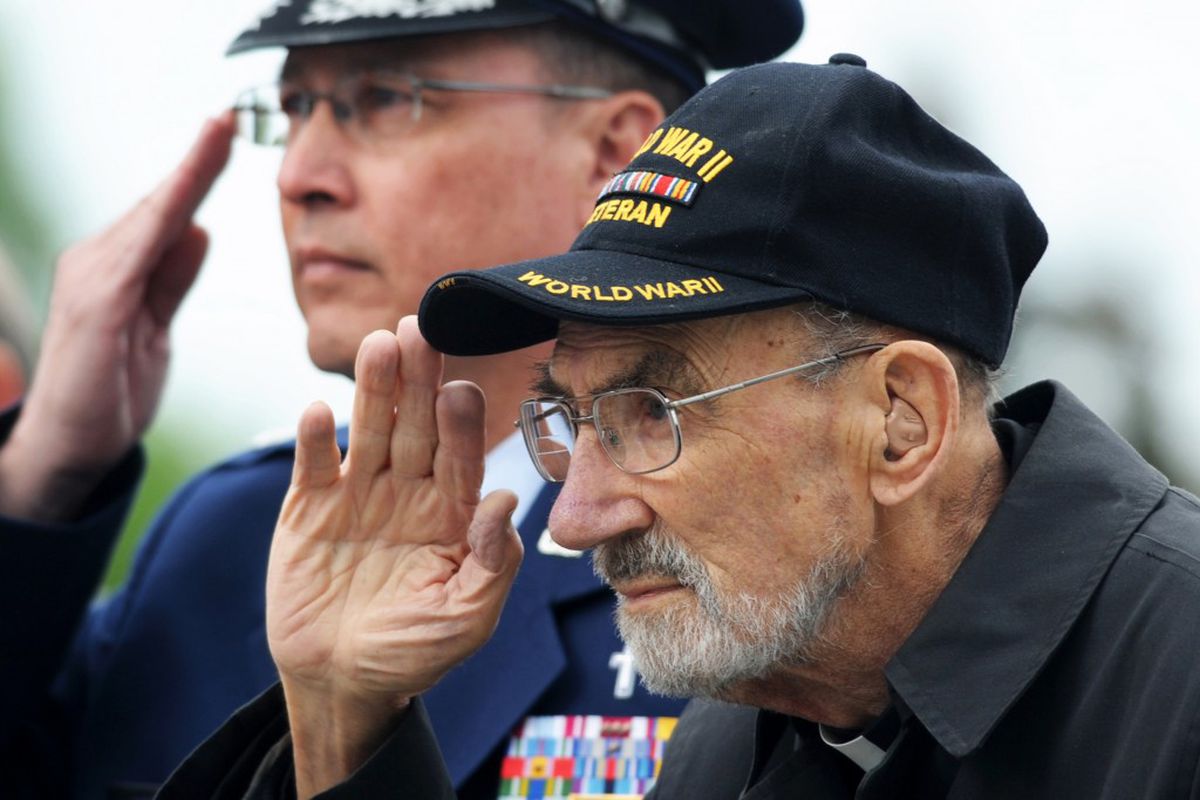 The Reverend Norman Elliott, longtime rector of All Saints' Episcopal Church in Anchorage, died Friday. He was 97.

Elliott was born Feb. 2, 1919, in Plymouth, England, and came to the U.S. at the age of 4 when his parents moved to Detroit. As a teenager, he decided to become a minister, but as World War II started, he enlisted in the U.S. Army. As a commissioned officer, he saw combat in France, Luxembourg and Germany.

After the war he returned to college, then earned a divinity degree at Virginia Theological Seminary. He was ordained as an Episcopal deacon and sought a missionary assignment in India. But no positions were open, so he came to Alaska in 1951.

He was originally posted to St. Mark's Church in Nenana. In 1952, he was ordained as a priest at All Saints', where he would later serve as rector. At different times he was assigned to Fort Yukon, Fairbanks and Ketchikan in the 1950s and early '60s. He taught for the Bureau of Indian Affairs in Eagle Village in 1958.

He became rector of All Saints' in 1962 and remained the primary pastor of that church until he retired in 1990. However, when the serving rector left in 2013, he resumed the duties for two years until a replacement could be found.

During his career, he traveled by dog sled and bush planes to tend to Episcopalians and others in remote parts of Alaska. He earned his pilot license at Merrill Field in 1952 and used his yellow Piper Pacer — known as "the Drunken Canary" — to travel between villages.

He was especially known for visiting the sick as a volunteer chaplain and serving on civic and military advisory groups. He was also noted for his commitment to building bridges between faiths. He invited Anchorage's Jewish community to meet at All Saints' until they could get their own location. He was leading the Stations of the Cross on the top floor of the church while Jewish women were in the basement preparing a Passover supper when the Good Friday Earthquake struck in 1964.

"That was the first Jewish/Episcopalian exodus," he quipped.

He officiated at weddings and baptisms for members of the Greek Orthodox religion until they acquired their own priest and church in Anchorage. When the Russian Orthodox Church needed space for its first convocation in Alaska, he offered All Saints' as a venue. He shared a deep friendship with the late Roman Catholic Archbishop of Anchorage, Francis Hurley, with whom he often co-officiated at ecumenical services.

In his later years, he could regularly be found at art events and community happenings. His tales of the war and Alaska of yore always drew listeners.

Elliott relished festivities and lively get-togethers. Well into his 90s, he attended parties held by old-time families whose parents or grandparents had known him early in his ministry. Friends celebrated his final birthday at McGinley's Pub in downtown Anchorage.

He was preceded in death by his wife of 38 years, Stella, who died in 1996. He is survived by a son, Sidney Elliot of Corvallis, Oregon, and two daughters, Pamela McKinney of Anchorage and Laura Bender of Fairbanks.

A viewing will take place from 1 to 4 p.m. Monday, Sept. 19, at All Saints', with a funeral service at 4 p.m. Anticipating a crowd larger than the church can accommodate, the family has arranged for the service to be simulcast at the Egan Center.