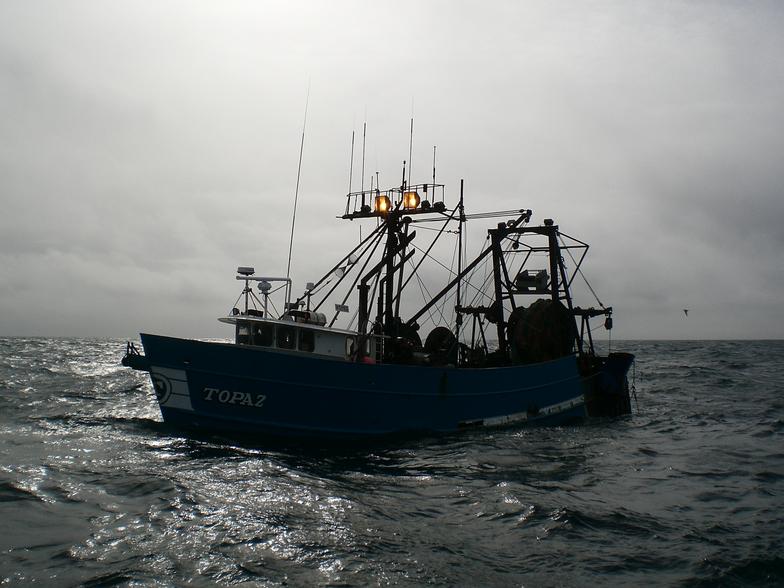 Something remarkable happened in my hometown of Kodiak recently. Roughly 1,000 people turned out to celebrate our groundfish trawl fishery. It was a family affair, with processing workers and their kids, fishing families, support businesses and local officials all participating in the parade and the barbecue picnic that followed. More than 2,000 meals were served and $17,000 was raised for the local Brother Francis Shelter.

For me this was very special. My brother and I were some of the pioneers of the trawl fishery here in Kodiak. We started from scratch when the United States claimed a 200-mile zone. I remember the foreign fleets off our shores, and once they were replaced by U.S. vessels like ours, I remember how the trawl fishery for pollock and cod helped put the town back on its feet after the collapse of the crab and shrimp fisheries in the late 1970s. I am proud of the fact that the fishery I helped pioneer now supports a year-round fishing economy here in Kodiak.

Although I am retired now, I continue to follow how the fishery is run. And I am concerned.

In the past, when we were struggling to build the fishery, the state of Alaska was on our side. We worked hard together to build a fishery that was managed by scientific principles and research, with no overfishing. We pioneered putting observers on .US. vessels, and unlike a lot of other fisheries here in Alaska we have had observers for roughly 30 years. We worked alongside the state and the North Pacific Fishery Management Council to meet conservation and management challenges together, to ensure practical solutions that ensured an economically sustainable fishery for Kodiak and other Alaska coastal towns.

But now it seems that the state of Alaska is not concerned about the impacts of its decisions on the hard-working participants in this fishery and communities like mine that are dependent on groundfish. That certainly was the tone of the state's representative on the North Pacific Fishery Management Council during its recent meeting here in Kodiak. Gov. Walker has said that the private sector needs to do more for Alaska as our economy struggles with declining oil revenues. So it would seem to me that the governor would want to work with the participants in the fishery to make sure it thrives now and into the future.

It was a real joy to see all the people turn out for the first groundfish celebration here in Kodiak.

I wish the governor or his representative on the council had been able to attend. I think they would have enjoyed themselves and learned a bit about the importance of a year-round fishery to the economy of Alaska. I hope the governor and his representatives take a different approach over the next few months so the thousands of people here in Kodiak who depend on this fishery might have a bright future and Kodiak can continue to thrive.

Al Burch helped develop the groundfish industry in the Gulf of Alaska. He has served on numerous national and international fishing boards, including a 30-year career on the Advisory Panel of the North Pacific Fishery Management Council, and was the executive director of the current Alaska Whitefish Trawlers Association for nearly 40 years.  In 2009, Al was inducted into the United Fishermen of Alaska's Seafood Hall of Fame.

Enstar, the largest natural gas utility in Alaska, is being sold