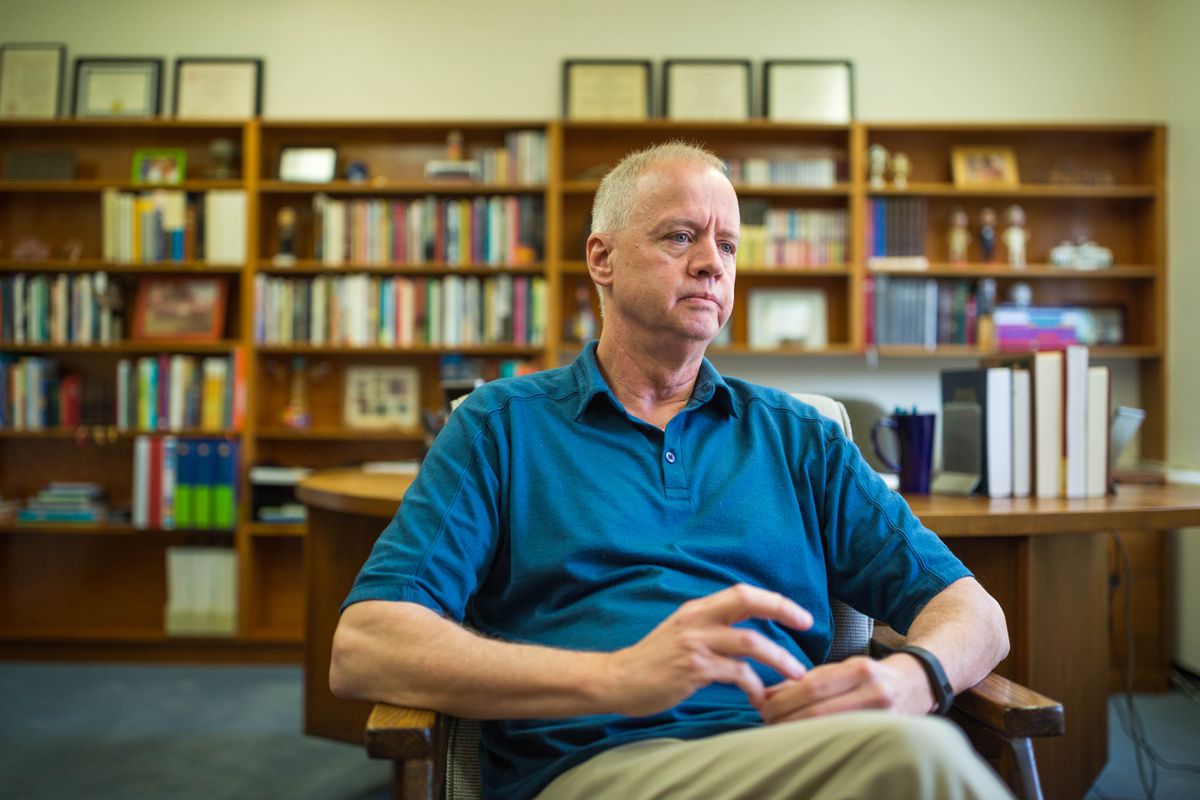 Rev. Jeff Hackler found his life's purpose teaching for five years in the Central African Republic with tribesmen who had nothing — no health care, inadequate food, deep in the jungle — and no hope of improving their lives

"They had no way to fight it. It was just so disheartening to see," he said. "And it was pretty much all politics, because if you belonged to the right tribe, then you got the positions in the world of politics where you got the right jobs and could make the decisions that needed to be made."

Hackler and his wife, Rev. Lisa Hackler, decided to devote their ministry to social justice, addressing the politics of poverty and race. They found plenty of work when they got home to Texas. Tribalism and politics are here too.

"I don't think humanity has changed that much in 10,000 years," Hackler said. "You can't divorce human need from politics. It's impossible."

For this column and the next two, I will explore the inspiration and social action of Anchorage's Christian leaders. Churches are shrinking, but even as attendance declines, they remain our culture's primary institutions defining ethics and morality. I wanted to learn the sources of these leaders' beliefs and how they project them into our changing community.

My next column will be about Dr. Jerry Prevo of Anchorage Baptist Temple, the powerful conservative who successfully fought LGBT rights legislation for almost 40 years. The final column will be on Jake Brownlee, a Chugiak High School football player who recently heard the call to become a Catholic priest.

Jeff and Lisa Hackler, who first met in seminary in the 1980s, arrived in Anchorage a year ago, Jeff taking over as pastor of Central Lutheran Church and Lisa at Alaska Native Lutheran Church, which meets in the same building in Fairview.

Coming from St. Louis, they were astonished when Anchorage parishioners complained about the 65-degree heat. But they liked the city.

"It's a very cosmopolitan place," Hackler said. "All kinds of people, and not the kind of blatant racism that was prevalent in St. Louis. And we left right in the middle of the Ferguson ordeal. And so it was very refreshing to come up here and see there was a different way to do a city."

Hackler said his affluent St. Louis congregation, although liberal, was not interested in the kind of big social change he cares about.

"And it was so sad to see. You could tell they knew there was more to life than that, but they didn't have the frame of reference to break out of it. And I think a lot of people in the Western world are caught up in that. And the purpose of the gospel is to give people a new narrative. A new way of living in the world."

At Central Lutheran, in the low-income Fairview neighborhood, members of the congregation go door to door to find out what the community needs. Homeless people make the church building their base, washing up in the bathrooms. The parish is working on setting up a foot and wound clinic for them.

Hackler recently became the president of the board of AFACT, a coalition of 16 local churches devoted to using the democratic process to help the poor and disenfranchised (the acronym stands for Anchorage Faith and Action — Congregations Together). Founded in 2003, the group has had a quiet but powerful impact on issues such as immigration, neighborhood policing and health care.

Most recently it lobbied to expand Medicaid health coverage to more poor Alaskans, holding candidate forums and town halls and meeting legislators. In 2013, a dozen members prayed at the press conference where Gov. Sean Parnell announced he was rejecting federal support for the program.

The group has a two-person staff and works through a careful, complex process of decision-making — church people are polite and do not rush — but with 16 congregations to draw on, it can bring out hundreds of people.

This is being a political Christian, Hackler said, but media usually portray instead conservative Christian activism concerning sexuality and sin.

"You ask most young people about the Christian faith, and they'll say they're misogynistic, anti-gay, anti-science, moralistic, hypocritical," he said. "That breaks my heart, because that's not the faith in which I was raised, and that's certainly not the faith that is practiced in this congregation."

A generation ago, families went to church as an expected routine. Most young people don't anymore, in Anchorage or across the United States. Hackler said his own grandchildren have not been baptized.

But, he added, "I don't see the death of Western Christianity as a bad thing. If you're going to have a resurrection, you have to have a corpse."

A reborn church might not rely on ritual, he said, adding that young people are still spiritual but might not care about services. At his last congregation, a church project in a homeless shelter brought in many helpers in their 20s and 30s who did not attend on Sundays.

"If we think just by opening the doors people are going to come to us, I think we're mistaken," he said. "The church is going to have to go to the people."